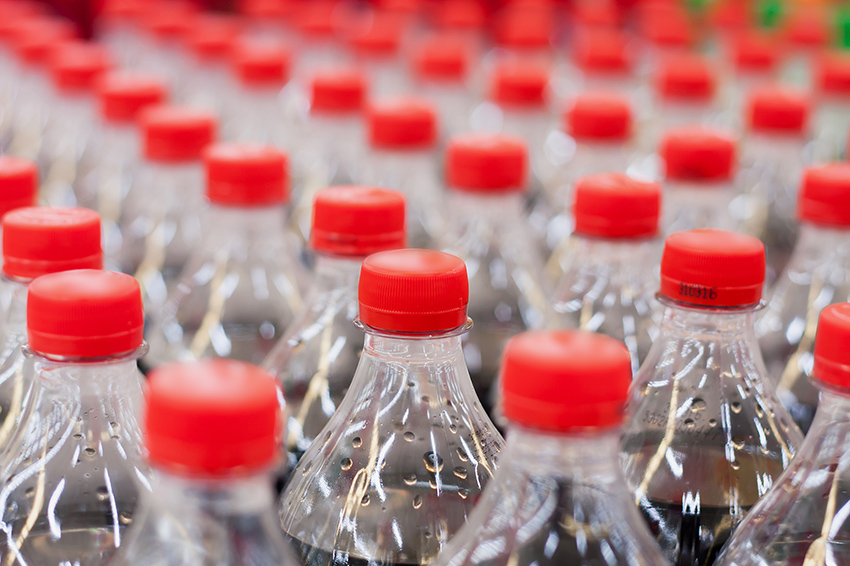 Backers of bottle bill updates in Massachusetts and Vermont were able to progress legislative proposals that they say could be primed to pass in 2022. | Kwangmoozaa/Shutterstock

Over the past year, the recycling policy discussion nationwide has focused mainly on proposals that force producers to pay for packaging recovery. But significant activity around container deposits is also taking place, particularly in the Northeast.

Connecticut passed a bill last year that increases the deposit to 10 cents and takes other steps aimed at lifting beverage container recycling.

Meanwhile, backers of bottle bill updates in Massachusetts and Vermont were able to progress legislative proposals that they say could be primed to pass in 2022.

“This is the biggest chance we’ve had to update this law in about three decades,” said Paul Burns, executive director of the Vermont Public Interest Research Group.

Speakers noted the momentum around passing container deposit legislation can be attributed to a handful of forces coalescing: the increasing number of newer beverage types not covered by existing laws, market issues that have put curbside recycling costs in the spotlight, and the wider interest among policymakers to try to address the environmental impacts of single-use packaging.

“There was a breakthrough that happened for recycling packaging legislation in 2021,” Susan Collins, CRI’s president, said in opening remarks. “It’s been a year like no other in the 12 years I’ve been on the job.”

In Connecticut, the updated deposit legislation was signed into law on June 16, 2021 and was viewed by U.S. container deposit advocates as among the biggest steps forward in the past decade.

The Connecticut bill adds hard cider, juices, tea, coffee, kombucha, energy drinks and more to the redemption system. It also doubles the deposit amount to a dime, starting in 2024. And it boosts the handling fee for beer and other malt beverages from 1.5 cents per container to 2.5 cents while increasing the handling fee on soft drinks and most other covered beverages from 2 cents to 3.5 cents.

According to Lou Rosado Burch, the Connecticut program director for Citizens Campaign for the Environment, raising handling fees will serve as an incentive to drive the establishment of more businesses that take in covered containers (these operators receive the handling fees).

Connecticut has been “woefully underserved” when it comes to redemption locations, Burch noted, a factor that led to the program’s redemption rate falling below 50% for the first time last year.

However, bottle bill expansion advocates did not get everything they wanted in the Connecticut update.

One focus for environmental groups supporting the legislation had been to add wine and liquor, and there was particular emphasis on “nips,” the very small containers used to hold individual servings of liquor.

However, the version of the bill that became law instead directs the state’s Department of Energy and Environmental Protection to develop requirements for an in-state collection and recycling system that, by 2023, will process at least 80% of the wine and liquor bottles sold in the state. Additionally, the law now includes a 5-cent surcharge on liquor bottles of 50 milliliters or less, with the funds sent to municipalities to bolster recycling.

Burch said that the decision not to put deposits on wine and liquor was the result of industry lobbying and that his group doesn’t believe the alternative recycling plans will be as effective as what would be seen if the state added all wine and liquor to the updated deposit framework.

“We believe this measure will do little to impact the number of nip containers found on our streets,” he said.

Nevertheless, environmental advocates elsewhere in New England said that the passage of legislation in Connecticut helps to strengthen their own campaigns.

A bill in Vermont to significantly expand the scope of the existing deposit law passed the House last April and now sits in committee in the state Senate. On the House side, the bill received a yes vote from 99 of the chamber’s 150 lawmakers, meaning it was just a vote shy of a two-thirds majority.

That fact is important because the legislation would need two-thirds majority support in both the House and Senate to override a governor’s veto. Burns of the Vermont Public Interest Research Group said the state’s current governor, Republican Phil Scott, has close ties to regional hauler and MRF operator Casella Waste Systems, which has traditionally opposed bottle bill expansions.

“It’s likely we are headed for a veto if we can get this passed this year,” said Burns.

Burns noted that momentum around bottle bill expansion in Vermont started to grow in 2019, when the state passed a high-profile bill banning plastic carryout bags, straws and more.

That development was followed up by an incident in which the state’s largest solid waste district was accused of improperly dumping glass that residents had diverted to recycling. “That district had been opposed to the bottle bill and said they need the material and that it’s being recycled,” Burns said, noting that the dumping scandal “undermined” the district’s arguments.

Burns also said his group is pushing to add a provision to the bill that would double the deposit to 10 cents on most containers in Vermont if the program’s redemption rate fell below a certain threshold for two consecutive years. He said the state program has been able to maintain a 75% rate, but if more container types are added, it would be challenging to stay at this level without hiking the redemption amount.

The 2022 legislative session in Vermont runs through early May.

“We would love to see it get to the governor before legislators leave for summer so we can get an override in if that becomes necessary,” Burns said.

Like Vermont, Massachusetts also has a bottle bill update sitting in committee as 2022 begins.

Efforts to expand the scope of the law in the Bay State have bubbled up in the legislature regularly in recent years, but one advocate said that coordination around the proposal has now reached new heights. This is thanks in large part to a Zero Waste Caucus that was formed by a number of state lawmakers recently.

Kirstie Pecci, director of the Zero Waste Project from the Boston-based Conservation Law Foundation, pointed out that state legislators of both parties have become more engaged on waste diversion since cities began seeing recycling costs skyrocket in the wake of China’s National Sword.

She said that municipalities have a particularly strong political voice in Massachusetts, so when recycling became a talking point at the local level, it also became a focus at the state level.

The caucus was developed to help educate lawmakers, making sure the right decision-makers were on board to keep legislation moving. “The caucus helps build critical mass so [waste] is seen as a priority,” Pecci said.

The bottle bill update in play in Massachusetts would expand the scope of the existing law to cover nearly all beverage bottles and cans up to 3 liters. It would also bump the deposit amount up to 10 cents.

Pecci noted the redemption rate in Massachusetts is 43%. “That’s a travesty,” she said.

Like the other speakers, Pecci noted that she believes now is a critical moment of opportunity for bottle bill supporters.

She said the movement in Connecticut and Vermont has helped build support in Massachusetts.  She also expects bottle bill proposals to emerge in New Hampshire and Rhode Island, the two New England states without bottle deposit laws in place.

“We’ve seen a sea change across the board,” Pecci said.

A version of this story appeared in Resource Recycling on January 11.