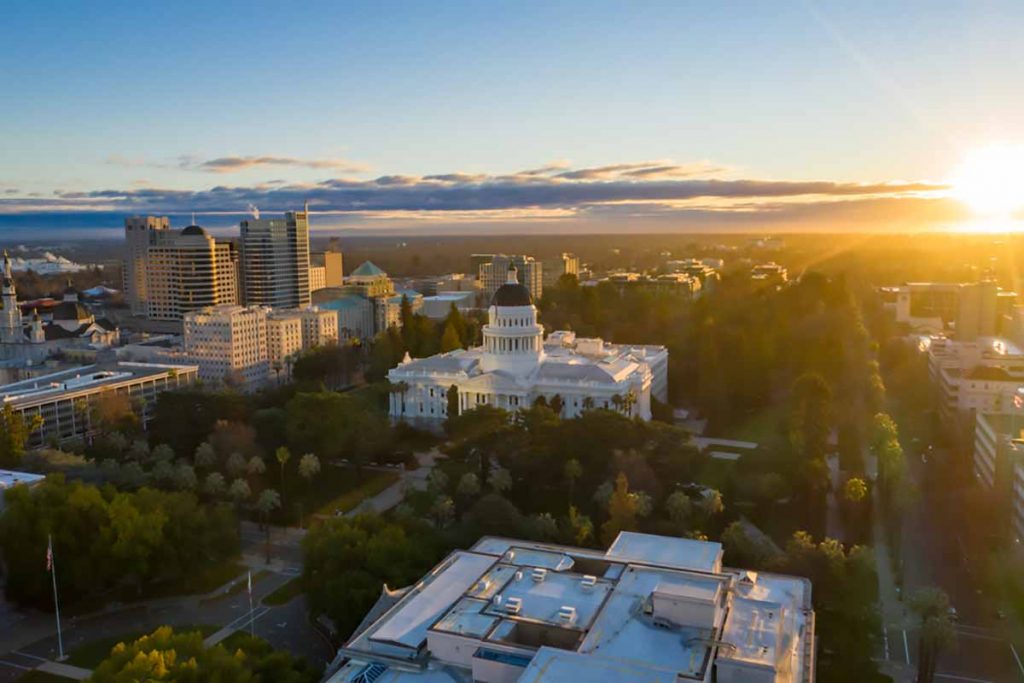 An in-depth regulatory development process will be needed to implement a California bill regulating the use of the chasing arrows symbol on packaging. | Merge Digital Media/Shutterstock

Three West Coast states have signed sweeping recycling bills. Now the real work begins to hash out the details on how the policies will affect the plastics recycling industry.

That was a message from speakers at the Association of Plastic Recyclers (APR) October virtual meeting. The speakers were presenting on upcoming laws in California, Oregon and Washington state. (APR owns Resource Recycling, Inc., publisher of Plastics Recycling Update.)

The following are summaries of the state legislative updates provided on Oct. 26 during the APR meeting (other experts provided a separate update on recycling-related policy proposals on Capitol Hill).

Need to sort out ambiguity in California law

Gov. Gavin Newsom in early October signed Senate Bill 343, which prohibits the use of the chasing arrows symbol on products that the state determines are not recyclable.

Bruce Magnani, APR’s contract lobbyist for California, told the audience the bill modifies existing state law covering unfair business practices, including deceptive claims. The idea behind the bill is the use of the chasing arrows recycling symbol can be inherently deceptive because it has been used on nonrecyclable products in some instances.

Roxanne Spiekerman, vice chair of APR and an executive vice president and general manager at plastics reclaimer PreZero, pointed out the law’s definition of “recyclable” differs from that of the U.S. Federal Trade Commission (FTC). The FTC considers something recyclable – and thus eligible for recyclability labeling – if 60% of the population has access to recycling service for that material.

But SB 343 includes different standards. According to the bill text, a material included in curbside collection program is considered “recyclable” if 60% of California residents have curbside recycling service that accepts it. But for materials that aren’t included in curbside programs – polyethylene bags, for example – the California law says those can still be considered “recyclable” if the collection infrastructure (PE film drop-offs at stores and other locations, in this example) recovers 60% or more of the material and the scrap material has sufficient commercial value to be sorted out by a recycling facility. That 60% recovery target is in place until Jan. 1, 2030, at which point the requirement jumps to 75%

Notably, SB 343 does not ban items that aren’t considered recyclable. But prohibiting any recycling messaging on them could lead consumers to dispose of materials for which there are emerging recycling markets. Recycling stakeholders are concerned that’s what may happen with PP.

As legislators were advancing the bill in Sacramento, APR discovered what Steve Alexander, APR’s president, described as a “major flaw.”

“At the 11th hour, we identified a very major concern,” Spiekerman said.

The bill’s language appeared to conflict with California Senate Bill 270, which was signed into law in 2014 and regulates plastic bags. That law bans single-use plastic bags and requires that thicker, reusable bags contain at least 40% certified post-consumer resin (Spiekerman noted the law has successfully stimulated demand for PCR). But law also requires that reusable bags remain recyclable in the state and that they have the chasing arrows symbol or the term “recyclable.”

Magnani noted that the bill doesn’t go into effect until 2024. After the California Department of Resources Recycling and Recovery (CalRecycle) in early 2024 publishes the results of its waste characterization study, which the department will use to determine what it thinks is “recyclable,” an 18-month regulatory development process will start. The labeling requirements kick in June 1, 2025. The law also allows producers of materials that CalRecycle initially determines are not recyclable to submit their plans for increasing collection, sorting and recycling.

“We absolutely invite you to participate moving forward in this regulatory process,” Magnani said. “It’s going to be critical to make sure we get this right, because there’s a lot of ambiguity in this legislation that will have to be sorted out and figured out during the regulatory development.”

Systemwide changes on the way in Oregon

David Allaway, senior policy analyst at the Oregon Department of Environmental Quality’s Materials Management Program, presented on how Senate Bill 582, signed into law in August, will affect plastics recycling. The sweeping bill is known as the Oregon Plastic Pollution and Recycling Modernization Act of 2021.

Existing Oregon law requires local governments to provide for recycling collection for homes and businesses. SB 582 will maintain that requirement, but it will replace the patchwork of “accepted recyclables” lists with one uniform list that will be drafted and maintained through a regulatory process, Allaway explained.

“It’s quite possible that this list will increase the variety and quantity of plastics collected for recycling,” he said.

The bill also does the following: provides funding for collection in unserved or underserved communities, calls for creation of a list of effective contamination-fighting strategies and requires local governments to implement strategies on the list, creates new permit and certification requirements for materials recovery facilities (MRFs). Those MRF requirements include achieving new capture rate and bale-contamination-reduction targets, as well as sending bales only to markets that meet standards for responsible management.

Allaway showed a photo of plastics that had been dumped in East Java, Indonesia. A paper mill imported the paper bales from U.S. MRFs, removed plastic contaminants, and dumped the plastic in the surrounding countryside, he said.

“By reducing and controlling contamination at every step in the process and limiting transfers to responsible end markets, the new law aims to put an end to Oregon’s contribution to this problem and thereby restore public confidence in the recycling system, which has taken a beating in recent years,” Allaway told listeners.

The new law will also bring funding from producers to the recycling system. Currently, commodity sales revenues pay about 15% of Oregon’s current recycling system costs, and ratepayers – households and businesses – pay the rest, he said. Under the new law, which sets up a shared-responsibility model, about 28% of system costs will shift to producers.

That volatility is one of the main reasons so many recycling programs decided to reduce service starting in 2018, when National Sword kicked in, Allaway pointed out.

“With this new stability, the mandate to collect material on the uniform list will become feasible, and the quantity and quality of material supplied to your industry will increase and stabilize,” he said.

Allaway said the bill’s signature is just the start of a detailed regulatory process.

“Implementing this law is going to involve a multi-year process,” he said. “We’ll be hiring new staff, an advisory council will begin meeting, and a separate truth-in-labeling task force will have a report to our legislature in June of next year.” Following that, in 2023 and 2024, DEQ will have several rulemaking processes, producer responsibility organizations (PROs) will form and more.

There will be multiple opportunities for industry input, Allaway said. The industry can comment during rulemaking processes, participate on the advisory council, and weigh in during public comment periods on PRO program plans and annual reports, he said.

Senate Bill 5022, signed into law in May, makes a number of significant changes in the Evergreen State. First, it mandates PCR be used in beverage containers, trash bags, and household cleaning and personal care product packaging.

Lastly, SB 5022 establishes a stakeholder advisory group, which was the subject of the APR presentation. APR participates on the Stakeholder Advisory Committee (SAC), which is legally charged with providing recommendations to lawmakers on additional product types that should be subject to recycled-content mandates.

“It’s really not if this group is going to recommend [recycled] content, it’s really how much and by when,” Kate Eagles, program director at APR, told the online audience.

Led by facilitators Ross Strategic, the group is made up of various interests, including state government officials, manufacturers, MRFs, local governments, industry groups, advocacy groups, brand owners, and others. The group has established three working groups, which are examining recycled-content mandates for PET thermoforms, PP tubs, and cups.

She acknowledged that consensus approval may not be possible, given the large size and varied composition of the SAC. The report to the legislature will include space for dissenting opinions, to be called “considerations.”

The SAC could also add suggestions outside of the market demand and packaging realms, Eagles noted. For example, the group could recommend mandates for recycled plastic in durable goods.

And it may look at supply-side efforts that the state of Washington could undertake to ensure enough feedstock is collected and sorted.

“We really need both to happen and that might be a consideration to submit to the state,” Eagles said.