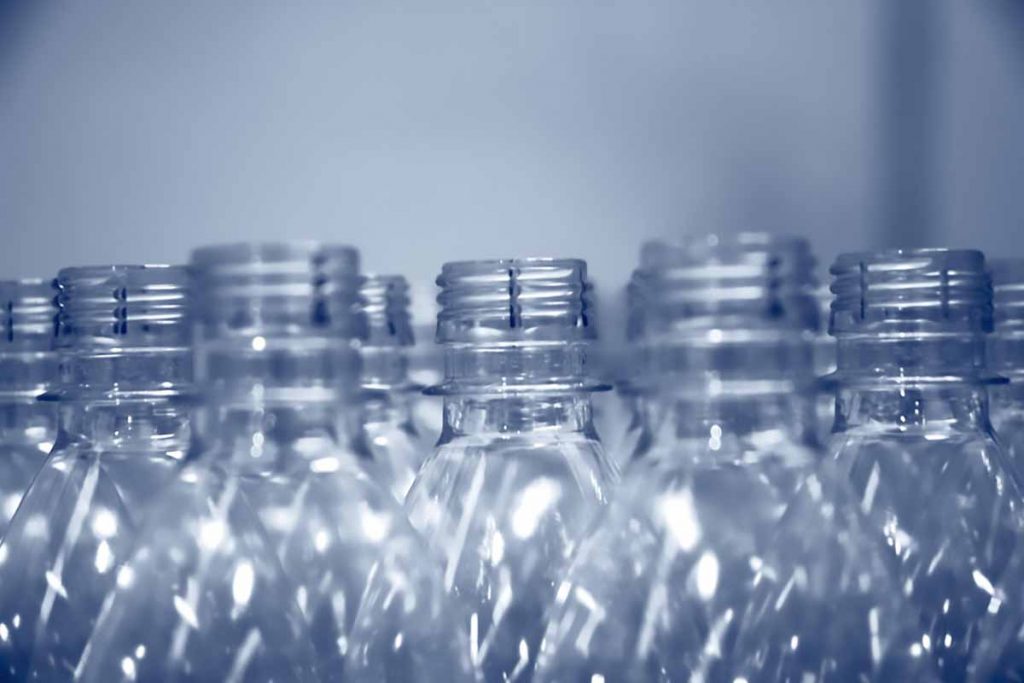 Data from California shows some major beverage producers used lower percentages of post-consumer resin in 2020 than they did in 2019. | tezzstock / Shutterstock

The clock is ticking on California’s law mandating recycled plastic in drink bottles, and some beverage producers still have a long way to go, newly released data reveals.

Meanwhile, the Golden State’s recycled-content requirements are fast approaching. Passed and signed into law last year, Assembly Bill 793 mandates that all plastic bottles covered by the state’s container redemption program average at least 15% PCR starting in 2022. That mandate increases to 25% in 2025 and 50% in 2030.

Many major drink makers are already exceeding the 15% PCR mandate – some by significant margins – but others are way short. The following are 2020 (and 2019 comparison data when available) PET numbers from California beverage producers using at least 1 million pounds of PET and some level of PCR (organized by largest plastic user to smallest):

Niagara Bottling (also a private label producer for Walmart, Safeway, Costco and others): 130.86 million pounds, 20% PCR (down from 35% the year before).

The following are companies that used at least 1 million pounds of virgin PET but reported either zero PCR used or omitted PCR data entirely (ordered from largest to smallest plastic user):

Under AB 793, starting in 2023, manufacturers that miss the PCR targets are subject to penalty fees of 20 cents for each pound of PCR they fall short, although the California Department of Resources Recycling and Recovery (CalRecycle) can reduce the penalties based on certain factors.

Starting in 2025, the CalRecycle director has the authority to lower the recycled-content targets either of their own accord or after receiving a petition from beverage manufacturers. The law doesn’t allow the director to lower the targets before 2025, however.

It’s unknown whether the downfall of nationwide PET reclaimer CarbonLite, which had its headquarters and first plant in the Los Angeles area, played into RPET usage decreases in 2020. Niagara, Nestle Waters and PepsiCo were among CarbonLite’s customers, some of which decreased or canceled their RPET purchases after CarbonLite unilaterally increased its resin prices. CarbonLite CEO Leon Farahnik previously told Plastics Recycling Update that COVID-19 closures also reduced the amount of deposit containers being redeemed in the state, squeezing feedstock supply for CarbonLite.

California’s recycled-content requirements are relatively new, and they may inspire other states to pass similar laws. Washington state already has.

But the requirement that beverage producers disclose their recycled-plastic usage in California goes back several years. Assembly Bill 2530, passed and signed into law in 2016, began requiring producers of beverages in the state’s container deposit program to annually disclose the amount of virgin and recycled plastic they used in California starting in 2017. CalRecycle has posted the data online for the public to see.

Over the years, producers have submitted a wide array of numbers with little consistency. Some report pounds, others report kilograms and others submit data in tons, without indicating whether they’re short or metric tons. Some companies report PRC percentages but not weights, and still others submit forms with little to no information.

For the 2020 data, however, CalRecycle staff adjusted the submittals to provide some standardization, converting all numbers to pounds. That allows for easier comparisons between companies and from year to year.