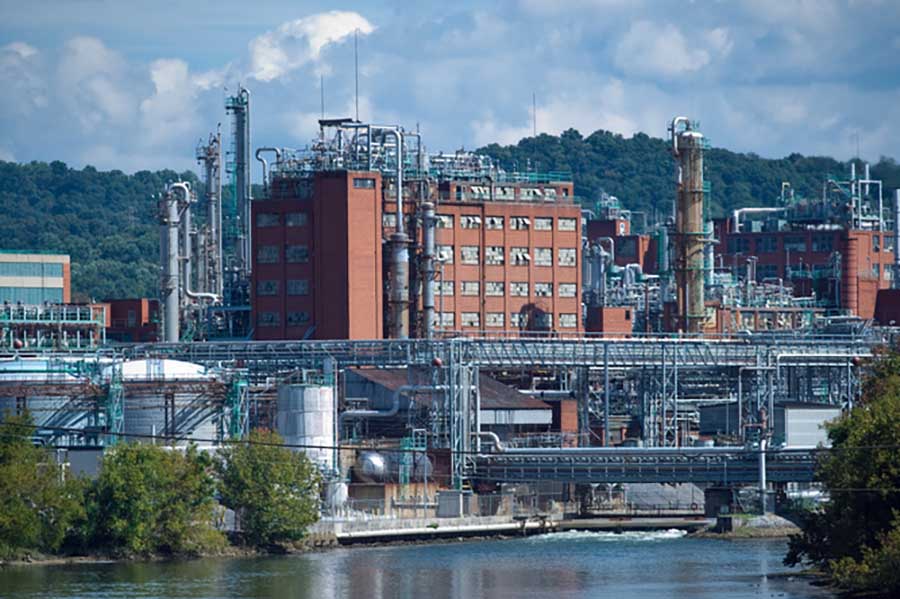 Eastman Chemical Co. announced it will invest $250 million over two years to build a methanolysis plant at its Kingsport, Tenn. facility. | William Griffith/Shutterstock

Eastman Chemical Co. announced it will invest $250 million over two years to build a methanolysis plant at its Kingsport, Tenn. facility. The company described the plant, which will have an annual capacity of over 100,000 metric tons at full build-out, as “one of the world’s largest plastic-to-plastic molecular recycling facilities.”

Methanolysis is a process through which scrap PET is heated and treated with methanol. The process breaks down the plastic into its component monomers, dimethyl terephthalate (DMT) and ethylene glycol (EG), which are purified and used to make new plastic. Eastman calls its technology “polyester renewal technology.”

The company expects construction of the new plant to start in March 2021 and finish by the end of 2022.

Eastman CEO and Board Chair Mark Costa provided more information about the project, the financial calculus, potential customers, and scrap supply strategies in a recent conference call with investors.

Methanolysis was originally developed by Kodak decades ago for use on polyester photographic films. During a Jan. 29, 2021 conference call with investors, Costa noted that methanolysis isn’t particularly novel or difficult, but the chemical purification that occurs after PET is broken requires capability and experience. Eastman has developed numerous trade secrets over the years to ensure that intermediate chemicals coming out of the process are purified and are basically identical to intermediates from fossil fuel feedstocks, he said.

During the call, Costa said Eastman was developing engineering plans for a methanolysis unit for processing post-consumer plastics back in 2010, but the market wasn’t ready for it at the time.

“We’re really excited because the market is very much ready for it now. Climate, circularity, sustainability is obviously becoming an incredible priority around the world,” he said, according to a transcript provided by Seeking Alpha. “Even with COVID it’s just become stronger, not less. And so we think we’re in a great position to be a leader here.”

Eastman announced two years ago it planned to commercialize its polyester renewal technology. The global chemical company has been using its methanolysis with its existing equipment to produce recycled-content plastic on a smaller scale.

Last year, it unveiled its Tritan Renew 50%-recycled-content plastic, which is currently being used in CamelBak and Nalgene products. During the call, Costa explained that existing processing equipment has a limited capacity and produces recycled plastic at a higher cost than the planned facility will.

Costa said the recycled-content PET produced through the technology could be used in a variety of products, including durable products such as electronics and automotive components.

“A lot of customers are very interested in this as they’re making aggressive commitments to improve their recycled content,” he said. “And so, there’s just a lot of engagement. We have over 100 customer trials going on right now across a wide range of different applications.”

Costa said Eastman’s customers recognize they’ll need to pay a premium for recycled plastics. In the case of recycled-content PET produced by Eastman’s “polyester renewal technology,” the company doesn’t expect to charge a significantly higher price, but it will be “sufficient to give us an attractive return,” Costa said.

Given the planned plant’s capacity of 220 million pounds per year at full build-out, sourcing enough scrap plastic that’s otherwise destined for disposal – not mechanical recycling – will be a challenge.

At the 2020 Plastics Recycling Conference and Trade Show, Holli Alexander, strategic initiatives manager for global sustainability at Eastman, discussed the challenges associated with collecting large amounts of polyester that aren’t already being collected for mechanical recycling. Alexander said carpet fiber, textiles and flexible packaging would be suitable streams. Additionally, press release materials noted the plant could process colored PET bottles. The company will also have to compete for supply with other emerging chemical recycling outlets.

Eastman also uses a separate gasification technology to break down mixed plastics into hydrogen and carbon monoxide, which are used to make chemicals for use in various products. That technology is called “carbon renewal technology.”

During the Jan. 29 call with investors, Costa responded to a question about how Eastman will be able to secure enough scrap supply. He noted that the company has been working over the past year and a half to secure a wide range of scrap sources.

Costa said that Eastman enjoys a sourcing advantage because it has both the polyester and carbon renewal technologies. Eastman can take in low-value mixed-plastics streams that would be unusable to other processors and employ a unique separation process developed by the company to efficiently separate the material into distinct streams for use in either the polyester or carbon renewal technologies.

“It allows us to access waste more readily and at a much lower cost because it’s lower value when it hasn’t been separated,” he said. “So that’s one of the big pluses of the scale and integration that we benefit from here.”

Longer term, he foresees Eastman’s customers launching take-back programs through which their products are shipped directly to Eastman for recycling.

Overall, the company’s goal is to recycle over 250 million pounds of scrap plastic annually by 2025. During the call with investors, Costa said the company’s chemical recycling technologies could, after years of building them out, eventually generate between $500 million and $1 billion a year in revenue for Eastman.

For the “polyester renewal technology,” Costa said the company is exploring a business model of possibly installing the methanolysis capabilities at plants around the world. Doing so would boost revenue opportunities higher still, he said.