Study: US a major generator of plastics pollution 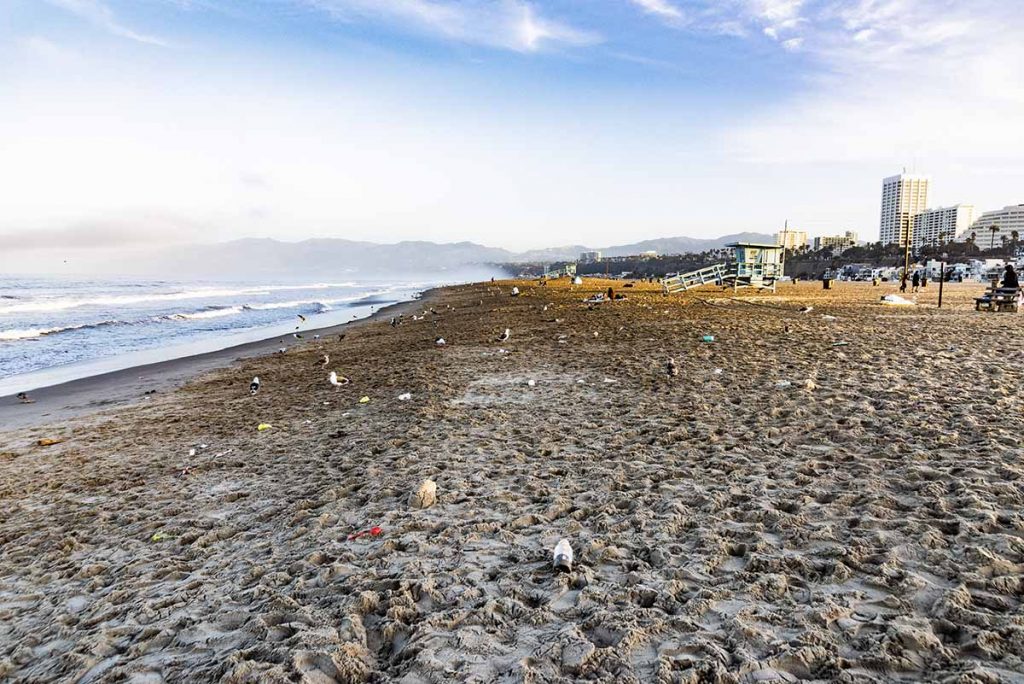 Using data from 2016, researchers found the U.S. could be the third largest generator of mismanaged plastic waste.| Rafeed Hussain/Ocean Conservancy

Despite having a robust plastics collection infrastructure, the U.S. is one of the largest contributors to ocean plastics worldwide, according to new findings from well-known plastic waste researchers.

The journal Science Advances on Oct.30 published “The United States’ contribution of plastic waste to land and ocean,” a study completed by Jenna Jambeck and several additional researchers in the plastic waste space.

The findings came out of a holistic examination of contributions to plastic pollution, looking at a variety of factors including export volumes, illegal dumping and litter.

“Previous research has provided global values for plastic input into the environment and coastal areas, but detailed analyses like this one are important for individual countries to further assess their contributions,” Jambeck, a professor in the College of Engineering at the University of Georgia, stated in a release. “In the case of the United States, it is critically important that we examine our own backyard and take responsibility for our global plastic footprint.”

Jambeck has previously worked on studies charting the sources of ocean plastics, the estimate of all plastic that’s ever been recycled, and the shift in global flows of plastic since China restricted imports of the material. She spoke at the 2019 Resource Recycling Conference and Trade Show and also recently discussed the role recycling plays in reducing ocean plastic pollution.

Using data from 2016, the researchers found that the U.S. generated the largest amount of plastic waste of any country worldwide, at 46.3 million short tons. Of that amount, between 1.2 million and 2.5 million short tons were “mismanaged waste,” meaning they entered the environment through illegal dumping or by being exported to countries where the waste was then inadequately managed.

Using the upper range of the estimate, the researchers found the U.S. could be the third largest generator of mismanaged plastic waste.

The study’s findings suggest that a strong collection system does not eliminate the problem of mismanaged waste, because there are still ample avenues for material to enter the environment.

“Our analysis demonstrates that the United States has contributed enormous amounts of plastic waste to the environment, including the ocean, despite having robust waste management infrastructure to collect, transport, and process waste,” the researchers wrote.

Jambeck told Plastics Recycling Update that the study’s findings suggest the need for “more systems-based infrastructure” in the U.S. Specifically, she highlighted upstream product and material choices as part of that system.

“We should be considering end-of-cycle at the design stage,” Jambeck said.

The researchers found that 88% of scrap plastic exports in 2016 went to countries “with greater than 20% inadequately mismanaged waste,” the largest quantities going to China and Hong Kong.

The study took the quantity going to those countries and estimated how much of the scrap volumes would be discarded during the recycling process, through contamination removal or removing unwanted, low-value plastics. Then, the researchers used an estimate that between 25% and 75% of the removed plastic was mismanaged in those countries; no solid data exists on how widespread mismanagement of this plastic is, requiring an estimate.

Ultimately, the researchers found that mismanagement of scrap plastics exported by the U.S. contributed between 165,000 short tons and 1.1 million short tons of pollution, according to the study.

“Although 9.3% of the plastic waste generated in the United States in 2016 was collected for recycling, the global market-driven export mainly to lower-income countries for processing ultimately resulted in substantial leakage of plastics to the environment,” the researchers found.

The American Chemistry Council (ACC) said the study offers an “incomplete picture.” The organization highlighted the fact that the study uses data from 2016, meaning it doesn’t take into account the ongoing reduction in U.S. exports that followed China’s recycled material import restrictions.

Jambeck pointed out that the study does acknowledge there has been a significant drop in exports in the years since 2016. And the study referenced upcoming changes to the Basel Convention, a regulatory shift that will enact new rules within the global scrap plastic trade, as having an as-yet unknown impact on the export landscape.

But she added that the practice of exporting recyclables has been going on for 30 years, “so it is still about taking responsibility for the global footprint of U.S. plastic.”

Additionally, as the largest plastic waste generator in the world, she said the U.S. “should reduce waste generation – as the best thing environmentally is not to produce any waste in the first place.”