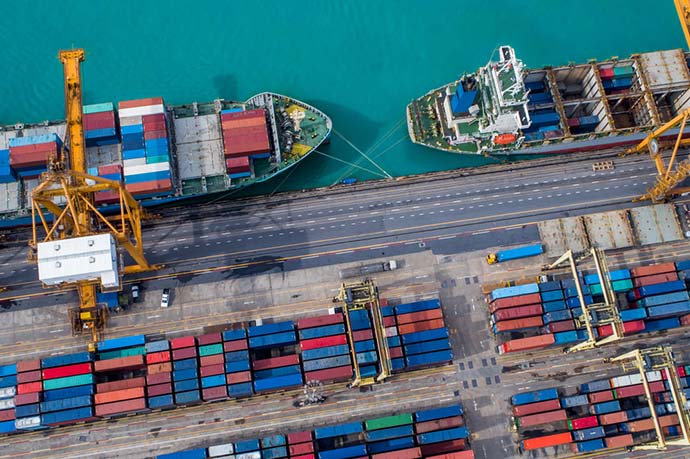 The U.S. last year objected to stricter regulations on the global scrap plastics trade, kicking off a series of meetings that did not reach consensus. | Travel mania/Shutterstock

A coalition that includes the U.S. and European Union failed to agree on how new global plastic waste shipping regulations should affect the coalition’s member countries.

As a result, each country will decide for itself how scrap plastic imports are regulated.

The Organization for Economic Development (OECD), a consortium whose members are generally considered non-developing nations, on Sept. 7 held a meeting of its Environment Policy Committee. During the meeting, stakeholders adopted a decision on how OECD member countries should implement recent scrap plastic-related changes to the Basel Convention.

Formally titled the Basel Convention on the Control of Transboundary Movements of Hazardous Wastes and Their Disposal, the global pact governs how shipments of certain types of hazardous waste are regulated between nations.

The convention was amended in 2019 to bring tighter control on the movement of scrap plastic around the world. Specifically, Basel member countries almost universally approved a change to require “prior-informed consent” when post-consumer plastic is exported to another member country. That means an environmental regulatory body within the receiving nation would need to be informed and agree to receive the shipment.

Those changes are slated to take effect in January.

Although more than 180 countries are party to the Basel Convention, the U.S. is a notable exception, creating confusion for how the changes will impact U.S. scrap plastics stakeholders.

The U.S. quickly objected to adopting the Basel changes. It’s unclear exactly how U.S. scrap plastic exporters will be impacted by the Basel changes, given the U.S. non-party status. But experts mostly agree scrap plastic trading between the U.S. and Basel countries will become more complicated. If the OECD declined to bring the changes into its own trade framework, U.S. exporters would face less complication when shipping to other OECD nations.

The objection kicked off a series of meetings that, according to a Sept. 11 press release, ultimately produced little consensus.

OECD members agreed to update rules and require prior-informed consent for hazardous plastic shipments, such as material contaminated with toxic chemicals or other hazardous contaminants.

But they did not reach consensus on the significant change in how common post-consumer plastic shipments are regulated. This material type is referred to as “non-hazardous plastic waste” and includes “both pure single-polymer waste, where recycling leaves little residue, and mixed plastic waste where recycling leaves by-products that need to be properly disposed of,” according to OECD.

Instead, each OECD country will have the right to “define requirements for such shipments in line with domestic legislation and international law.” The release notes that each country has committed to informing OECD leadership of its decision, and each country’s rules will be published.

The OECD has committed to review this decision in 2024.