How a company is turning PET into durable asphalt 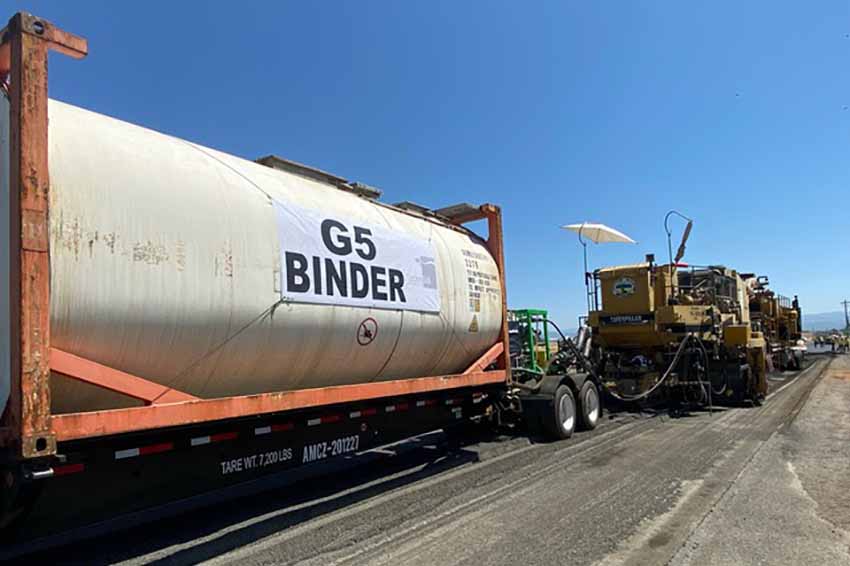 A California company is using glycolysis to depolymerize PET scrap for use in an asphalt binder. The pavement it produces is stronger than traditional hot-mix asphalt.

TechniSoil Industrial has recently garnered widespread media attention because the California Department of Transportation (Caltrans) used the company’s asphalt binder to repave a segment of highway last month. Asphalt binder is essentially the cement that holds aggregate together in pavement.

Sean Weaver, CEO and founder of TechniSoil Industrial and inventor of the recycled-content asphalt binder, recently provided more details to Plastics Recycling Update about his company’s technology and its potential widespread use.

“It’s a pretty big deal to introduce a new type of pavement to a large agency like Caltrans, but I think the want is there from a sustainability standpoint and a performance standpoint,” Weaver said.

The road to recycled plastic

Eight years ago, Weaver began looking at polymer chemistry to produce an asphalt binder for golf cart paths (he has a sister company that produces landscaping-related products). Lab and field tests showed that using virgin urethane in an asphalt binder produced strong pavement, he said.

Based in Redding, Calif., TechniSoil Industrial’s asphalt binder with urethane is called G5. In 2017, Weaver began experimenting with using recycled polyester in G5 formulations, he said, calling that binder G5P. The city of Los Angeles has tested asphalt with different G5 and G5P formulations.

TechniSoil Industrial can process post-consumer or post-industrial PET, Weaver said. It uses glycolysis to depolymerize the PET into polyester polyols, which are then mixed with urethane to produce the binder (polyester polyols are also a feedstock for producing polyurethanes).

Weaver said that, with some testing, TechniSoil Industrial can use 20-25% recycled polyester polyol in the asphalt binder, but the company plans to start with 3-5% chemically recycled plastic.

When asked why his company uses recycled PET, for which there are established markets, instead of a lower-value scrap plastic, Weaver said TechniSoil Industrial started looking at PET because it was the feedstock available when it began its research into using recycled plastics. But, he added, the company is looking at using other recycled polymers, including PE.

Still, he argued the benefits of recycling PET into asphalt.

“Utilizing plastic from single-use applications into applications that last multiple decades, in my opinion, is the greatest use of a recycled material,” Weaver said.

The $3.2 million Caltrans repaving project covered three lanes for about 1,000 feet along Highway 162 in Oroville, which is a town north of Sacramento. The asphalt there has a range of recycled polyester polyol loadings, Weaver said. For the entire project, G5 makes up about 4.2% of the weight of material used. Of that G5 weight, specifically, the recycled polyol ranges from 4% to 20%, Weaver said.

If the G5P is made with 20% recycled polyester polyol, then one mile of asphalt uses nearly 4,000 pounds of recycled PET. 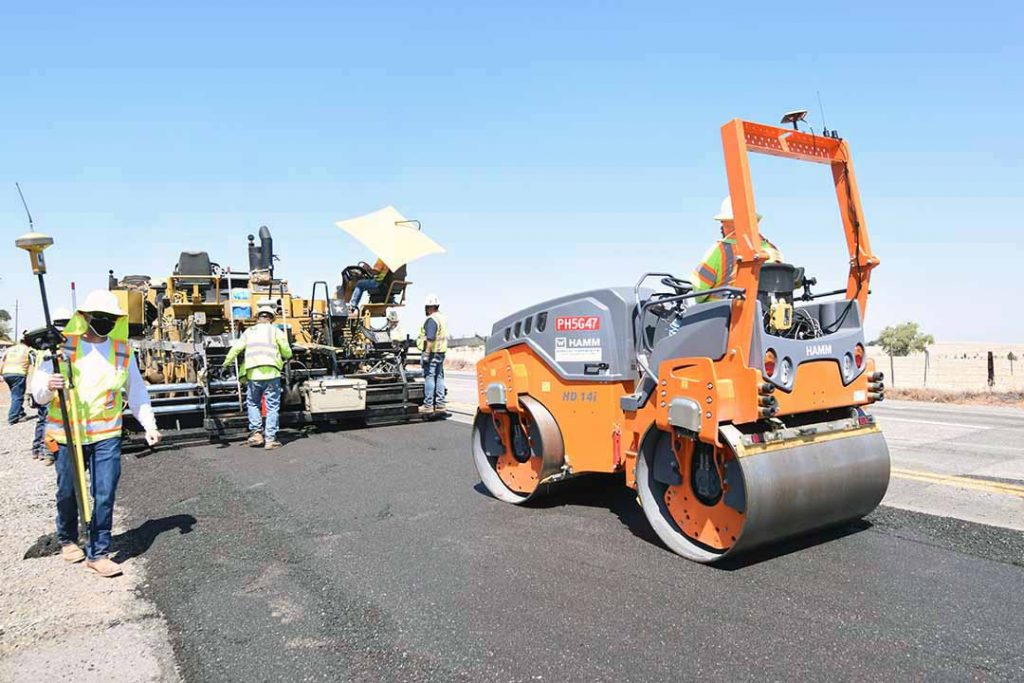 A significant amount of research has recently examined using recycled plastic in asphalt. The Plastics Industry Association is working with partners to test the recycling of recovered LDPE film into asphalt binders. A couple of years ago, global chemical company Dow began testing the use of scrap plastic in a roadway in Indonesia, research that has since moved to Texas. Separately, the Texas Department of Transportation has begun funding research into the topic.

Weaver emphasized his technology is different from Dow’s approach of melting PE chips into virgin hot mix asphalt. G5 completely replaces the use of bitumen as a binder, he said.

G5 can be used to recycle a road in place, which represents “just a huge step change,” Weaver said. Normally, for every lane mile of road, 42 truckloads will be used to remove the waste pavement and another 42 truckloads are needed to bring in new asphalt, he said.

The Caltrans project used what’s called “cold, in-place recycling,” which involves using a train of vehicles to grind and resize the top three inches of pavement, mix the material with the G5 binder, and then place and steamroll the new asphalt. It reuses 100% of the old asphalt.

Caltrans already uses the cold in-place process, mixing ground-up asphalt with a foamed binding agent made of bitumen. But the resulting pavement is only durable enough to be used as a road base, and hot-mix asphalt must still be trucked in to place the top layer, according to a Caltrans press release.

“To be able to recycle 100% of the road into a road that’s stronger than the original road has always been a holy grail of road construction,” Weaver said, “and we have achieved that.”

In terms of upfront costs, asphalt with G5 costs about the same or less than installing traditional asphalt, he said.