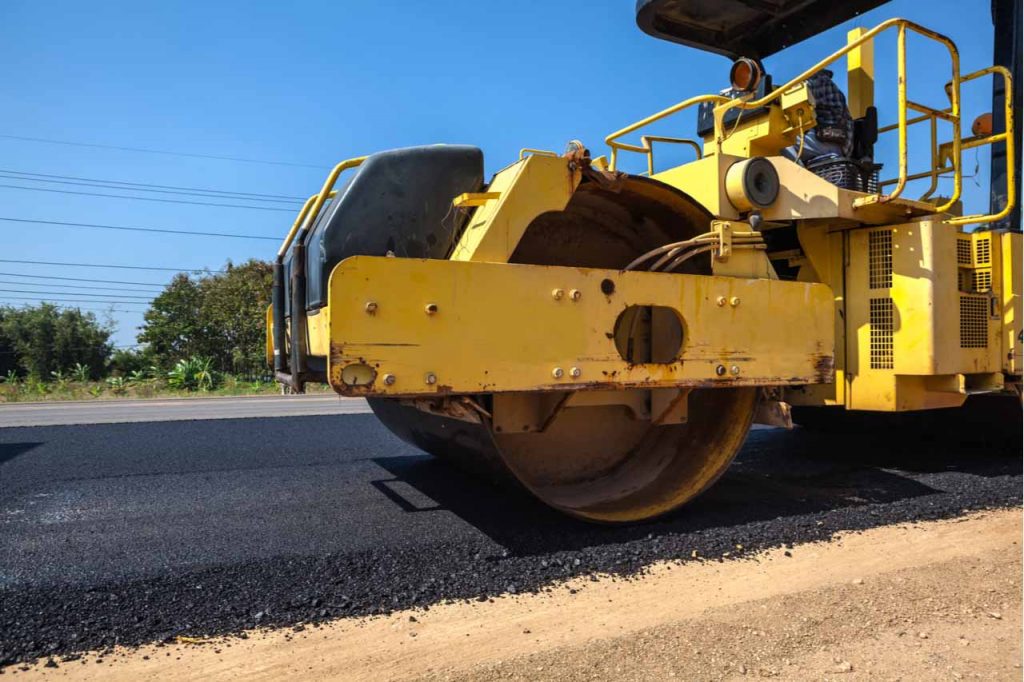 Based on the lab-scale research, the Plastics Industry Association is now working with several companies to use a recycled-PE binder in asphalt on privately funded roadways and parking lots. | Marcel Derweduwen/Shutterstock

Research shows post-consumer PE film could improve the stiffness and resistance of polymer-modified asphalt at less cost than the co-polymers that are typically used.

The Plastics Industry Association conducted its New End Market Opportunities (NEMO) for Film Asphalt Project with assistance from the National Center for Asphalt Technology (NCAT) and the Western Research Institute. The final report, released June 17, shows that recycled PE film can be a cheaper alternative to the styrene-butadiene-styrene block copolymer (SBS), a thermoplastic elastomer that’s often used in binders in polymer-modified asphalt.

Even used in small amounts, the recycled PE can improve some asphalt properties, according to a Plastics Industry Association press release, which noted asphalt represents a potentially large market for film collected at retail locations.

For testing, NCAT prepared nine different asphalt binder formulations using recycled PE. The plastic, which was made up of about 94% LDPE and 6% HDPE, was supplied by Erema North America.

Four of the binders used different percentages of recovered PE, from 2% to 5%. The other five binder samples used combinations of recycled PE mixed with reactive elastomeric terpolymer (RET), which is an ethylene-based additive that works as a compatibilizer to reduce polymer separation in the asphalt binders, according to the March 2020 report. Polyphosphoric acid (PPA) was used as a catalyst in the samples containing recycled PE and RET.

The samples underwent a variety of tests and were compared with results from traditional SBS-modified binders. The researchers also looked at whether the samples met standards for federal and state departments of transportation.

NCAT reached a number of conclusions, some reflecting mixed results. In some cases, using recycled PE and RET improved some properties, but not all properties saw improvement. For example, using 2% and 3% recycled PE increased stiffness and rutting resistance but had no effect on low-temperature cracking, fatigue cracking or block cracking resistance.

Additionally, using recycled PE and RET increased binder elasticity, rutting resistance and fatigue resistance, but it had no impact on low-temperature cracking resistance.

As another example, the samples using recycled PE alone or PET and RET all had improved aging resistance over just using the binder alone, but their aging resistance wasn’t as good as when SBS-modified binders were used.

Broadly speaking, the researchers concluded that it is feasible to use recycled PE in binders used in asphalt, and they determined doing so yields certain performance benefits. But they also said “the scientific-based development of this concept is still at an early stage and needs further research.”

Based on the lab-scale research, the Plastics Industry Association is now working with several companies to use a recycled-PE binder in asphalt on privately funded roadways and parking lots, according to the release.