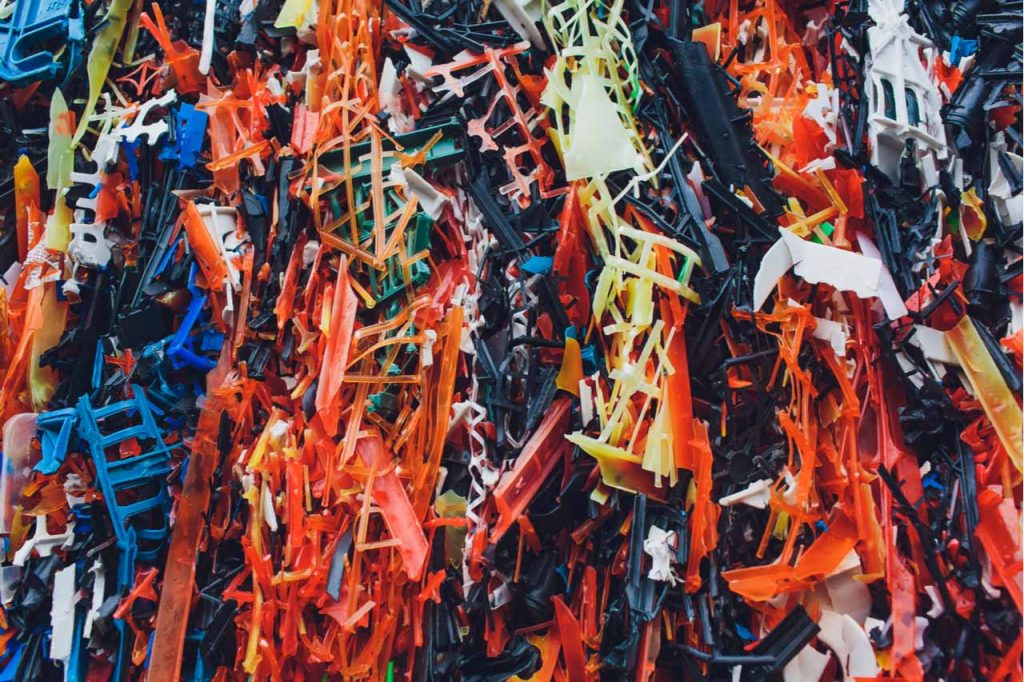 Chemical recycling uses different processes to break plastics down into other chemicals, which can be used to make fuels, new plastics or many other products. | Vershinin89/Shutterstock

A report from activist organization GAIA claims processing strategies that have been heavily promoted by the polymer industry amount to a “greenwashing tactic” undermining efforts to ban single-use plastics.

Global Alliance for Incinerator Alternatives (GAIA), a group that opposes waste-to-energy facilities, released a paper July 28 criticizing a family of technologies known as either “chemical recycling” or “advanced recycling.”

As opposed to the traditional process of shredding, melting and molding plastics into new products, chemical recycling uses different processes to break plastics down into other chemicals, which can be used to make fuels, new plastics or many other products.

The American Chemistry Council (ACC) says advanced recycling is a complement to mechanical recycling that can help divert difficult-to-recycle plastics away from landfills to create new products, including food-contact packaging.

But in its report and accompanying press release, Berkeley, Calif.-headquartered GAIA claims chemical recycling is more focused on converting plastics into fuels, which are then burned. Because of where those incinerators are located, low-income communities and communities of color are particularly impacted, GAIA said.

“Sound engineering practice and common sense shows that chemical recycling is not the answer to society’s problem of plastic waste,” Andrew Neil Rollinson, who wrote a June 2020 technical assessment of chemical recycling, stated in the press release. “It represents a dangerous distraction from the need for governments to ban single-use and unnecessary plastics, while simultaneously locking society into a ‘business as usual’ future of more oil and gas consumption.”

The U.S. House of Representatives Select Committee on the Climate Crisis in late June released a “Congressional Action Plan for a Clean Energy Economy and a Healthy, Resilient, and Just America.” Among many other recommended steps, the 547-page document produced by Democrats in the House endorses infrastructure “to chemically recycle certain materials into original molecular building blocks.”

But GAIA urged elected officials not to support chemical recycling.

“Plastics are the new villain of the climate fight, and elected officials can’t fall for industry’s claims that they have a silver bullet solution, especially when the evidence does not back up those claims,” Denise Patel, GAIA’s US/Canada program director, stated in the release. “With the rising crises of climate change, pollution, and economic insecurity under the backdrop of a global pandemic, we have no more time or money to waste on dangerous tech-fixes. Policymakers need to fight climate change at the source, by pursuing policies that place limits on production and support zero waste systems.”

After the release of the paper, Christy Leavitt, plastics campaign director at the nonprofit group Oceana, took aim not just at chemical recycling but at traditional mechanical recycling, as well.

“The plastics industry has spent the past 50 years distracting the public with false solutions to the plastic pollution crisis, first with recycling and now with chemical recycling – neither will solve this problem,” she said in a statement. “On top of the fact that chemical recycling has failed to turn plastic into new plastic at commercial scale, as GAIA’s report states, it also poses real risks to environmental and public health with toxic and greenhouse gas emissions. The plastics industry needs to stop the greenwashing and focus on the one true solution – stop producing so much unnecessary plastic – before it’s too late.”

In a statement, Keith Christman, managing director of plastic markets at the American Chemistry Council (ACC), defended the value of chemical recycling as a complement to mechanical recycling. He noted that major brand such as Mondelēz International and Unilever are already providing food-contact packaging that was made from advanced recycling technologies.

“Advanced plastics recycling is not only viable at commercial scale but also offers significant economic opportunities as we move toward greater circularity for plastic,” Christman stated. He cited a Closed Loop Partners report that estimated innovations in advanced recycling could meet an addressable market with potential revenue opportunities of $120 billion in the U.S. and Canada.

“We agree that everyone has a role to play in ending plastic waste, including the plastics value chain, government, recyclers, NGOs and citizens,” he said. “Solving this problem will require a variety of solutions, and we believe advanced recycling is an essential part of the mix.”