WM and Waste Connections open up on collection shifts 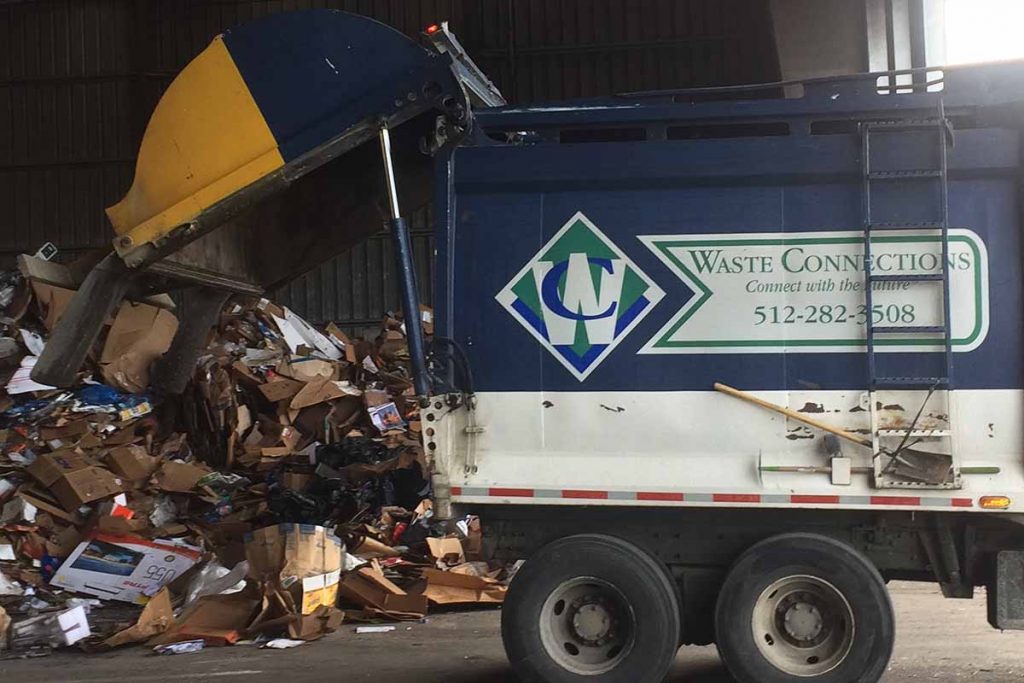 A leader with Waste Connections said that his company has seen increased collection volumes during the COVID-19 pandemic. | Resource Recycling file photo.

Two large publicly held waste and recycling companies are taking in higher residential volumes during the COVID-19 pandemic, but they say contamination has been flat. Recently, they’ve also started seeing critical upticks on the commercial side.

Waste Management and Waste Connections, the first and third largest haulers in the U.S. by total revenue, shared their insights last week in the opening session of The New Normal, an online series hosted by Resource Recycling.

Beyond collection impacts, the haulers touched on end market trends, worker safety protocols, contractual shifts during the pandemic, and more.

Waste Management has seen relatively flat contamination rates averaged across its recycling operations, even during the pandemic.

Across all the communities served by Waste Management, curbside recycling contamination has come down from a peak of about 25% in 2018 down to a little bit below 20% currently, Bell said. There hasn’t been a big spike in contamination since the pandemic began, he added, but the company has seen more gloves and masks in the recycling stream. 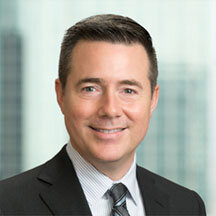 “We’ve had to do education campaigns to remind folks to properly dispose of those; they don’t belong in the recycling bin,” Bell said.

Despite single-use plastic bans being temporarily relaxed in some regions of the country, both company leaders said they haven’t noticed a large uptick in those materials contaminating the recycling stream. However, they both noted a significant increase in glass in the stream, possibly linked to bars and restaurants being shut down and more people drinking beverages at home.

Kurtz said Waste Connections has seen increased collection volumes coming in but that contamination levels have been relatively flat.

Early on, Kurtz said, Waste Connections saw “almost a complete stoppage of most of our commercial volume” as business closures spread across the country.

“But that’s come roaring back, so it’s recovered quite nicely,” he said. “I think we’re seeing fairly normal numbers at this point as far as the difference between residential and commercial.”

Waste Management saw its commercial volumes drop nearly 25% on the recycling side, Bell said. On the residential side, he said, volumes are up on a per-household basis, as more people are working from home and buying products via e-commerce.

At the same time, however, a number of municipalities and third-party haulers that send material to Waste Management recycling facilities had to suspend recycling service in some capacity and focus on municipal solid waste in recent months. The residential side is picking back up as these operations have come back on-line after temporary stoppages, Bell added.

The pandemic is also impacting costs associated with recycling, particularly those stemming from unforeseen service disruptions and other operational adjustments. To some extent, contracting conversations that have developed throughout the industry in recent years proved beneficial in weathering this storm with fewer losses, the hauler representatives noted.

“In terms of contracts, we’ve been continuing to push the processing-fee-first program,” Bell said. Under that system, municipalities have a set processing sum they pay to the MRF operator. When commodity values are higher than the processing fee, the surplus money gets shared back with the municipality, Bell explained. 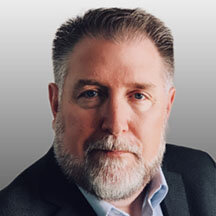 Kurtz said Waste Connections is focused on partnering with municipalities “and really making sure that we’re not relying on commodity values to operate a MRF.”

Still, the impacts of market shifts have increased charges for municipalities, which may face pressure to reduce recycling service as they search for ways to soften the blow of pandemic-driven budget deficits.

Kurtz added that COVID-19 may play into future contracts if there are situations that arose during the pandemic impact that were not accounted for in previous contract language. That could be collection issues or staffing at the MRF, or any other type of unforeseen disruption.

Bell also described a separate dynamic Waste Management noticed with municipal programs. Early on in the pandemic when communities were considering suspending service, local leaders often did not think of the supply chain ramifications, with stakeholders assuming paper makers and others could easily switch to virgin material.

As a result, Bell said, Waste Management made a point to reiterate the importance of recycling in supplying manufacturers of critical products.

“We got an overwhelming response from our customers – think about the paper mills – that were saying ‘Hey, we really need this material,'” Bell said. “These hospitals that need to be stocked with their supplies, grocery stores that need supplies, those are all delivered in cardboard boxes.”

Early impacts on the front lines

As the pandemic spread throughout the U.S., the first priority for the haulers was ensuring worker safety.

“We’re used to protecting them from equipment, from machinery,” Bell said. “But to protect them from this invisible virus if you will, COVID-19, we really had to think about some alternative approaches so they could work safely in this environment.”

That meant installing plexiglass barriers, developing social distancing protocols, staggering meal breaks and safety meetings, and more. With those additional measures taken, the company was able to keep many of its MRFs operating as the pandemic took hold.

Still, Waste Management temporarily closed some of its MRFs in California, which Bell said was mostly due to local regulations. The company reopened its California facilities in June, he added.

Waste Connections implemented similar safety measures, Kurtz said. The company had a few facilities that curtailed operations for a short time because they couldn’t physically separate people, he said. And there were COVID-19 infections in a few of the company’s facilities. The company reduced operations at those sites and ran them with skeleton crews, Kurtz said.

Social distancing in a MRF is particularly important and difficult in the break room, both company leaders agreed.

The fiber market has seen the most dramatic impact from the coronavirus pandemic, with OCC at one point rising to levels it hadn’t hit in years. The price increase, however, began to reverse in recent weeks.

Both company leaders agreed it’s virtually impossible to accurately predict what prices will do for the rest of the year, but that greater demand will be key to ensuring a bit more stability in pricing. Domestic demand seems to be on the way with a number of large recycled paper-consuming mill projects underway right now.

Bell referenced the drop in OCC prices that occurred after China’s import restrictions took hold in late 2017 and early 2018, and he pointed to indications that the country will completely withdraw from importing scrap materials in 2021.

“The pessimist side says that’s probably not a good thing for prices until this domestic capacity gets built back up again,” Bell said.  “I think as you look out on that trajectory, you’ve got to see probably not going back to the peak of cardboard prices for quite some time.”

Meanwhile, on the plastic side, Bell and Kurtz both said that virtually all of their scrap plastic is going to domestic buyers. That’s a shift from just a few years ago, when a great deal of plastic went overseas to China. Plastic exports have seen massive declines in recent years after China closed the door to that material.

“For the most part, all of our material is now going domestic,” Kurtz said. He noted quality is key to accessing those markets, and that Waste Connections has made a significant push to clean up its recycling stream and sell into the North American market in recent years.

“That’s really paid off throughout this whole process,” Kurtz said. “We’ve not had to stockpile anything, everything that we produce is moving out the door and moving pretty regularly.”

Waste Management came out with a policy in 2019 that stated none of the company’s recycled plastic would be exported.

“We’ve had good markets for those here domestically,” Bell said.

A version of this story appeared in Resource Recycling on July 14.