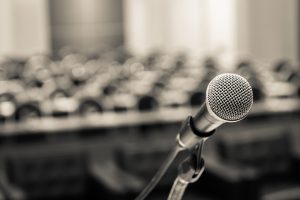 Contracts between municipalities and MRFs have seen greater focus over the past year, as the recycling world continues to grapple with changing industry economics.

At the ISRI2019 convention in Los Angeles last week, experts explored the ins and outs of what makes for a good relationship between public- and private-sector players and how a mutually beneficial contract builds the foundation for a sustainable recycling program.

The market turmoil from China’s import restrictions is one key factor impacting contract negotiations, but there are numerous other pressures on the recycling world, said Timpane of RRS. Citing several recent real-world contract disputes, he identified other stressors, including rising transportation costs, the evolving material stream, higher levels of contamination and more.

“There’s a lot of conflict right now, because there’s a scarcity of revenue,” Timpane said.

He pointed to a pricing dataset RRS has kept for years, showing commodity price averages for single-stream MRFs. RRS identified that number as $38.18 per ton in March of this year. That was “the lowest price for an average commodity at MRFs since 1990,” Timpane said. Since then, the commodity value for MRFs has gone down even further. The average commodity price now is 25 percent of its value in June 2017, he said.

Although some negative material pricing was already accounted for in many municipal contracts, the nosedive in mixed-paper pricing has happened too quickly for contracts to adapt. Mixed paper currently has no value for recycling operators in many regions of the country.

A solid, sustainable contract that incorporates these market realities can help lessen conflict and ensure a program’s viability. And a good contract doesn’t pit the MRF and municipality against each other, the speakers at the ISRI event noted.

“It’s a partnership,” said Potter of city of Los Angeles. “We need the MRFs. We are committed to the concept of recycling.”

The idea was to point to the components that are positive and those that should be avoided.

Meanwhile, Keegan said the following contract provisions can be detrimental:

As a MRF operator, Keegan noted he actually would prefer a system in which the MRF pays 100 percent of the commodity revenue back to the municipality. He acknowledged that might be surprising but explained that it “ensures we are a fee-for-service model.” However, it also would mean the MRF shares none of the commodity risk, a system the municipality will likely want to avoid. “So, you come to a compromise,” he said.

He also noted that it’s important to think beyond individual provisions and keep in mind the way the contract is structured.

“It needs to be a flexible contract,” Keegan said. “It needs to be able to adapt and deal with the volatility of the market and also the evolving ton, as we’re seeing new products being introduced, flexible packaging, lightweighting of packaging, the Amazon effect with the OCC or the cardboard. So we need to make sure our contract can adapt.”

Finally, he pointed to the joint guidance offered by the National Waste and Recycling Association and the Solid Waste Association of North America. The document, which describes best practices for recycling and solid waste contracting, was first issued in 2015 and updated last year to incorporate the new market realities spurred by China’s import restrictions.

Many of the points Keegan recommended avoiding are provisions that put all of the market risk on one party. And more often than not, past contracts have been written in such a way that when the market tanks, the hauler or MRF operator ends up with more risk than the municipality.

But that era seems to have ended. Although some commodity prices have inched back up, the importance of well-balanced contracts is now firmly rooted in industry awareness. For example, some of the largest haulers have described numerous contract renegotiations over the past year.

“It’s a real shift in the dynamics of a municipality,” said Potter of the city of Los Angeles. Eight years ago, the city looked at recycling as a cash inflow, and that scenario is gone. “Now, we have to look at how that model changes for us as a municipality to keep our program but not lose our contractors.”

“When we had conversations with our MRFs, we said, ‘You know what, this minimum floor price, this set dollar amount for a five-year period, it just can’t work anymore,’” he said. The city understood it could no longer reasonably expect to receive at least $10 per ton for the duration of a contract, “because the market is so volatile,” Potter said.

During the contract negotiation, the city addressed several key questions, Potter said: What are the values for the commodities, which are the primary commodities, and is it possible to set a minimum floor value based on the markets?

Under the new contract, the markets for three key commodities are evaluated every three months, with a pricing formula determining whether the municipality pays or receives revenue for that time period.

“It’s not perfect,” Potter acknowledged, noting that the markets became even more volatile as the city’s contract negotiations were underway, and there is room for further improvement in future contracts. But in the bigger picture, MRFs can stay in business without getting hit with huge revenue declines.

Still, it’s an adjustment. There are ripple effects from the contracts being much more specific on cost and responsibility.

“Sometimes when you had a contract and you had revenues, you absorbed some of the costs that were associated with that,” Potter said. “You’d get some small amounts of contamination, and you kind of said, ‘Hey, it’s not a big deal.’ Now we’re having the issue of dealing with, ‘OK, everything is a big deal.’”