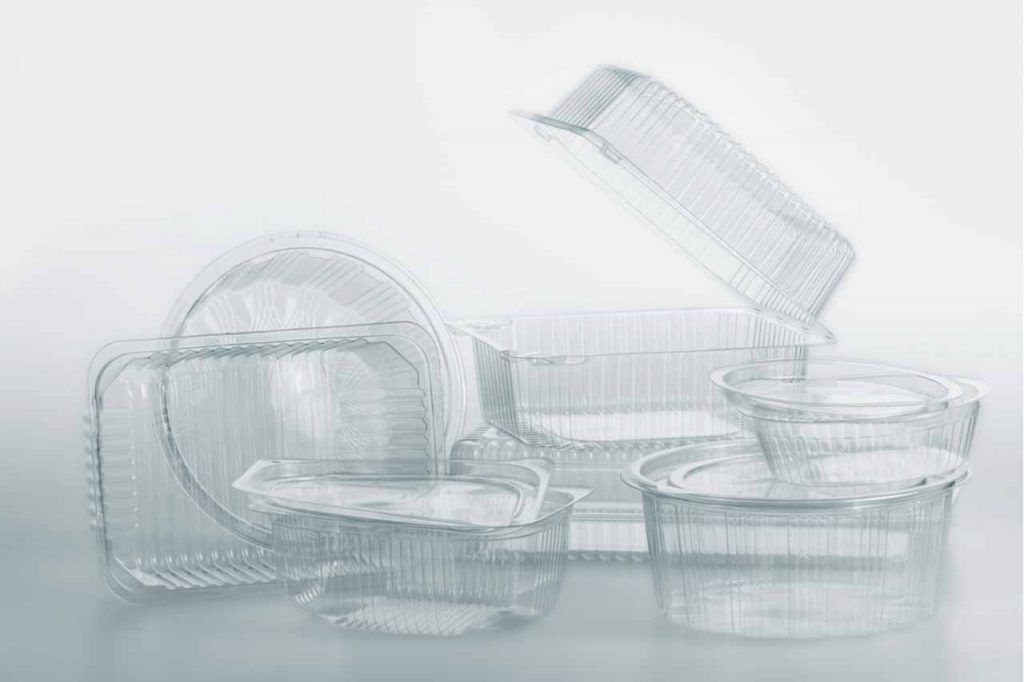 Among the recycling challenges with PET thermoforms are non-PET look-alike packaging and greater fines generation during the recycling process. | BravissimoS/Shutterstock

Several recycling industry trade associations will collaborate on a study to try to move the needle on recovery of PET thermoforms.

The Foodservice Packaging Institute (FPI) announced the project in a July 9 press release. The goal of the study, which is being conducted by Resource Recycling Systems (RRS), is to better understand the PET thermoform packaging recycling stream and define the most cost-effective and practical pathways for recovering it, the release states. The study is expected to be completed this fall.

“Each partner has been working to increase recycling of PET thermoforms in different ways, so it’s important to bring all parties together to find a solution,” Natha Dempsey, president of FPI, stated in the release. “While we’re making progress, it just makes sense to combine efforts to define a unified path to increased recyclability for PET thermoforms.”

For the most part, thermoforms that currently get recycled are included in PET bottle bales. But PET reclaimers don’t want too high of a percentage of thermoforms, a packaging type that includes cups, clamshells, bowls and other take-out packaging.

Among the challenges with thermoforms are problematic labels, non-PET look-alike packaging, and greater fines generation during the recycling process. Additionally, thermoformed PET has a lower intrinsic viscosity than bottle-grade PET.

Still, there are reclaimers that specialize in the material type. Green Impact Plastics’ plant coming on-line in Vernon, Calif. will focus on recycling PET thermoforms. And thermoforms manufacturer Direct Pack Inc. has started taking in thermoform bales at a recycling facility in Guadalajara, Mexico.

The change was made after How2Recycle program managers conducted an analysis and found that too few U.S. collection programs were accepting non-bottle rigid PET packages for the packages to carry unqualified recycling claims under Federal Trade Commission (FTC) standards.

The How2Recycle program is part of nonprofit group GreenBlue, which also includes the Sustainable Packaging Coalition (SPC), a partner in the recently announced research project.