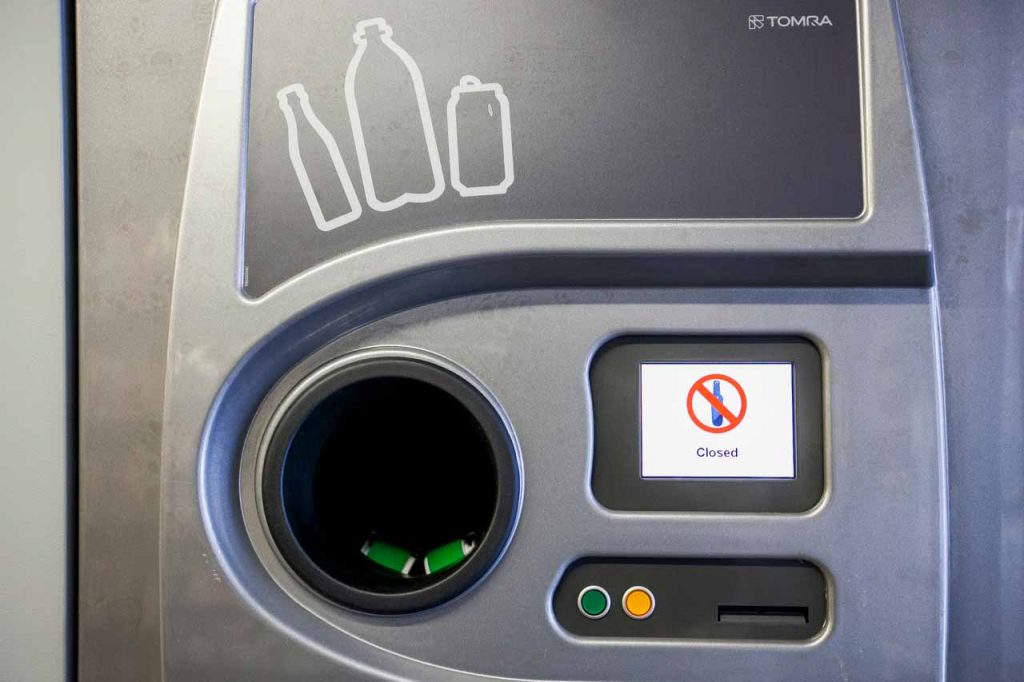 Eight out of the 10 states with container redemption systems have enacted temporary measures limiting deposit returns in some way. | Karolis Kavolelis/Shutterstock

Stay-at-home orders are hitting container deposit systems hard, leading to significant declines in the volumes of high-quality PET and other recyclables moving to material processors.

Eight out of the 10 states with container redemption systems have enacted temporary measures limiting deposit returns in some way. The fallout for recycled material processors has been expansive.

With less material coming in, companies are shouldering higher costs as they scramble to supply their customers and adapt to the fast-changing landscape. The material shortage comes only weeks after states began adopting stay-at-home orders and other regulations limiting economic activity to prevent the spread of the novel coronavirus.

Collins’ organization has compiled information about how deposit systems are changing due to the coronavirus. Most of the states that have made changes have relaxed the requirement for retail stores to redeem containers, she said. This is the case in Connecticut, Iowa, Maine, Massachusetts, New York, Oregon and Vermont. In Michigan, the regulation went a step further, defining container redemption as non-essential.

In Oregon, where the beverage distributor-managed Oregon Beverage Recycling Cooperative (OBRC) runs the state’s container redemption system, returns are down but have not vanished. Retailers have largely suspended acceptance of containers for redemption in line with the state’s emergency regulations, but OBRC operates a number of standalone redemption centers that remain open with social distancing policies in place.

Bailey noted that “everything is very volatile” and that returns could vary significantly from week to week. Part of that is due to the fact that OBRC has a program through which people can fill a bag with containers and drop the full bag off at a redemption center.

The retail collection suspension has a significant impact. Bailey said there are areas with no returns coming in at all because OBRC has no redemption centers in those regions. And even where redemption centers are available, more people are likely simply staying home due to the virus.

Redemption options have diminished significantly in Iowa, as well. The state suspended retail collection requirements. And even though some stores continued to redeem containers shortly after that regulation, a statewide stay-at-home order contributed to a drop in returns.

For plastics recycling company CarbonLite, a major processor of recovered PET, the impact has been substantial, but only for the company’s California operations.

In the past, CarbonLite had “ample material” from the deposit stream, which generates up to 600 million pounds per year of PET, Farahnik said. But the reduction in public activity from the coronavirus, along with recent substantial rainstorms, have added to supply problems that were already occurring in the state (in recent years, California has seen widespread redemption center closures).

The shift in feedstock has spurred substantial operational changes at the facility.

Curbside bales have much more contamination than the deposit stream. That’s not a problem for CarbonLite’s facility in Dallas and its upcoming plant in Pennsylvania, where the equipment is prepared to handle curbside contamination levels. But in California, where the facility was built under the assumption of cleaner material, it’s a different story. For CarbonLite, that means bringing in additional manual sorters.

“There is no supply,” said Tom Emmerich, chief operating officer at Schupan and Sons, the largest processor of deposit containers in the state.

He noted Schupan understands why the order was made and that the country is in unusual times. But he pointed to a couple potential points of concern. Residents may stockpile containers and wait until the retail redemption sites reopen, leading to a chaotic situation. Starting the system up again in an organized way is going to be a key challenge, Emmerich said.

The stop in deposit collections is also problematic to manufacturers, Emmerich said. Michigan deposit containers are very highly sought after for manufacturing because they’re some of the cleanest recycled feedstock around.

Beyond the deposit disruption, drop-off recycling and some curbside programs in Michigan have suspended service due to the coronavirus as well, further limiting supply.

Meanwhile, demand for beverage packaging overall is up in the past few weeks.

A version of this story appeared in Resource Recycling on April 14.