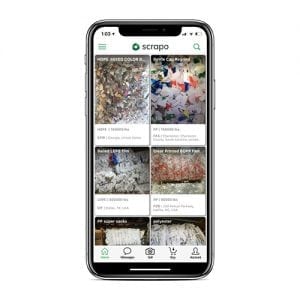 A year after an online scrap plastics trading marketplace launched, an executive at the startup offered insight into where material is moving in the aftermath of China’s ban.

Scrapo, a Sunnyvale, Calif. technology company, came online in November 2017, pledging to help reduce disposal of plastics by bridging the gap between buyers and sellers. Today, 10,400 buyers and sellers have used the software platform, three-quarters from outside the U.S. They have listed a total of 2 billion pounds of plastic for sale.

Buyers live in 140 countries. The country with the most buyers of U.S. scrap plastic is India, Scrapo data shows.

“We have a lot of domestic-to-international transactions and conversations happening,” said Joseph Klatt, sales and marketing manager for the company.

How the platform works

Scrapo, a Silicon Valley startup, is not the first online marketplace for recyclables trading. But the software platform’s face-to-face, live chats differentiate it from others, Klatt said.

Sellers post listings and find and share information with potential buyers through the desktop or mobile app, but contracting still occurs outside of Scrapo.

“[The founders] wanted something where you could have instant communication,” Klatt said. “It was quick and easy and you could find out whether this was going to be a good deal quickly.”

Scrapo does not take a fee for listings or sales; instead, it has earned revenue through an optional, enhanced service through which it lists plastics under a “Fulfilled by Scrapo” banner and takes ownership of the sales, logistics and payment processes, Klatt said.

Users can follow, review or block other participants; if a user gets too many blocks, they will be removed from the platform, Klatt said.

Listings on the marketplace cover loose or baled material, flakes and pellets. The average listing size is for a truckload or more of material. Since it launched, 65 percent of plastic listed on the platform has been post-industrial material and 35 percent post-consumer plastic.

Because Scrapo doesn’t receive information on all completed sales, it can’t calculate the total pounds traded as a result of connections it facilitated. But the “Chat with Seller” button, which starts negotiations, has been hit 33,000 times, he said. 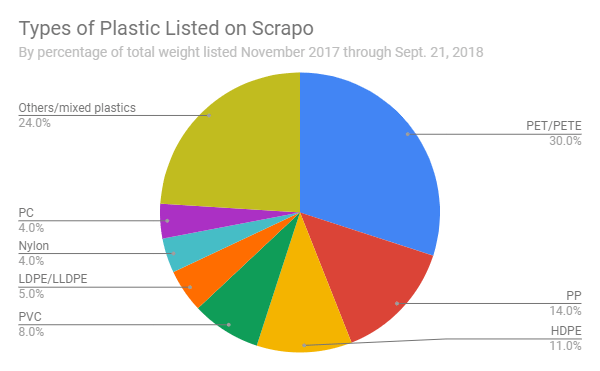 Looking at the post-China landscape

A press release Scrapo issued earlier this month focused on how it is helping domestic sellers find new buyers in the wake of China’s import restrictions.

Since China began curtailing imports of scrap plastics, Scrapo has seen a rise in alternative markets in Southeast Asia, Klatt said, similar to what has been reported industry wide; however, he noted that subsequent restrictions by governments in Thailand and Vietnam have since slowed activity in those countries. 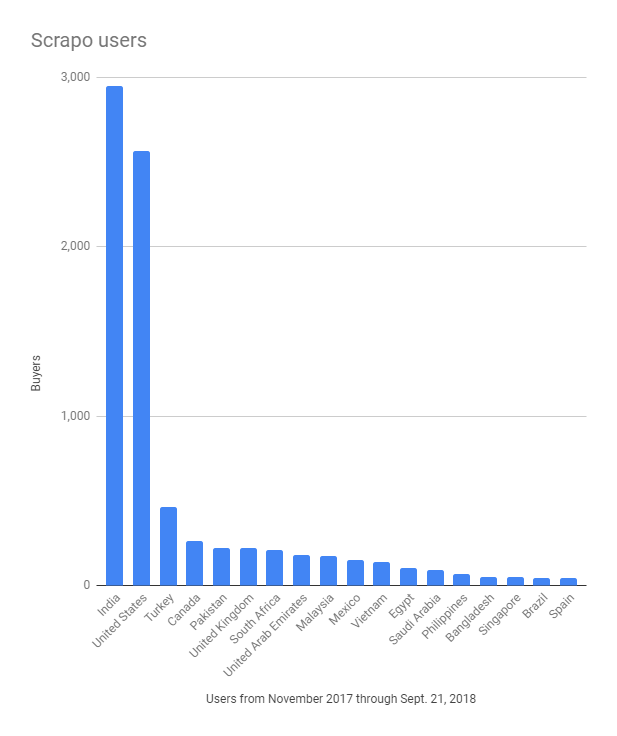 Klatt noted that after China’s ban went into effect, many domestic reclaimers were pelletizing their plastic for export to China. But tariffs have since affected the economics of that, he said.

Scrapo counts 2,500 U.S. buyers and sellers. The company wants to grow that number, after China’s policies severed business relationships between the countries.

“One focus is helping people … find those new relationships after a lot of their existing relationships were broken after this industry disruption. But there’s also another aspect of trying to build a more robust domestic market,” Klatt said. “And that’s going to be through, again, new relationship building.”