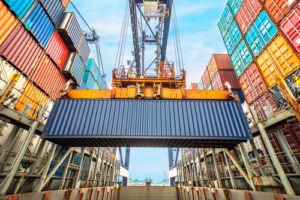 Vietnamese officials are looking at short- and long-term policies to stem the skyrocketing volume of recyclables the country has imported in recent months.

The Ministry of Natural Resources and Environment said 4,480 containers of scrap materials are sitting at ports operated by Saigon Newport International. About 20 percent was scrap paper and the remainder was other materials, primarily plastic.

But now, the country’s government is moving toward legislative action. During the press conference, officials said the government will be “revising legal documents on the management of waste imports, taking into account environmental protection, as well as putting into place a mechanism to manage, control, and prevent the trade and import of scraps from afar.”

In the short term, the government said it will crack down on containers that have been sitting at ports for longer than 90 days. It will also ask ports to “carefully check the environmental permits of the imported scrap containers before allowing them to be unloaded,” according to the press conference. The head of the Vietnam Maritime Administration explained the short-term regulations in an interview with state media.

Government legislation in Vietnam would follow similar actions in Thailand, where the government announced it would immediately ban scrap plastic from entering the country in late June. U.S exporters sent 174 million pounds of scrap plastic to Thailand from January through May, up from 7 million pounds during the same period in 2017.

Other Southeast Asian nations have signaled their intent to take similar steps.