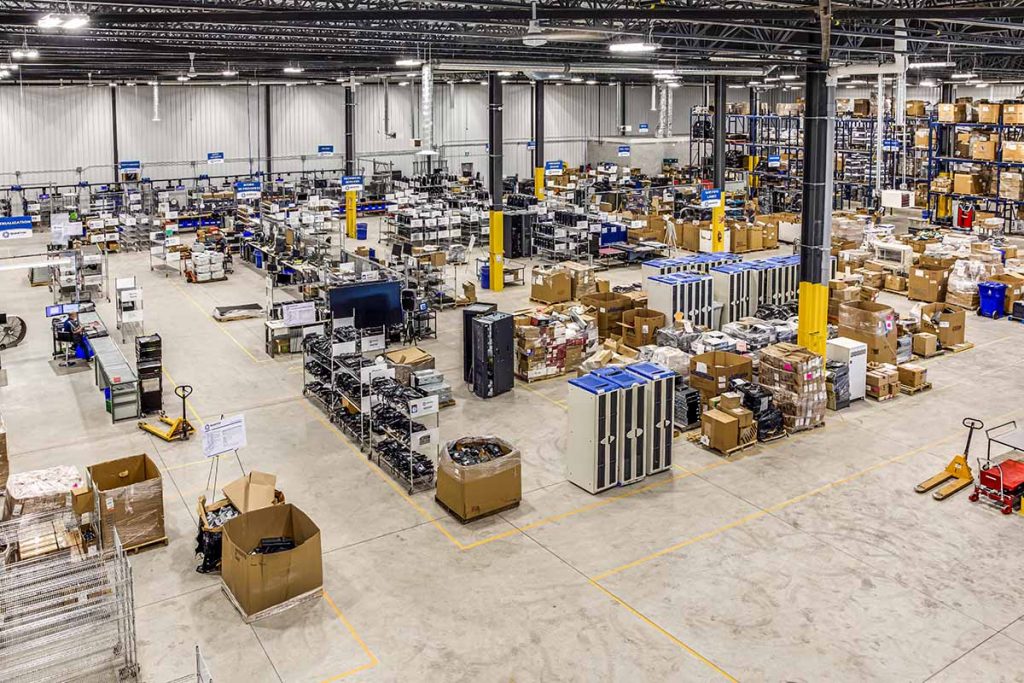 The Canadian processor reported that 77% of its employees are male and that the average number of years worked at the company is 5.5. | Courtesy of Quantum

Quantum Lifecycle Partners recycled 83.6 million pounds of e-scrap and reused nearly 410,000 assets and components during the 2022 fiscal year, according to the company’s first impact report.

The pan-Canadian processor’s impact report covered the period from Feb. 1, 2021, through Jan. 31, 2022. During that time, the company estimates, it prevented the release of 83,363 metric tons of carbon dioxide-equivalent emissions through its reuse and recycling activities.

Quantum was formed by the 2019 merger of Shift Recycling and Global Electric Electronic Processing (GEEP), and it’s owned by two groups of shareholders, Combined Metal Industries and Giampaolo Group. The company has locations across Canada, and it also has a facility in Costa Rica.

In the report, which was published in December, Quantum noted that it has a goal of reusing 500,000 electronics assets and components and recycling 80 million pounds of commodities in the next year. Compared with the fiscal year 2022 numbers, the goals reflect a desire to boost reuse numbers by 22% and decrease commodities recovery by 4%.

The document also disclosed numbers on the employee makeup at Quantum. Of the company’s nearly 450 employees, 77% are male and 23% are female. The average employee’s age is 42, and the average number of years worked at the company is 5.5.

“What we do, electronics reuse and recycling, has always been good for the planet. This report lays the framework to take our efforts to the next level,” Gary Diamond, president of Quantum, stated in a press release. “We look forward to reporting on our progress each year.”

Quantum now has facilities in the Ontario cities of Barrie, Brampton, Ottawa and Toronto; the Alberta cities of Calgary and Edmonton; Quebec’s largest city, Montreal; and British Columbia’s largest city, Vancouver. In February 2021, the company acquired a facility in Costa Rica, and in January 2022, it acquired REfficient, a reuse-focused company with a location in Hamilton, Ontario.

One of the largest ITAD and e-scrap recycling companies in Canada, Quantum isn’t the only major industry processor to publish its first sustainability report in recent years. A year earlier, ERI published its first environmental, social and governance (ESG) report, noting that the U.S. e-scrap recycling company recycled 113.7 million pounds and resold 4.3 million pounds of used devices in 2020.