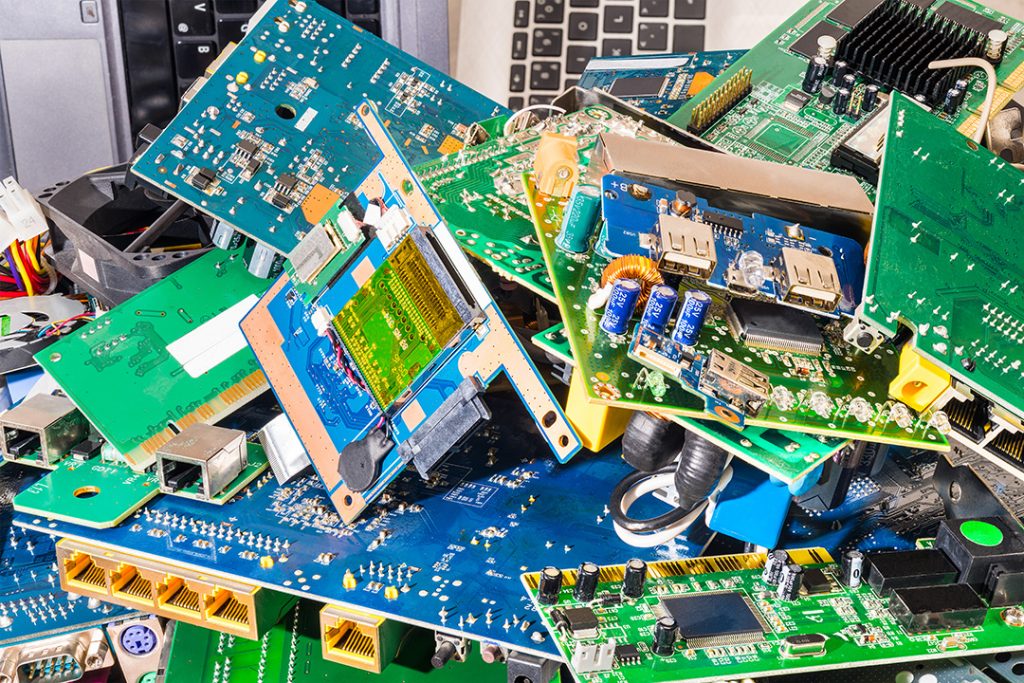 Quantum Lifecycle Partners doesn’t have plans to shut down any of the facilities previously operated by Shift Group or GEEP Canada. | KPixMining/Shutterstock

GEEP Canada and the Shift Group of Companies recently merged to form the largest e-scrap company in Canada. An executive at the firm said a crowded marketplace and evolving materials stream helped drive the move.

Global Electric Electronic Processing (GEEP) Canada and the Shift Group, which is made up of end-of-life processor Shift Recycling and ITAD provider Revolution, first announced in September they were combining to form Quantum Lifecycle Partners.

The combined company is owned 50-50 by owners of each of the prior companies. Gary Diamond, founder of Shift Recycling, serves as president of Quantum Lifecycle.

In a recent interview with E-Scrap News, Clayton Miller, vice president of business development-EOL at Quantum Lifecycle, explained how tight competition in Canada and a changing e-scrap stream led to the conclusion that “a merger of equals” made sense.

“Part of this merger is around the fact that it’s increasingly hard to make money on processing scrap material exclusively,” he said. That’s because the e-scrap stream is growing more complex, with more embedded batteries, lighter overall weights, and less precious metals content. Meanwhile, commodity markets are unstable.

“You combine all those factors together, making money on the scrap side of things has never been harder,” Miller said.

Miller pointed out the service areas and GEEP and Shift didn’t have a lot of overlap.

Quantum Lifecycle doesn’t have any plans to shut down any of the facilities, Miller said, although some of the focus areas may change.

For example, Quantum Lifecycle could see the Toronto processing facility becoming a specialist in recycling certain grades of material and the Barrie facility specializing in recycling others, Miller said.

The facilities also move material between each other. For example, the former GEEP Canada ITAD facility in Brampton, a suburb of Toronto, is sending end-of-life equipment it receives to the nearby former Shift Toronto plant for recycling.

The merger was also advantageous from an ITAD perspective.

Revolution has specialized in field services, which it can share with the former GEEP Canada facilities. And while Revolution typically provided ITAD services to small- and medium-sized businesses, GEEP Canada’s ITAD offerings were focused on larger enterprise clients.

“You combine those two things, and I think it’s a powerful story,” he said.

The merger includes operations formerly run by GEEP Canada, but the deal does not include GEEP USA, which has locations in Auburn Hill, Mich., and Durham, N.C.

Company managers didn’t want to upset relationships with U.S. processors they do business with by merging with a competitor in their markets, Miller said. They also wanted to keep their focus on Canada.

Miller noted the Canadian marketplace has had excessive processing capacity, a fact that has resulted in moves to slim down across the sector. Sims Recycling Solutions, for instance, shuttered all three of its Canadian facilities in 2014.

Miller noted a number of smaller players in Ontario and other provinces have gone out of business.

“All these processors in the Canadian marketplace that are barely eking out a profit, if any, I think business owners in general are just getting to a point where they don’t want to do that anymore,” Miller said.

Miller added the merger allows for synergies and economies of scale to be gained from having a larger footprint. One advantage of that scale is absorbing the costs of automation, he said.

“When the ownership of Shift and GEEP looked at the market, they saw a real good opportunity because of GEEP’s strength on the ITAD side, because of Revolution’s strong focus on service and because of Shift’s really solid processing abilities,” Miller said. “That’s where the synergy is. It’s not just about getting more pounds through for less.”