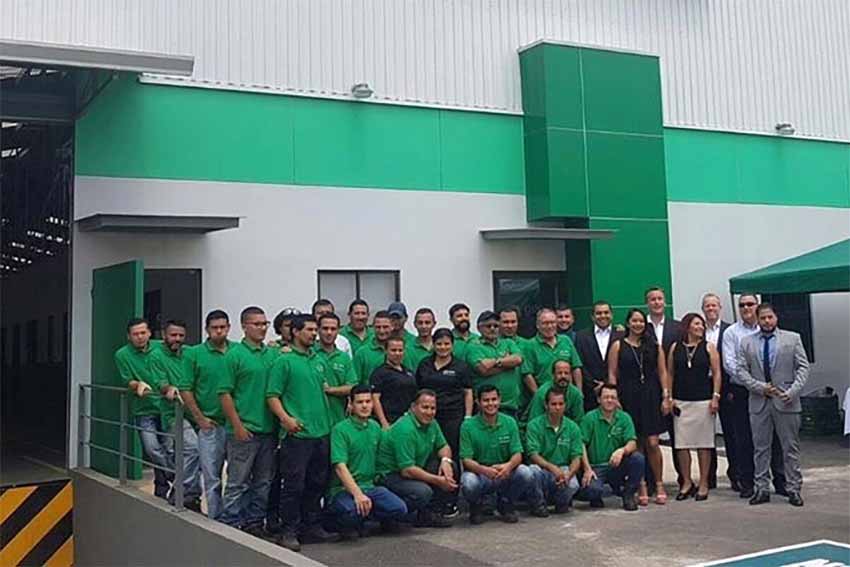 One of Canada’s largest e-scrap processors has made the leap to Latin America.

Toronto-headquartered Quantum Lifecycle Partners on Feb. 1 finalized the acquisition of an e-scrap and ITAD processing facility in Cartago, Costa Rica, which is near the capital of San Jose.

Quantum acquired the facility, the company’s first outside of Canada, from GEEP Costa Rica.

Quantum was formed in late 2019 as a partnership combining the assets of the Shift Group of Companies and Global Electric Electronic Processing (GEEP) Canada. The GEEP Canada assets were acquired from the Giampaolo Group of Companies, a collection of metals processors.

U.S. processor Regency Technologies bought the GEEP U.S. facilities from Giampaolo Group, and Regency was working to buy the Costa Rica operation, too, but the deal was never finalized. As a result, Giampaolo Group maintained ownership of GEEP Costa Rica until Quantum’s acquisition of the plant last month.

Clayton Miller, Quantum’s vice president of business development, recycling, told E-Scrap News the company decided not to acquire the Costa Rica operation at the same time as the GEEP Canada facilities because it didn’t want to bite off more than it could chew. But with integration of the former GEEP Canada facilities going smoothly, Quantum saw the Costa Rica acquisition as an opportunity to bring additional value to the market and shareholders, Miller said.

“It’s a step forward in our overall evolution as a company to be an admired ITAD and e-waste recycling service provider,” he said.

Miller, who declined to disclose the purchase price, said Quantum sees Central and South America as an underserved market when it comes to quality, compliant electronics recycling providers.

With 35 to 40 employees, the Costa Rica plant handles about 10 million pounds per year, with scrap coming mostly from domestic sources and ITAD material coming from Costa Rica and across the Caribbean region. For recycling, the plant is a manual tear-down operation, but Quantum plans to install some complementary mechanical systems soon, Miller said.