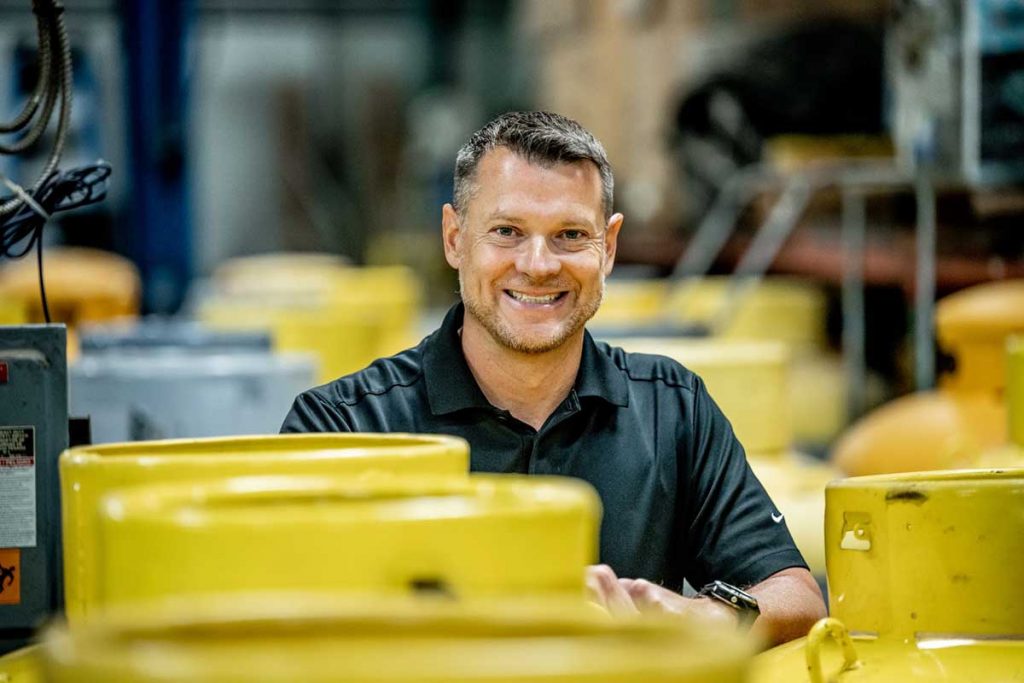 Total Reclaim’s CEO Bobby Farris was hired three years ago to “rehabilitate the organization” after an export scandal. | Courtesy of Total Reclaim

Bobby Farris now has full control of Washington-based Total Reclaim, and he is targeting additional markets for the processor.

CEO Bobby Farris acquired a majority share in the company from its previous owners earlier this month, and he plans to regrow both what the company lost in the legal fallout of the previous owner’s actions and head into new territory: alkaline battery shredding.

“They brought me in three years ago to take over, clean up and rehabilitate the organization and over the course of three years I feel like that’s been accomplished,” he said. “During that time there were discussions on how to transfer it over to different ownership and the opportunity presented itself so it ended up being me.”

His purchase was announced on the three-year anniversary of his hiring, Farris said. He was brought on after previous owners Craig Lorch and Jeffrey Zirkle were prosecuted for illegally exporting e-scrap overseas, among other charges.

“It’s a great company. It has great people, a great customer base, great service provided to the market,” Farris said. “I love working there. I love the company. I love what we’ve accomplished and I would hate to have put three years of effort into something and not be willing to see it out. I feel like it’s a part of me now and this was just formalizing it.”

Moving with the markets

Farris said one thing that helped the company survive the hit to the e-scrap business side is its diverse portfolio of services.

“We’re recycling things that aren’t traditionally considered e-waste,” he said. “So I would say 10 years down the road I see growth, but I see growth in all of those areas.”

In response, he’s looking to shift that infrastructure to batteries. Total Reclaim is close to bringing an alkaline shredding system on-line, which Farris said would be one of the first alkaline shredding lines on the West Coast.

It would shred alkaline batteries and produce a black mass of zinc-manganese concentrate that could be used as fertilizer in the agricultural industry. Farris said he expects to have the battery line fully operational by the end of December.

He also plans to keep regaining the customer base that Total Reclaim lost and restore its certifications.

The company did hold R2 and e-Stewards certification previously, and Farris said he plans to start the process of re-certification, though he’s not yet sure which.

“In an ideal world I’d like to be certified to everything, but for us it’s a case of putting the resources in place to be able to gain certification,” he said. “We still have all the same infrastructure, we still have all the same equipment, we have the same expertise so we know how to execute on it, but the certification process will require all the formal aspects. So for us it’s more a cost benefit analysis.”

After taking over, Farris said he was met with a talented team that had “been through the wringer.”

“It’s like taking over a sports team that was once successful and is losing and then you need to change the culture,” he said. “A lot of it is instilling confidence in the people who work there and creating an environment that will allow them to succeed and be confident in the direction that the company is going.”

Changing the internal culture was one challenge, but Farris also worked to change the public perception. That will be easier with him as the owner, he said.

“Under prior ownership that stigma is still there and it kept a lot of doors closed,” Farris said. “Fortunately, I’ve met with a majority of our former customers and potential customers and the consensus is ‘we’d like to do business with you assuming there’s a change.'”

He said while the mistakes the previous owners made were not his own, he has still learned from them and “I don’t want to run from those mistakes. but I want to use it as a learning opportunity, an opportunity to set a standard going forward.”

“The company was once there and lost its way. That doesn’t mean it can’t get back there,” he said.