How processors are easing their pain at the pump 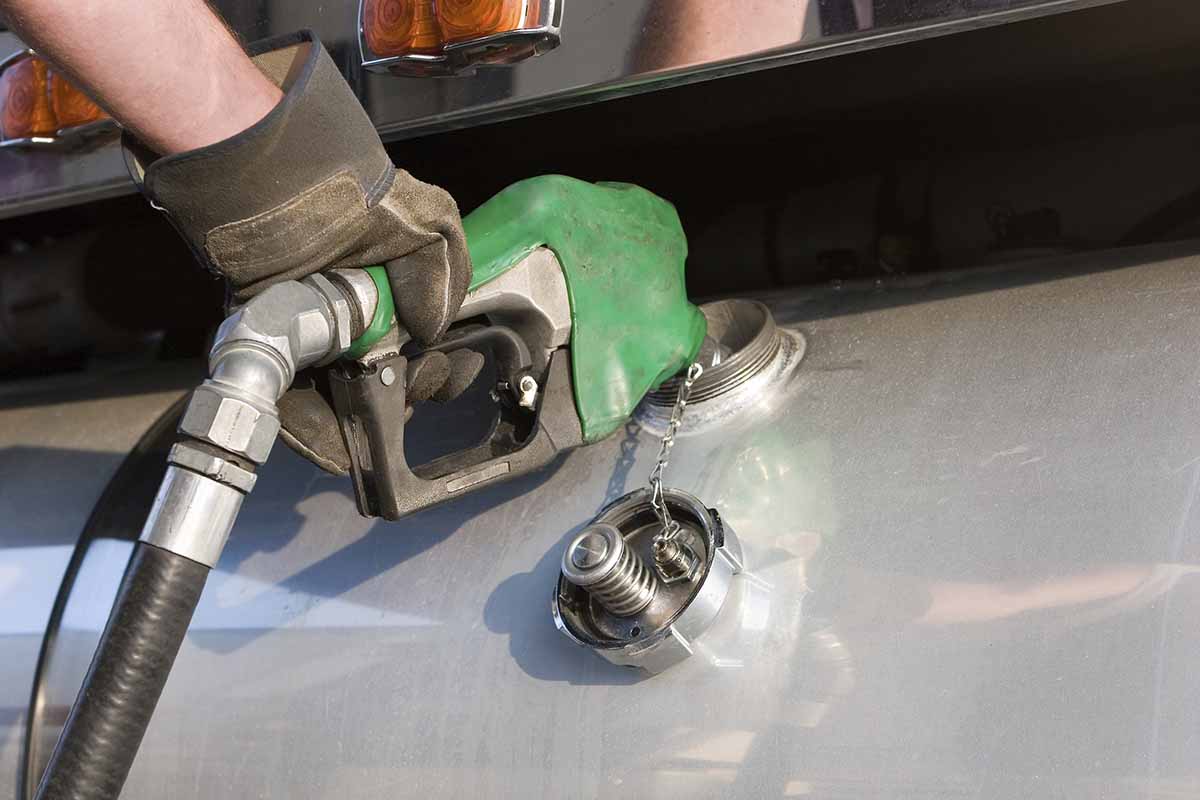 Fuel prices have impacted players in the electronics recycling and refurbishment space this year. | Paul Vasarhelyi/Shutterstock

With fuel costs through the roof, electronics processors are faced with the question of whether to pass those added expenses to customers or absorb them and endure tighter margins. Green Wave Electronics is splitting the difference.

The Atlanta-based ITAD and e-scrap recycling company is doing its best to pass on the fuel costs, but “we’re eating a good percentage of that increase,” said Mark Sherman, CEO of the company.

An important consideration is the company’s customer relationships, some of which go back over a decade. “We’re doing the best we can to mitigate the effects of the prices while maintaining good relationships with our customers,” Sherman said.

Gas prices may have fallen fast from their June highs, but they’re still far above historical averages, and many recycling companies and programs continue to feel the pinch. U.S. diesel prices are averaging about $5.50 per gallon, up by nearly 50% from the beginning of the year and nearly two-thirds year over year, according to the U.S. Energy Information Administration.

Jim Levine, CEO of nationwide ITAD and e-scrap recycling company Regency Technologies, points out that the electronics recycling and reuse business has higher costs and lower margins than typical service-based or software businesses, so transportation efficiency has always been an important facet to pay attention to.

With eight facilities around the country, Regency Technologies welcomes roughly 50 or so trucks to its docks each day, he estimated. The company uses box trucks and its own drivers for local collections, but the bulk of inbound material from clients arrives via third-party logistics.

“Regardless of who’s paying for it, it’s a big expense,” he said.

With high and fluctuating fuel prices, efficiency matters now more than ever.

“We’re doing the best we can to mitigate the effects of the prices while maintaining good relationships with our customers.” – Mark Sherman, CEO of Green Wave Electronics

The company employs a logistics team that optimizes where and when trucks make material pick-ups, except for cases in which there’s dedicated freight serving one client, he said. The key is to balance efficiencies while making sure Regency Technologies meets its service-level commitments, he said.

Levine noted some clients are willing to pay more to have their material picked up at a specific time and date, and others prefer to wait until a truck is in the area doing multiple pick-ups. But freight rates haven’t led any clients to delay their electronics refresh projects, he said.

“So far, we haven’t hit that point where … people have said, ‘Hey, we’re not doing this because of freight,'” Levine said, adding that it could reach that point if prices continue to rise.

Shannon Dwire, Millennium Recycling’s president, said the company’s main strategy has been to ensure as much weight as possible per load, maximizing the value per ton. For shipping within 100 miles, the company runs one full-time semi-tractor, which can connect to over a dozen trailers. Outside the area, it hires less than truckload (LTL) or other carriers.

For both material pickups and deliveries, the company requires that a minimum load count or weight be available, she said, and the company’s warehouse operators are required to load trucks to their maximum legal weight limit.

Millennium Recycling sends most of its bales to companies with which it has long-term relationships in that region, regardless of freight costs. But some of the spot materials that may otherwise have been shipped to the East Coast aren’t going there because of high freight costs, she noted.

Some of these efficiency moves are at play at another Midwest recycling company, Schupan & Sons, which is based in Michigan and handles scrap electronics, metals, plastics and beverage containers.

The company’s industrial recycling unit deals in metals (mostly aluminum) from manufacturers of vehicles, building materials and other products. Gary Curtis, president of that division, said Schupan and Sons always tries to be diligent about shipping efficiency because it’s “a tough business and tight margins anyway.”

But the high diesel prices have added urgency to the effort, he said, leading the company to look more closely than ever at routing efficiency. The industrial recycling division’s account executives are communicating more often with customers to ensure containers are completely full of scrap when Schupan and Sons trucks arrive to pick them up, he said.

“Now we’re asking them to let us know if it’s not full for any reason,” he said.

Schupan and Sons’ industrial scrap division has its own fuel tanks at its Kalamazoo, Mich. and Elkhart, Ind. facilities, Curtis said. The division’s 20 drivers fill up at those pumps, as do drivers for Schupan and Sons’ aluminum and plastic sales division.

Curtis said having the tanks allows him to sign fixed-price contracts for deliveries of tanker quantities of fuel. He was able to lock in 2020’s low fuel prices through all of 2021, he said.

“Regardless of who’s paying for it, it’s a big expense.” – Jim Levine, CEO of Regency Technologies

Other recycling industry players are working to pass the fuel costs to customers.

Green Wave Electronics, which was formed a year ago when Atlanta-headquartered QGistix acquired Indianapolis-based Green Wave Computer Recycling, has been able to bring in revenue by selling available capacity on its trucks.

Sherman said the company has a trucking division with five tractors and upwards of 67 trailers.

Transportation costs are a major consideration for the company, factoring heavily into where Green Wave is opening additional facilities in the U.S.

Green Wave’s in-house trucking capacity has proven a boon amid a tight trucking market. The processor uses its vehicles to ship electronics from its branch locations in Illinois, New Jersey and Texas to its processing location in Indianapolis (Atlanta is in the process of getting processing capabilities, too).

But on return trips, rather than send an empty trailer, Green Wave will sell excess trailer capacity on third-party load boards, Sherman said, in addition to using the trips to send its commodities to downstream outlets. The shipments into major metropolitan areas – such as when Green Wave trucks return to Hanover, N.J., near New York City – pay a lot, he noted.

“All we can do is what we always do, which is we try to never ever send a truck empty,” he said. “Selling excess capacity on third-party networks really helps.”

Levine of Regency Technologies emphasized the importance of conducting trucking market analysis so the processor can spot-check transportation quotes to confirm they’re relevant.

“Regardless of who’s paying for it, it’s in our DNA to try to look for the best rate,” he said. He added that means considering competitive rates from service providers that can get the work done, not just choosing the lowest possible rate.

Many recycling programs are exploring alternatives to diesel, including compressed natural gas (CNG) and electricity, which tend to have more stable pricing.

On that list is The Big Apple, where the sanitation department averaged $2.5 million per month in fuel expenses during the 2022 fiscal year but saw those costs rise to $3.4 million in June.

“The NYC Department of Sanitation has an obligation to remove the 24 million pounds of refuse and recycling that New York City residents put out every day,” said Vincent Gragnani, press secretary for the New York City Sanitation Department (DSNY). “Unfortunately, there is not a way for us to do this with less fuel.”

Gragnani said DSNY is piloting the use of all-electric collection trucks and street sweepers, with plans to gradually expand the fleet.

“While the initial experience with these vehicles has been positive, the transition will take years, as we need to also equip our facilities with the infrastructure necessary to charge these vehicles,” he said.

“All we can do is what we always do, which is we try to never ever send a truck empty. Selling excess capacity on third-party networks really helps.” – Mark Sherman, CEO of Green Wave Electronics

Others have already ordered EVs, but deliveries are delayed amid widespread supply chain challenges. Earlier this year, Boulder, Colo.-based nonprofit recycling organization Eco-Cycle, which runs a Center for Hard-to-Recycle Materials (CHARM) that collects e-scrap, purchased a Mack LR Electric truck to collect organic materials at the curb. Justin Stockdale, who directs zero waste hauling operations at Eco-Cycle, said the vehicle was scheduled to roll off the production line in March but hasn’t arrived yet.

Some all-electric semi-trucks are beginning to come onto the market, but electronics and plastics recycling professionals said they’re not seeing the trucks as a viable solution for them in the short term.

That was a concern echoed by Scott Saunders, general manager of Troy, Ala.-based KW Plastics, the largest polypropylene recycling company in North America and a purchaser of post-consumer plastic bales from all over the country.

The delayed availability of electric vehicle equipment means companies are essentially locked into the modes of transportation they’ve got, Saunders said. Even if electric trucks arrived tomorrow, they would require years of retraining a workforce of mechanics accustomed to working on diesel engines, he said.

Sherman echoed that he doesn’t see realistic options yet for electric semi-trucks.

“I would love to snap my fingers and have an electric semi that’s viable and can drive the number of hours that a diesel semi can do on a daily basis,” he said, “but they’re not viable yet.”

A version of this story appeared in Resource Recycling on August 8.