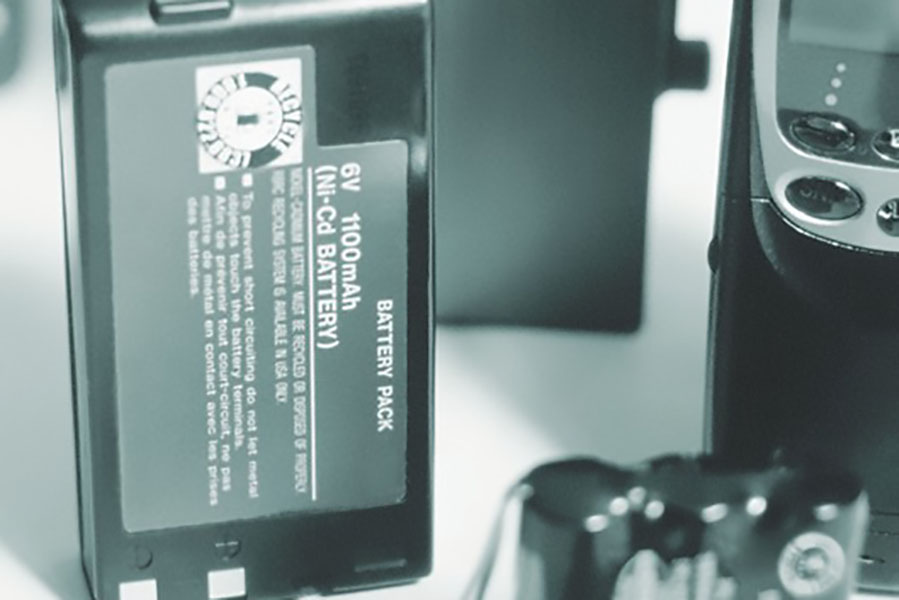 New battery recycling guidelines are in development by the U.S. EPA. | Courtesy of Call2Recycle

Congress directed the U.S. EPA to develop voluntary battery recycling labeling guidelines instead of mandatory regulations, but the head of an industry group believes they’ll still have a significant impact on the industry.

As the federal government brings new energy to addressing the country’s recycling challenges, Leo Raudys, CEO and president of nationwide battery stewardship organization Call2Recycle, shared his thoughts on the opportunities the attention brings.

“From our perspective – from my perspective – it’s a really, really exciting time to be working in this space, so we’re thrilled that the federal government is jumping in and really trying to advance the conversation,” Raudys told E-Scrap News.

“There’s always the challenge of information overload, people get focused on other things, and this is a very, very important issue,” he added later.

Much of the recent push comes from last year’s Bipartisan Infrastructure Act, which appropriated $375 million to create a Solid Waste Infrastructure for Recycling grant program, a Recycling Education and Outreach grant program and a Model Recycling Program toolkit. The legislation also gave the EPA $10 million to compile best practices for battery collection and recycling, and it provided $15 million to craft voluntary battery labeling guidelines. The deadline to complete the tasks is Sept. 30, 2026.

As one of its first steps, the EPA recently asked for comments on battery labeling, and it received 57 of them. Call2Recycle, which runs a network of 15,000 battery collection sites around the country, provided 16 pages of comments.

Other comments came from electronics repair and recycling organizations and individuals, such as the Institute of Scrap Recycling Industries (ISRI), iFixit and the Digital Right to Repair Coalition; battery recycling companies Cirba Solutions (formerly Retriev Technologies, Battery Solutions and Heritage Battery Recycling) and Li-Cycle; business groups such as the Association of Equipment Manufacturers, the Rechargeable Battery Association, U.S. Chamber of Commerce, National Electrical Manufacturers Association and the Association of Battery Recyclers; and others.

The EPA’s battery recovery effort is important for a number of reasons. Raudys noted that batteries contain valuable metals that will be needed for the transition to a clean energy future, which involves electrification of the transportation and industrial sectors. Meanwhile, from a circular economy/responsibility perspective, the U.S. doesn’t want to put batteries into service as part of a green revolution, only to have them create environmental problems down the road, he said.

Additionally, the labeling discussion is important because improperly discarded batteries can trigger fires at electronics processing plants, as well as in trucks and at curbside garbage and recycling facilities.

Over two decades ago, the EPA approved battery manufacturers using recycling labels developed by Call2Recycle. Those seals use the word “Recycle,” list a code to identify the battery’s chemistry and provide a Call2Recycle phone number to call for recycling information. Despite the fact that they’re voluntary, most U.S. batteries use the seals, Raudys noted, which is why Call2Recycle wasn’t disappointed when legislation called for voluntary labeling guidelines.

“We’ve had our seal going on batteries for many, many years, and it’s a pretty key part of our model of communicating to customers what the right thing to do is,” he said.

At the same time, since the EPA first started approving those seals in 1998, there has been a proliferation of labels out there, and consumer confusion remains a problem, he said.

Additionally, lithium batteries, which can hold a powerful charge and spark fires after their disposal, are being used in more and more types of electronics and appliances.

Raudys said that, in terms of labels, there are a multitude of considerations. For example, consumers can see the chasing arrows symbol and wrongly assume it means they should toss the battery in their curbside recycling bin. On the other hand, not having recycling language on the label can lead people to assume a given item should be disposed of in their garbage can.

“It’s not so much that the chasing arrows in and out of itself is the problem. It’s making it better,” he said.

Meanwhile, batteries can come in very small sizes, such as button or AAA batteries, that make it difficult or impossible to include messaging in any useful logo or font size, he noted.

“You’re dealing with a small form factor with complicated chemistries and a message that requires some nuance, depending on what the situation is,” he said.

Call2Recycle noted in its comments to the EPA that including detailed recycling instructions on packaging or in instruction manuals, alone, may not solve the size problem either. A survey conducted on behalf of Call2Recycle showed that over half of consumers store their non-functioning batteries for six or more months before disposing of them, long after most people hold on to the packaging or manual.

As a result, Call2Recycle urged EPA to consider multiple touch points with consumers, including on-battery labeling, on-package labeling, online resources and more. The group also wants EPA to ensure harmonization with labeling requirements in other countries.

“The more harmonization there is, the better off we are,” Raudys said.

In Call2Recycle’s EPA comments, which were signed by Linda Gabor, Call2Recycle’s executive vice president of external relations, the group urged EPA to consult with it on changing its existing seals, rather than scrapping them altogether.

“With the Seal in use since the late 1990’s, millions of batteries, products, packaging, and manuals will bear this seal for decades to come and not taking this into account could jeopardize a key tool for clearly signaling to consumers that they can and should recycle batteries,” the comments stated.

Overall, Call2Recycle has decades of experience with consumer recycling behavior, but it doesn’t have one answer to the labeling conundrum. It’s looking forward to hearing from other stakeholders, including manufacturers, battery users, local governments and others.

“Having this conversation with stakeholders and gathering this information is exactly what’s been needed,” he said.