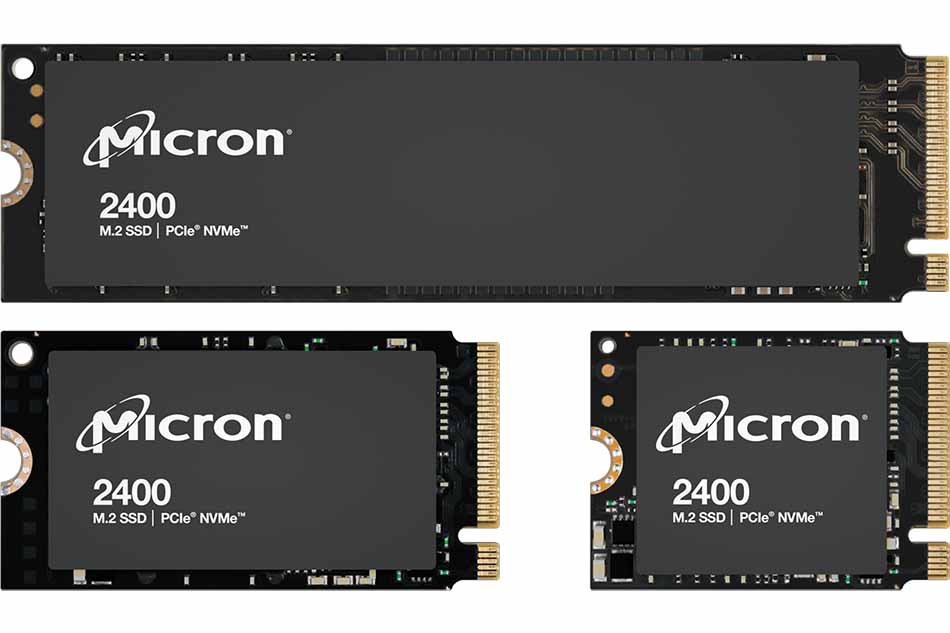 The Micron 2400 SSD is available in a size as small as 22 millimeters by 30 millimeters, 63% smaller than the current benchmark of 22 by 80 mm for small-form-factor internal SSDs. | Courtesy of Micron

Micron Technology has started offering a solid-state drive it says is significantly smaller and thinner than others, potentially leading to a decrease in the use of HDDs in future laptops.

The Micron 2400 SSD is available in a size as small as 22 millimeters by 30 millimeters, 63% smaller than the current benchmark of 22 by 80 mm for small-form-factor internal SSDs, the company said in a press release.

It also delivers significant improvements in data transfer speeds and lowers read latency and is energy efficient, reducing idle power consumption by half compared with Micron’s previous generation of SSDs.

That kind of improvement is in line with Intel Project Athena requirements, which call for more than nine hours of real-world battery life on laptops even when using high-definition displays, the press release said.

It’s meant for both consumer products and data centers, the press release said, and is available in three sizes: 512GB, 1TB and 2TB.

HDD recycling and refurbishment have gotten greater attention in recent years, including in June from the White House when a report from the Biden administration suggested the federal government should encourage design for recyclability in consumer electronics and support technologies that recover rare earth magnets from hard drives.

Some industry experts have also suggested that newer laptop configurations, including SSDs, could pose both recycling and security challenges that the industry will have to adapt to address.