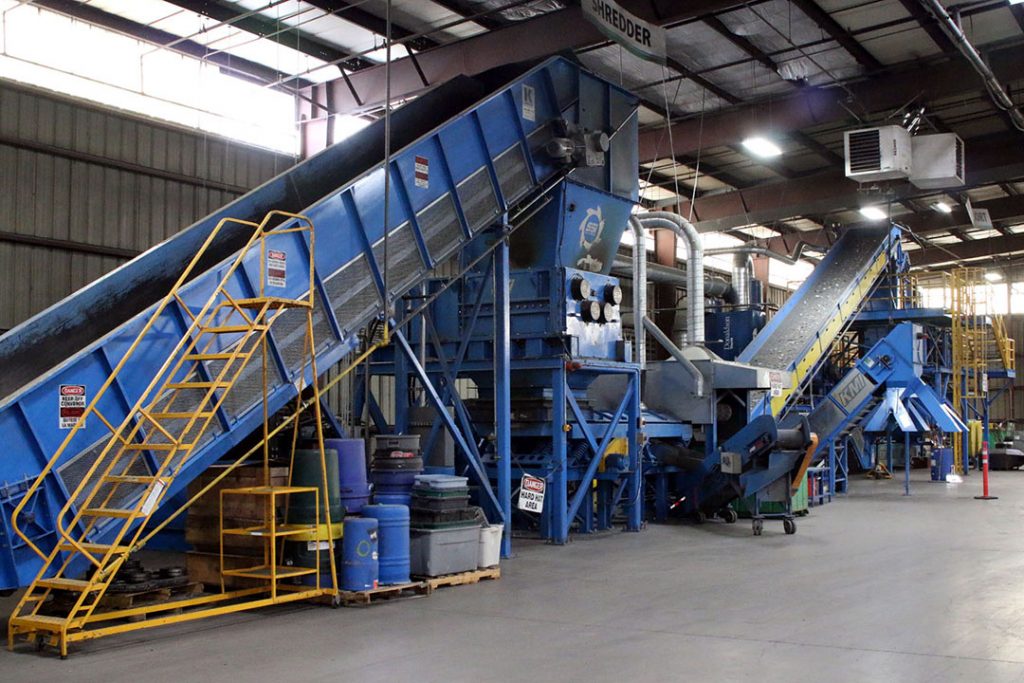 A major Pacific Northwest e-scrap processor has been acquired, and a company manager anticipates the new owners will expand its electronics recycling capabilities.

Simon Metals, a Washington state company with operations in Tacoma and Vancouver, was acquired by Metro Metals Northwest. Terms of the deal were not disclosed.

Both sites are now part of Metro Metals, giving the industrial-based scrap metals company a solid footprint in the electronics recycling space. Based in Portland, Ore., Metro Metals has sites in Portland; Vancouver, Wash.; and Denver. After folding the two additional Simon Metals sites into its company, Metro Metals is now the largest privately held scrapyard west of the Mississippi River, according to a press release.

“Words can’t really describe the optimism and overall excitement of the acquisition,” Paul Olsen, who was president of Simon Metals and is now Washington general manager for Metro Metals, told E-Scrap News. “Though Metro Metals wasn’t known for being an e-waste company, they are well known for their integrity and are very well respected in the metals recycling industry.  This combination will undoubtedly grow the Vancouver e-waste division.”

With the acquisition, Metro Metals has become a significant player in state extended producer responsibility programs in Washington and Oregon. The Vancouver e-scrap facility handles pounds paid for by the Washington Materials Management and Financing Authority (WMMFA) and the Oregon contractor plan, which is managed by the National Center for Electronics Recycling (NCER), Olsen said, although he pointed out those programs provide only a portion of the Vancouver division’s business.

According to the WMMFA annual report, Simon Metals’ Tacoma and Vancouver sites together handled 11.6 million pounds of Washington’s covered electronics in 2018, 46% of the total program pounds. That was more than any other processor. The company’s percentage of the program has grown in recent years as WMMFA reduced – and ultimately zeroed out – weight allocations to Total Reclaim, which had exported flat-panel displays and lied about doing so, and after ECS Refining filed for bankruptcy and closed.

The former Simon Metals Vancouver e-scrap facility has a shredding and separation system for commodities recovery. Low-grade circuit boards generated by the plant are shipped to Tacoma, where they’re further processed for export to refineries. Olsen said the refinery side of the business prepares scrap materials for seven of the major refineries around the world.

After the acquisition, new investments in the electronics recycling business are in the works, Olsen said, but it’s too early to discuss them publicly.

“[Metro Metals is] constantly making investments in their two mega shredders in Vancouver and Denver,” Olsen said. “So it’s fair to assume updates to their smaller e-waste shredding program will happen, as that technology is pretty dated.”

Metro Metals sees logistical advantages to the acquisition. In the Oct. 1 press release, Victor Winkler, president and CEO of Metro Metals, said his company currently runs 12 trucks a day between Seattle and Portland. The addition of the Simon Metals Tacoma yard, which is between Seattle and Portland and has excellent rail access, will allow for a reduction of truck trips, he said.

Olsen said the acquisition also introduces the electronics recycling division to customers with whom Metro Metals has had long-standing relationships.

“With the loyalty of their existing clients, Metro Metals expects growth for sure,” he said, “especially now that they are able to handle electronic waste and building of refinery-ready packages.”