European e-scrap collection on the rise 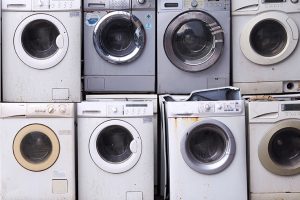 The recycling rate for electronics and electrical appliances increased in the European Union in 2016, new figures show.

The European Commission’s Eurostat service published updated recycling rate figures for a variety of material streams this month. Waste electrical and electronic equipment, a category that includes e-scrap and appliances, grew from 35.6 percent in 2015 to 41.2 percent in 2016.

The 2016 figure is a new high and it follows steady growth since 2010, the first year figures for the entire EU are available. In 2010, the recycling rate was 27.8 percent.