In My Opinion: UNU study correct on illegal e-scrap shipments

In his recent opinion piece titled “Nigeria report (almost) gets it right“, Mr. Robin Ingenthron has much to say about the recent United Nations University (UNU) report regarding significant volumes of electronic waste flowing from European ports to Nigeria locked inside used automobiles.

Basel Action Network (BAN) is appreciative of this work by UNU as it adds greatly to an understanding of e-waste smuggling in Europe and it is a real study – that is, it actually makes real observations of real wastes, on the ground, on the ships and in the ports, rather than merely academic exercises using corporate surveys or extrapolating from loose assumptions about e-waste trade by looking at trade data of surrogate materials. 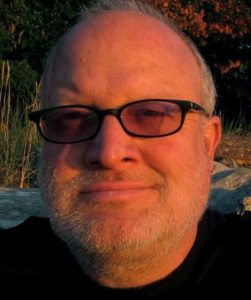 Mr. Ingenthron is entitled to his opinions about the UNU study and his odd belief that pictures of impoverished children working in toxic jobs are some form of pornography. The comparison, in my view, cannot be further off the mark. But setting all of the opinions aside, BAN finds it remarkable and worrying that Mr. Ingenthron believes he is competent to tell the United Nations University that they are misreading the Basel Convention and that somehow the waste flows described in their report are legal.

I have personally been to every meeting of the Conference of the Parties to the Basel Convention since its adoption in 1989. I have attended every single Legal Working Group since that time and every Open-Ended Working Group meeting as well. I was an active participant of, and never missed, a meeting of the Mobile Phone Partnership Initiative (MPPI) and the Partnership for Action on Computing Equipment (PACE).

I mention the above to demonstrate that Mr. Ingenthron is not an authority on the Basel Convention despite his assuming that mantle in his opinion piece. Unfortunately, he has his facts and understanding of waste trade law terribly wrong, and in so doing has impugned the good work of the UNU, while perpetuating dangerous misinformation.

Looking at the specific language

Facts are important, truth is important, especially in matters of the rule of law, so I am compelled to write. Below are the realities of the Basel Convention and what it says about e-scrap exports:

In conclusion, the Basel Convention and the Ban Amendment cover exports of used electronics containing hazardous substances, unless they are tested and shown to be fully functional. And in the case of this particular UNU case study, many other laws do as well. These are national, regional and global law and norms, and the UNU is correct in so stating.

Jim Puckett is the executive director of the Basel Action Network and can be contacted at [email protected].