In My Opinion: Nigeria report (almost) gets it right 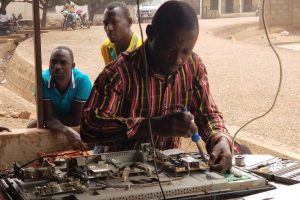 You’d be forgiven if you were misled by the headline of the press release announcing the most recent report from United Nations University and its partners on international e-scrap flows.

The title of the news release for the “Person in the Port Project” analysis is this: “Thousands of tonnes of e-waste is shipped illegally to Nigeria inside used vehicles.” That certainly makes it sound like there’s a major problem afoot in that corner of Africa.

But readers who absorb the whole report will come away with a very different interpretation. The research tells us that just 25 percent of the used electronics imported into Nigeria are in need of repair and that Nigeria’s tech workers are the best on the planet at fixing them.

So what’s going on here? Why do we have a detailed report painting a picture of a market where things, in general, seem positive, and a headline that is so glaringly negative?

A better representation of realities in Africa

Let’s first focus on seven things the “Person in the Port” report gets right.

In almost every respect, this report conveys a fairer image of Africa’s tech sector.

But for all the excellent data the report provides, it also perpetuates a dangerous myth.

In the middle of the press release detailing the study is the following line: “Under the provisions of the Basel Convention, the export to and import of nonfunctional [untested electric and electronic equipment] into Nigeria are illegal.”

In reality, the Basel Convention (in Annex IX, B1110) explicitly says that used electronics exported for the purpose of repair are legal commodities, not waste. It defines as legal “[e]lectrical and electronic assemblies (including printed circuit boards, electronic components and wires) destined for direct reuse.”

It’s unfortunate that this one flaw in the report was used to impugn legal activity – and that this aspect was highlighted above all else in the press release headline.

Maybe we shouldn’t be surprised. In the “charitable industrial complex” (a phrase coined by Warren Buffett’s son, Peter), researchers and organizations need some sizzle to draw more support from funders and others. You can’t ask for money for enlightening research without a dark place in which to put it.

African members of Fair Trade Recycling have long grumbled about how pictures of kids in unsavory dumps are used to raise millions of dollars by NGOs and anti-export campaigns. But unlike UNICEF poster children, not a dime raised by the anti-export crowd goes to the pictured children or their families. The money is instead funneled to organizations based in the wealthy parts of the world.

Meanwhile, the ingenuity, social value, and wealth created by Africa’s Tech Sector are completely ignored. Africa’s geeks have, for decades, added value otherwise “lost” in repairable products. In so doing, they provided the critical mass of users without which investment in cell phone towers, internet cables, broadcast stations and more never could have been made in Africa.

Africa isn’t perfect. But for too long, some recycling companies and NGOs have been reporting allegations as crimes, and offering false statistics as facts. 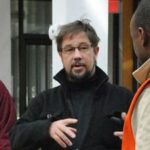 Again, this recent Nigeria report has come a long way to correct that dynamic. I just hope the groups behind it will print the real “international law” and include Annex IX, B1110, in a revised edition.

For a more nuanced and complete description of controversy in international trade, I recommend “Reassembling Rubbish“, a new book by Dr. Josh Lepawsky (MIT Press, 2018). The 28-page bibliography is all the research you need map to the truth about the secondhand market.

Robin Ingenthron is CEO of Good Point Recycling and founder of WR3A.org (dba Fair Trade Recycling). He has a degree in international relations and was a former chief regulator at the Massachusetts Department of Environmental Protection. He can be contacted at [email protected] or through his blog.