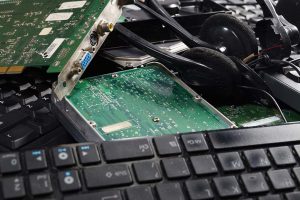 Minnesota’s state program has released data on its first full year since legislation significantly altered the program. Although manufacturer recycling obligations are up, the volume of material recycled has fallen.

The Toxics and Pollution Prevention Evaluation Report, compiled by the Minnesota Pollution Control Agency (MPCA), provides a snapshot of the state’s 11-year-old e-scrap program. It shows the impact of recent major legislative changes and offers a look at where the program is headed in the future.

The report offered a few possibilities to explain the drop. More stores, including Best Buy, began charging drop-off fees, which could have caused some residents to simply store their electronics rather than get rid of them.

Product lightweighting may have also played a role. The report suggested CRTs may have reached their peak as a portion of the end-of-life stream and are now on the decline, contributing to fewer pounds recycled.

The lightweighting trend is being seen in mature e-scrap programs. Washington state, for example, has seen decreasing collection weights since 2013, as CRTs make up smaller percentages of the stream. California, which has the nation’s oldest state program, recently changed the rates it pays processors handling non-CRT devices, because those devices are making up a bigger percentage of the end-of-life stream (see related story).

Lawmakers made some significant adjustments to the state program starting in 2016. Most notably, the manufacturer weight responsibility calculation was altered in an effort to have OEMs pay for more of the material that was collected for recycling.

“In the past the obligation was lower than the pounds recycled, creating a gap of pounds that manufacturers were not paying to recycle,” the report explains. “Manufacturers consistently purchased above and beyond their obligation, but the gap remained and this created an excess of credits for some manufacturers.”

Manufacturers can earn credits for recycling more than they are obligated to, and they can use those toward meeting a portion of their obligation in future years. Among the legislative changes is a stipulation that OEMs cannot receive new credits during the 2017-2019 program years.

To address this discrepancy between collections and OEM responsibility, for 2017 through 2019, the obligation was set in law at 25 million pounds each year, significantly higher than the 17.8 million-pound obligation in 2016. That brought the manufacturer targets closer to the actual volume collected for recycling in 2017. The new legislation also placed the onus on OEMs to pay transportation costs for the material.

After the 2019 program year, annual manufacturer obligations will be set on a formula that considers the average weight of televisions and computer monitors collected for recycling on a two-year scale.

Although the funding gap has narrowed, Minnesota still faces e-scrap challenges. The state has dealt with its share of stockpiled display devices, including those left behind by shuttered processor MPC, and these situations have required significant resources, according to the report.

“These efforts include attempts in resolving the abandonment of over 60 semi-trailers of processed and unprocessed CRTs at multiple entities, and technical assistance and monitoring of a clean-up site containing an excess of 28 semi-trailers of abandoned processed CRT glass in addition to other solid waste,” the report states. “The amount of effort expended is due to the regulated parties dissolving their business and abandoning their sites, the lack of financial assurance associated with the sites (not being legally required), and the lack of dedicated funds for electronic waste abandonment.”

On a wider level, the state program is pondering how e-plastics, a particularly challenging portion of the electronics stream, should be handled. The report dedicates a section describing a number of considerations in determining how the materials should be treated at end-of-life. Many e-plastic materials contain chemicals such as brominated flame retardants, and their downstream outlets are limited.

“Answering the questions about when a product is too toxic to be recycled and about how to drive better product design will require additional research and stakeholder input,” the report notes.

Finally, MPCA touched on solar panels, which are a growing portion of the waste stream. The state has ambitious solar power targets, and MPCA has already received some inquiries as to how the materials will be handled at end of life. The report notes that Washington is the only state with a legislated solar panel takeback program. In Minnesota, some manufacturers take back their solar panels for recycling, but there are no uniform policies regarding the practice.

“This is a case where Minnesota can anticipate with great certainty a future waste stream that will need special management,” the report notes. “It is important to begin planning for this now.” 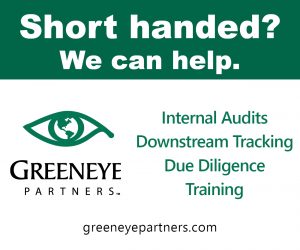