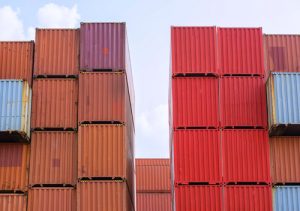 Chinese authorities say the country will prohibit some grades of recovered plastic and other materials from being imported by the end of 2017. Although the announcement doesn’t list e-scrap materials specifically, one trade group anticipates more materials will be restricted in the future.

In a July 18 filing with the World Trade Organization (WTO), China’s Ministry of Environmental Protection said recycled PET, PE, PVC and PS, along with recovered mixed paper, textiles and vanadium slag, would be banned from import into the country later this year.

The ban appears to be separate from the ongoing National Sword enforcement campaign, which has cracked down on smuggling operations and importers using illegal permits to ship scrap materials into the country. From the start, National Sword has included e-scrap among its targets. The campaign has led to a slowdown in shipments of e-plastics from U.S. companies to Chinese processors.

The Institute of Scrap Recycling Industries (ISRI) quickly condemned the ban, stating it would have a “devastating impact” on recycling on a global scale and in the U.S.

Robin Wiener, ISRI’s president, noted the trade group “has heard that China is considering additional notifications in the future on other scrap materials.” It’s unclear which materials could join the ban list, but in a recent press conference call ISRI reported rumors of mixed metals and non-ferrous metals being restricted from import in the future.

The WTO filing confirms rumors that have spread through the recycling industry since a Chinese reform committee in April advised the government to reduce the volume of recovered material imports. That single announcement led to fears the country would completely ban imports of some recyclables. China is the top downstream destination for recovered materials from the U.S. and other countries, and its potential disappearance as a destination for low-grade recyclables had industry insiders nervous.

Last month, Steve Wong of the China Scrap Plastics Association told E-Scrap News that China wants to halt all scrap imports that could pose a threat to the environment.

“China will not satisfy the needs of the e-scrap industry at the expense of putting their 1.3 billion population at risk,” Wong said.