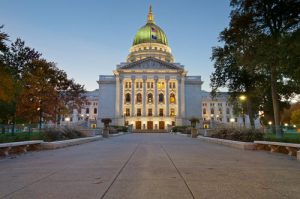 A bill limiting exports of scrap electronics has been reintroduced in Congress, after it failed to advance in 2016.

A lawmaker reintroduced the Secure E-Waste Export and Recycling Act (SEERA), HR 917. The bill is supported by a group called the Coalition for American Electronics Recycling (CAER), which says the legislation will “restrict exports of untested, non-working electronic scrap that provides essential feedstock for counterfeiters.”

The same legislation was introduced in June 2016 but failed to advance out of a House of Representatives committee. Both the previous and current SEERA bills were introduced by Rep. Paul Cook, a Republican from California with sponsorship from Rep. Gene Green, a Texas Democrat.

“China regularly counterfeits electronics and puts these dangerous products, including critical military equipment, back into the market,” Cook said in a CAER press release. “These electronic components threaten the reliability and safety of a wide range of technology. SEERA will ensure we’re not exporting electronic scrap materials that come back to us as counterfeit parts and undermine the reliability of technology essential to our national security.”

The bill dives into the hot-button issue of e-scrap exports, and not everybody supports its approach.

Billy Johnson, director of political and public affairs for the Institute of Scrap Recycling Industries (ISRI), wrote in an op-ed for E-Scrap News last year that the bill aims to fix a problem that’s already been addressed by lawmakers.

It also ignores the fact that the main source of counterfeit parts produced in China is electronic scrap that is generated in China, he wrote.