How Maine is involving stakeholders in EPR rollout 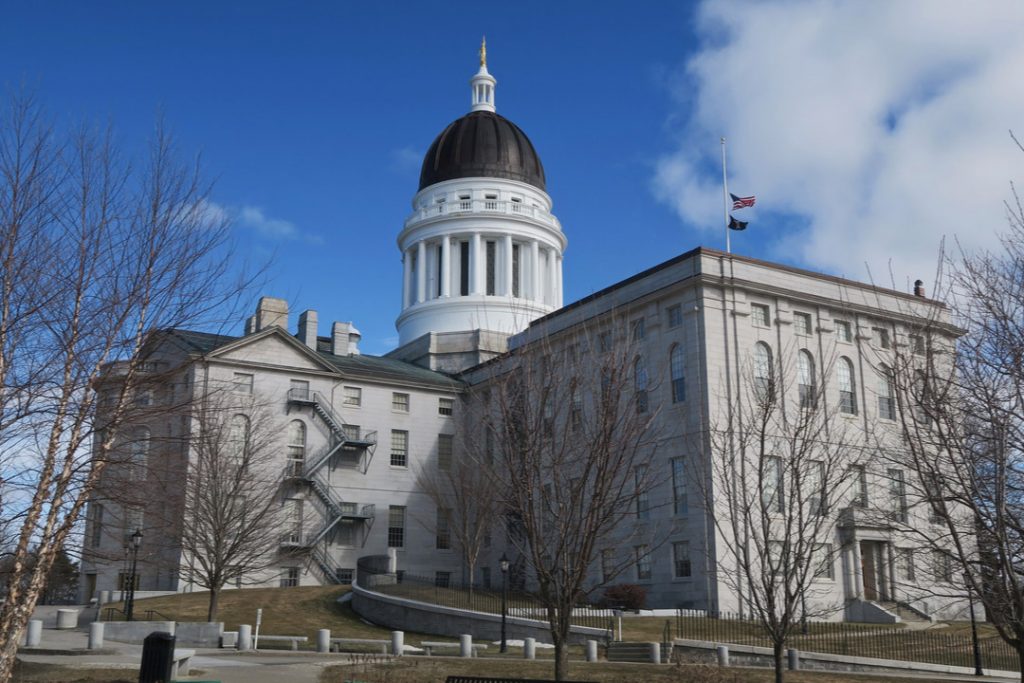 Maine’s EPR draft rules will go to the Board of Environmental Protection to begin the formal rulemaking process in December 2023. | Yurii Prohonnyi/Shutterstock

Maine’s governor signed an extended producer responsibility law for packaging in 2021, and the state is now seeking stakeholder feedback to guide the rulemaking process.

Brian Beneski heads up the packaging EPR implementation team. He’s the supervisor of recycling programs in the Division of Materials Management at the Bureau of Remediation and Waste Management within the state’s Department of Environmental Protection.

Beneski told Resource Recycling that this year is more of an informal rulemaking process, intended to gather feedback and suggestions from stakeholders before he and team members Jessica Nadeau and Elena Bertocci, both environmental specialists for Maine DEP, draft the rules to submit for the formal process.

The draft rules will go to the Board of Environmental Protection to begin the formal rulemaking process in December 2023.

The goal of the informal commenting is to streamline implementation down the line. “When we actually submit the rules for the formal rulemaking process, we should be there without a lot of issues,” Beneski said.

Nadeau added that there will be a minimum of two meetings per topic, with five topics outlined: exemptions; municipal reimbursements; recyclability, auditing and program performance;  education and investment; and payments and reporting. The first meeting will serve as a general comment period for attendees who signed up, and the second meeting will consist of a discussion of the comments and concerns laid out in the first meeting.

There’s also the opportunity to have focus meetings on specific subtopics if it seems like a particular issue needs more attention, Nadeau noted.

“We’ve tentatively scheduled at least one focus meeting for every topic,” she said.

Participation is high so far, Nadeau added, with around 350 people on the stakeholder email list and 150 people signed up for the first meeting on exemptions, which was held Dec. 8, 2022. Of those 150, about 20 commented.

After the meetings, all comments will be posted on the department’s website for easy access. To be added to the stakeholder email list, email [email protected]

Bertocci said that so far, the team has “benefited from a lot of interest and people who have a lot of experience” sharing ideas and tips.

“There’s a lot of looking at pieces from a lot of different laws,” she said. “We’ve been fortunate to have a lot of people give us their thoughts on things, what is working well.”

Maine was the first state in the U.S. to pass EPR for packaging. There are now three more states with such laws: California, Colorado and Oregon.

Under Maine’s program, producers of packaging will pay into a fund. The amount each producer pays will be based on the volume and the recyclability of packaging they create. The fund will be used to reimburse municipalities for eligible recycling and waste management costs, as well as to make investments in recycling infrastructure and recycling education.

The law also aims to reduce the volume and toxicity of plastic packaging and increase recycling rates using eco-modulated fees, so packaging materials that are more toxic or harder to recycle will require higher payments.

A stewardship organization, selected via a competitive bidding process, will run the day-to-day aspects of the program while the state retains oversight.

Under the law, producers can also choose to establish an alternative program to collect and manage one type or multiple types of packing material, with state approval.

There are some exemptions in the law, as well. Producers that send less than 15 tons of packaging into Maine annually will have the option of paying a flat fee of no more than $500 per ton of packaging material.

Fully exempt are producers with less than $2 million in gross annual revenue, that sell less than 1 ton of packaging annually (or less than 15 tons if they sell perishable foods), and that receive more than 50% of total gross revenue from the sale of goods acquired through insurance salvages, closeouts, bankruptcies and liquidation.

Long-term storage or protection of a durable product, beverage containers and packaging for architectural paint are also exempt, and the state plans to review federally regulated product packaging to decide if any of it should be excluded. Maine has a separate container deposit program in place.

The law left several details to the rulemaking process, including municipal reimbursements, the process for determining producer payments, producer and municipal reporting requirements, which types of packaging are considered readily recyclable, how program performance will be assessed, audit methods and a process for reviewing proposed infrastructure and education investments.

Differences from other states

Each of the four states with EPR for packaging laws have somewhat different approaches to holding producers responsible for their waste.

Maine also uses a competitive bidding process for the stewardship organizations, whereas in other states producers can simply form one or more producer responsibility organizations.

The Product Stewardship Institute provides a comparison tool for the various programs.

Though the Maine law passed in 2021, funding for additional program positions in the Maine DEP was not released by the state until July of 2022. Beneski said Bertocci and Nadeau were both hired by Aug.1, allowing the team to get started quickly.

After informal stakeholder outreach is done and the draft rules are submitted by Dec. 31, 2023, the Board of Environmental Protection will ideally adopt the routine/technical rules and give a provisional adoption of the major substantive rules by summer 2024, though that date is anticipated and not mandated by law.

The major substantive rules are slated to be submitted to the legislature for approval in January 2025, so the final adoption by the board can come in the spring or summer of 2025. Those dates are also anticipated and not mandated.

After the rules are fully adopted, setting up the rest of the program’s framework will kick into gear. By fall 2025, the department anticipates issuing a request for proposals for a stewardship organization, which is slated to be selected by 2026. No later than 180 days after a stewardship organization is selected, the first producer payments will be due, and the first payments to municipalities will ideally come in 2027.

After that, a full program report is due to the legislature by Feb. 15, 2028, including any proposed changes. In July 2035 the state anticipates providing a chance to rebid on the stewardship organization.

If stakeholder meetings go well and the team is able to submit fleshed out, solid rules at the end of the year, that adoption timeline could move forward more quickly, Beneski said. He’s also keeping an eye on the three other states with packaging EPR, to see where the programs might be able to be aligned.

“It makes sense to harmonize ours with the three other states that have EPR too, where we can,” he said.

Bertocci noted that because many of the details are being worked out in rulemaking, not during the legislative process, it might be easier for everyone to work collaboratively.

“One of the nice things about doing this as rulemaking is it’s not a question at this point of whether we’re going to do this or not,” she said. “Its simply ‘how do we do this effectively and efficiently?'”