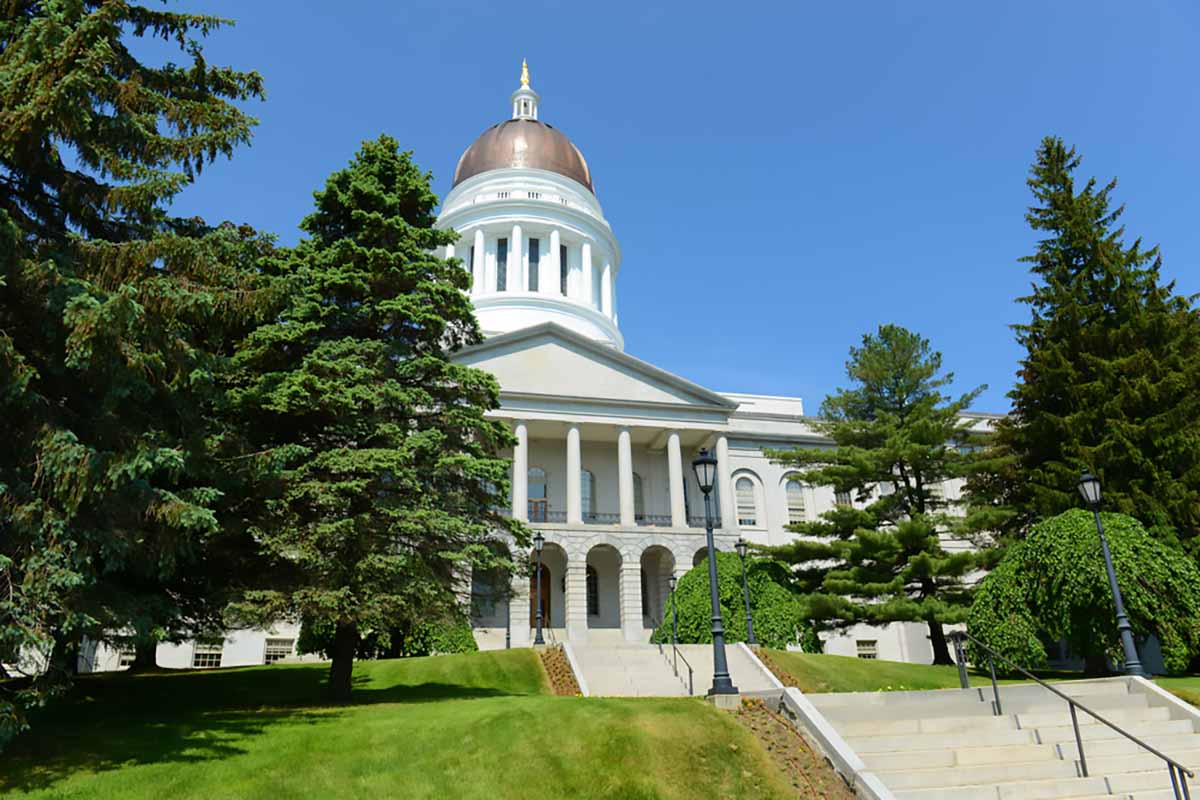 Lawmakers in Maine are considering two bills that each establish extended producer responsibility programs covering packaging of all material types, but with key differences in program management. | Wangkun Jia / Shutterstock

Two state proposals under consideration in the Northeast get at a central question of extended producer responsibility programs for packaging: Should the government or private industry have more control?

Maine lawmakers last month introduced LD 1471, billed as “an act to establish a stewardship program for packaging,” and LD 1541, “an act to support and improve municipal recycling programs and save taxpayer money.”

Both bills establish extended producer responsibility (EPR) programs covering packaging of most material types, requiring producers to fund end-of-life management for those materials. But they contain key differences, particularly in how the EPR program would be managed and how producer payments would be calculated.

Under LD 1471, a stewardship organization would annually determine its budget for managing the program and meeting regulatory requirements, and it would adopt a fee schedule for how much each producer would need to pay. Under LD 1541, on the other hand, the state Department of Environmental Protection would set the fee schedule, which would be based on the per-ton costs associated with collecting and processing the producer’s packaging material.

During the hearing, Dill said his bill is similar to EPR approaches taken by lawmakers in New York and Oregon, and he said it follows EPR principles set out by the Product Stewardship Institute and Flexible Packaging Association.

“My hope is that concepts in LD 1471 create not just a short-term funding solution but truly a long-term collaborative structure that will improve recycling for the long haul,” Dill said.

Grohoski, who introduced an EPR bill in 2020, said during the hearing that LD 1541 “creates a market mechanism to support municipal recycling programs as well as incentives for producers to make better packaging over time.”

The committee also on May 10 heard testimony on bills to modify landfill tipping fees, support the development of the chemical recycling industry, and to exclude certain food packaging from a statewide polystyrene packaging ban.

The Flexible Packaging Association (FPA), which represents manufacturers of flexible packaging made from a variety of materials, wrote that both bills “purport to establish a stewardship program to support increased collection and recycling of packaging materials.”

However, in the trade association’s view, “only LD 1471 would actually provide for that.” The organization took issue with the government role that LD 1541 would establish. That bill’s EPR program would “be run by a government contractor who will collect money from producers and disperse that money to current municipal solid waste programs, as prescribed by departmental rulemaking,” the organization wrote.

Under a “true EPR program,” however, producers would have “the ability to control how funding is used and invested to ensure the goals of the program are met or exceeded,” FPA wrote. The organization says LD 1471 would set up that type of system in which producers would propose a plan to the state government. The plan would cover improvements to infrastructure, recycling access, financial stability and more.

“Merely reimbursing municipal governments for what they are already doing today, including disposal, will not solve the packaging waste issue in the state and will not increase packaging recycling,” FPA wrote.

The American Chemistry Council (ACC) also voiced its support for LD 1471, stating that the bill’s EPR system would increase collection and sortation of all recyclables, facilitate investment in infrastructure, improve outreach and more.

Unlike some EPR proposals that restrict the chemical recycling sector, such as the national Break Free From Plastic Pollution Act, LD 1471 provides a grant fund mechanism that is open to “proposals designed to support or improve advanced recycling technology or infrastructure” in Maine, alongside traditional recycling technologies.

“This legislation appropriately recognizes the importance of advanced recycling infrastructure,” ACC wrote in its testimony.

The Natural Resources Council of Maine previously expressed support for LD 1541, as did Sierra Club Maine and the Surfrider Foundation.

Cheryl Robertson, a town councilor in Orono, Maine, wrote in support of LD 1541, explaining that it promotes a “shared responsibility between producers and consumers for recycled waste.”

She wrote that, from a municipal perspective, “revenue is critical,” and that recycling market fluctuations have led some Maine municipalities to discontinue recycling service.

“We recognize that a producer stewardship program will not ameliorate the high cost of waste management, but it will increase a revenue stream that will help offset recycling costs,” Robertson wrote.

Additionally, Robertson described LD 1471 as a “much less robust and comprehensive bill” to address recycling improvements.

Lynn Gilbert, a Maine resident who has been involved in litter pickup projects, wrote to voice support for LD 1541 and opposition to LD 1471.

“Even if every town does its very best to recycle, producers are still going to continue producing non-recyclable packaging,” Gilbert wrote. “For this reason, it is important that the financial impact on manufacturers should be significant; otherwise they will not be convinced to actually change their packaging to something more sustainable. It’s important not only that legislation will transfer the cost of landfilling trash from taxpayers to the manufacturers, but that the volume of the trash will be reduced.”

Gilbert wrote that it is “critical that the legislature passes LD 1541,” adding that “LD 1471 is a much weaker bill, and will not suffice to accomplish these goals.”

A version of this story appeared in Resource Recycling on May 11.