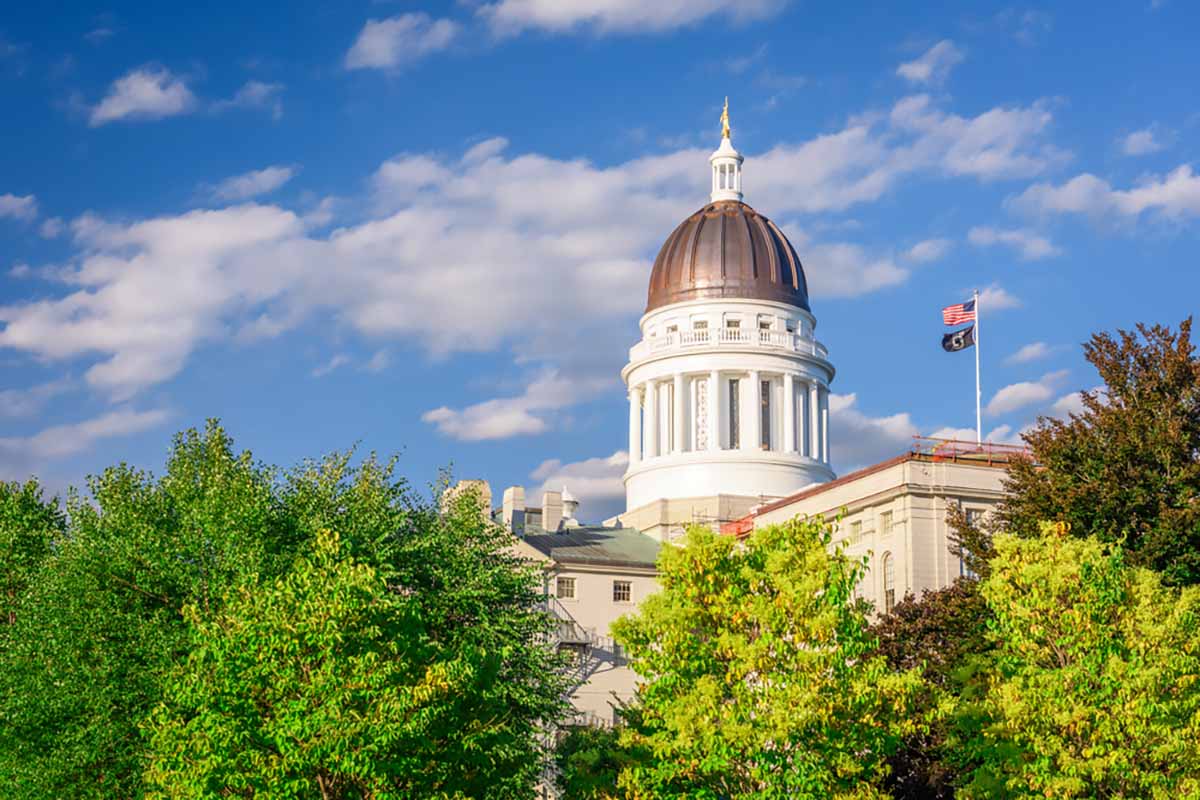 Legislation creating an extended producer responsibility program for packaging has cleared both the Maine House of Representatives and Senate. It’s the first such bill in the U.S. to make it that far in the legislative process, and it now goes to the state’s governor for a signature.

Legislative Document 1541 establishes EPR for certain packaging products, spanning virtually all material types. The bill excludes some packaging applications, including beverage containers (Maine has a container deposit program), long-term storage materials, paint containers and other assorted materials. But the bulk of consumer product packaging is covered under the bill.

The bill contains exemptions for small businesses, such as small-volume packaging producers.

House lawmakers on June 16 approved the bill, with amendments, by an 86-57 vote. The following day, Senate lawmakers voted 22-12 to pass the bill..

The Maine bill marks the first packaging EPR bill to clear both chambers of a state legislature in the U.S.

The bill has now been “placed on the special appropriations table,” part of the budgeting process. Once it clears that step, the bill goes to Gov. Janet Mills for a possible signature. The Bangor Daily News previously reported that Mills has supported components of the EPR legislation but has “indicated concerns about how the bill handles disposal costs.”

Sponsors and opponents weigh in

Rep. Nicole Grohoski, a Democrat and the House sponsor of the bill, thanked fellow lawmakers for supporting the bill. She framed it as a positive for the environment and taxpayers.

“Our current recycling system isn’t fair and it isn’t working,” she wrote following the vote. “Maine taxpayers are paying an estimated $16 million annually to manage packaging materials and, at best, only 36% of these materials are being recycled.”

Grohoski added that, “as we’ve seen in Canada and Europe, creating an EPR for packaging program would improve municipal recycling at no extra cost to consumers.”

Prior to the June 17 Senate vote, lawmakers made arguments for and against the EPR system. Sen. Rick Bennett, a Republican and the Senate lead co-sponsor of the bill, said on the Senate floor that an EPR program is needed in part because disposal volumes are on the rise.

“Part of this is the ever-growing volume of packaging waste connected with online retail, much of which is not readily recyclable,” he said.

Local programs are at the receiving end of packaging waste and have no control over it, Bennett said. Towns don’t control the type or volume of packaging used by manufacturers, but towns have to pay disposal costs for all packaging that enters the waste stream, he said.

EPR, he added, is “fair for Maine people and it’s the right thing to do for Maine municipalities.”

“We probably should have put this policy in place years ago, but we have not,” he said.

This summer’s virtual Resource Recycling Conference will feature a panel discussion focused on why brand owners and municipalities are both starting to publicly endorse product stewardship for packaging. Featuring leaders from Unilever, the American Beverage Association, the city of New York and the city of Seattle, the conversation will take place Thursday, Aug. 5 at 11:30 a.m. Eastern. See the full conference agenda and register today at rrconference.com.

Opponents of the bill raised concerns over its potential impact on businesses. They cited a report, shared by various Maine retail and grocery industry groups, that floated a potential cost increase for consumer goods of up to $134 million per year in the state. Supporters responded with questions over the methodology of that study. They shared a separate study, completed by Resource Recycling Systems (RRS) as part of the Oregon EPR discussions taking place, that “did not find a clear correlation between product price and the presence of EPR” for packaging.

An amendment that was initially approved, then reconsidered and ultimately rejected, would have modified the bill to require state regulators to adopt “major substantive” rules governing the EPR program, rather than “routine technical” rules. According to the Maine legislature website, this change would require regulators to seek legislative approval of the rules, adding another lawmaker review of the program. Routine technical rules do not carry that requirement.

During the amendment deliberations, Republican Sen. Stacey Guerin told fellow lawmakers that the governor supported the amendment and that approving it could give the legislation a better chance of getting a final signature. She was advised by the Senate president that lawmakers cannot use the governor’s office as a way to influence legislation.

Sen. Stacy Brenner, a Democrat supporting the bill, described the amendment as a “last-gasp attempt” for major corporations to stall the process. But several senators who were opposed to the bill supported the amendment, noting that it would have brought further review and potentially answer some of their questions on how the bill will impact businesses.

If the bill receives a signature from the governor, the state Department of Environmental Protection will still have to carry out a regulatory development process.

Recycling stakeholders say that process will determine many core aspects of the program. Joe Fusco, a spokesman for hauler and MRF operator Casella Waste Systems, told Resource Recycling that Casella has taken a neutral position on the bill because of the unknowns that remain.

Casella, a major presence in Maine and the fifth-largest publicly traded hauler in the U.S., hopes to participate in that rulemaking process alongside all other stakeholders, Fusco said. In particular, the company says the process should include a needs assessment of the current state of recycling in Maine, he said, and it should bring in concerns and recommendations from producers, haulers, private citizens and others.

“That is certainly our hope there,” Fusco said. “I think that’s what will make it a successful implementation.”

Casella previously shared some of its preferences for an EPR system during a roundtable featuring haulers, local government representatives and others last December.

On the West Coast, a separate EPR legislative process is also moving forward. Oregon Senate Bill 582 moved out of a budgetary committee with a majority recommendation to pass the bill. The proposal, which creates an EPR system for packaging, now goes to the Senate for a floor vote. The bill is scheduled for a second reading in the Senate on June 22 and a third reading the following day.

The bill has generated recent attention from opponents and proponents alike. The Oregon Newspaper Publishers Association voiced opposition in a June 16 op-ed in the state’s largest newspaper, stating the bill would create financial hardship for the newspaper industry.

This week, Oregon Department of Environmental Quality (DEQ) Director Richard Whitman wrote an op-ed in support of the legislation and responded to some of the newspaper industry concerns.