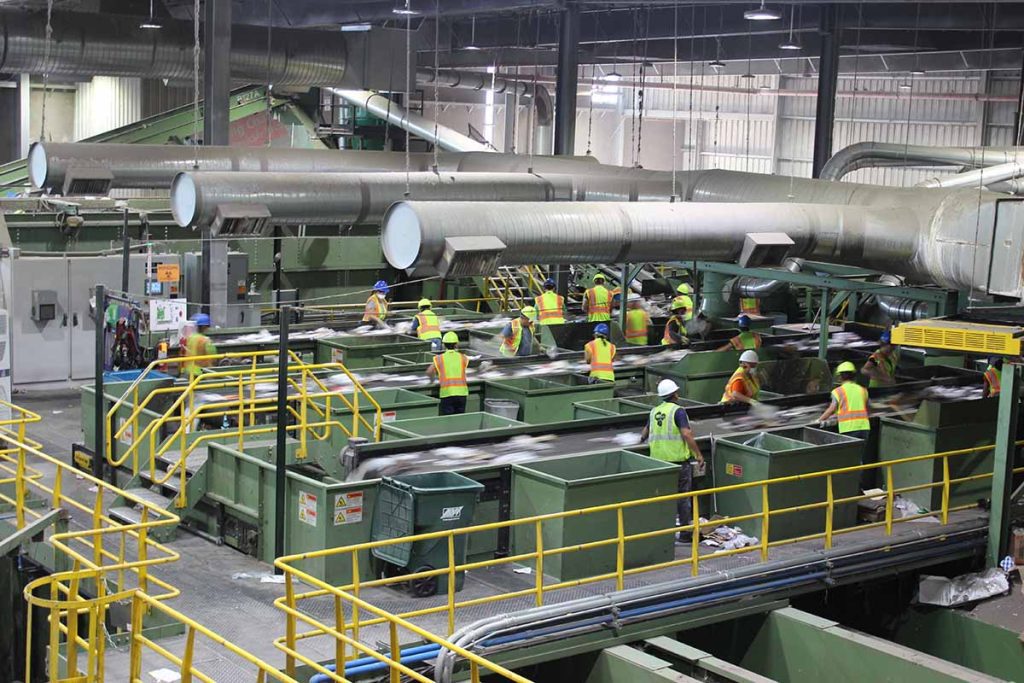 After winning a contract previously held by Republic Systems, Balcones Resources will operate Phoenix’s North Gateway MRF (pictured above and below), as well as the city’s 27th Avenue MRF, which will be rebuilt with Machinex equipment. | Courtesy of city of Phoenix

Balcones Resources’ recently signed MRF operations contract with the city of Phoenix is exactly the type of “huge step” toward growth envisioned when Closed Loop Partners bought a majority stake in the company, a Balcones executive explained.

“It is the exact strategy that we’ve been tasked with implementing,” said Joaquin Mariel, chief commercial officer at Austin, Texas-headquartered Balcones.

“Our goal is to bring our brand of recycling to as many communities in the country as possible,” he added.

The recycling-centric company recently beat out several other bidders – Republic Services, CellMark, GFL Environmental and Recology – for the five-year contract (with five extensions of one year each) to operate the city’s two MRFs. The Phoenix City Council approved signing the contract, which has an estimated value of $159 million over 10 years, on Oct. 12.

The MRFs are the North Gateway MRF, which is on North Black Canyon Highway and is an older facility that has been retrofitted, and the 27th Avenue MRF, which will be completely re-equipped by Machinex in 2023. In January, Phoenix selected Machinex to supply a 30-ton-per-hour single-stream sorting system at a cost of up to $25 million.

Balcones’ contract comes shortly after the company won a $113 million MRF operating contract with the city of San Antonio, the seventh-largest city in the country. In both cases, Balcones won contracts that were previously held by Republic Services.

Earlier this year, Closed Loop Partners bought a majority of Sims Municipal Recycling, bringing recycling facilities in the New York metropolitan area, including an advanced MRF in Brooklyn, under its ownership.

Besting the incumbent in its hometown

Republic Services is headquartered in Phoenix and is the second largest garbage and recycling company in North America.

After a panel that included representatives of Phoenix Public Works, the city of Tucson and the city of Glendale evaluated and scored the bids for the new MRF’s contract earlier this year. Balcones came out with the most points by far. Recology, a San Francisco-based, employee-owned waste management company, came in second. GFL Environmental, a fast-growing, Toronto-headquartered waste management company, came in third. Republic came in fourth, and CellMark, a MRF operator and global recyclables trading company, came in right behind Republic.

Mariel said Balcones was interested in the contract for several reasons. Phoenix is the fifth most populous city in the U.S., with 1.6 million people. He noted it’s not often that a contract that large opens up for bids. Based in Austin, Balcones also has facilities in Dallas; Little Rock, Ark.; Taylor, Texas, which is near Austin; and Sarasota, Fla., so Phoenix is in the same general region already served by the company.

Additionally, the city has “an incredible reputation” for its commitment to the circular economy and its zero waste plan, Mariel said, making Balcones feel like the city would be a natural partner. The city is working toward producing zero waste by 2050.

“It made sense from a lot of different perspectives,” he said.

Mariel said he didn’t want to comment on Republic, the prior contract holder, and he didn’t want to speak for city officials about why Balcones was chosen, but he noted the fact that Balcones is a recycling-only company and doesn’t own landfills or haul garbage sets it apart.

“When a business or municipality endeavors to select a contractor to do the very best job possible in recycling, we present a value add in that way,” he said.

He also pointed to the company’s close partnerships with private and municipal customers, including the city of Austin, and the recommendations they provide. A Balcones press release noted that State of Texas Alliance for Recycling (STAR) has given the company an “Outstanding Recycling Partnership” award multiple times.

“We believe if any of their peers were to ask them about the quality of the partnership that we have with them, they would have high praise for us,” Mariel said in the interview. 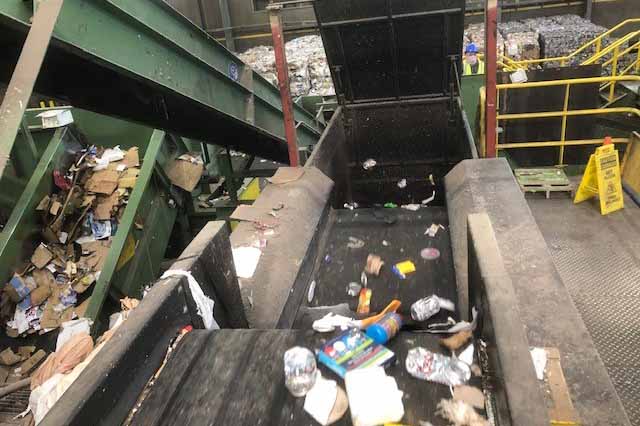 The Gateway MRF first opened in 2006 but was upgraded in December 2019. The existing 27th Avenue MRF was shut down in January 2021 because its equipment had reached the end of its useful life and was no longer effectively capturing commodities, according to city council documents.

As part of the 15-year San Antonio contract, Balcones is building a 200,000-square-foot, $47 million MRF, which is set to open in 2024 and will be equipped by CP Group, which has supplied equipment for other Balcones’ MRFs. Balcones also has experience operating equipment provided by Bulk Handling Systems (BHS) and Sherbrooke OEM.

But the 27th Avenue MRF will be the first facility Balcones has operated with Machinex equipment, said Mariel, who added that members of Balcones’ leadership are familiar with the company’s technology.

“It’s the latest and greatest of what Machinex offers in its new designs and new systems,” Mariel said of the upcoming 27th Avenue facility.

The North Gateway and 27th Avenue MRFs combined are expected to receive at least 130,000 tons of material each year, according to the Balcones press release.

The release noted that the contract “prioritizes creating local loops and keeping recycled materials within the local economy whenever possible” and that Balcones “has already identified multiple local end markets as potential outlets for Phoenix’s recyclable material.”

In an interview, Mariel said he couldn’t share details about the company’s end-market plans at this time, but he noted Phoenix has a commitment to local end markets and Balcones intends to work with the city to identify and, if necessary, develop local markets whenever possible.

“It is something that’s important to us, keeping these materials as close to the MRF as possible,” he said.

Commodity markets have been erratic lately, with OCC and mixed paper prices collapsing from last year’s high and plastic taking a dive but recently stabilizing. When asked how the Phoenix contracts addresses commodity market risk, Mariel said the city will pay a processing fee to Balcones and they’ll split revenue from commodity sales.

“We tried to structure this contract in the way that we do any of our contracts, in a way that gives benefits to both parties at different times in the life of a market,” he said.

He said Balcones recognizes the recycling markets operate on long-term trends, and he noted that recycling is no longer a “nice to have,” but is rather considered an essential service that enables a circular economy and provides jobs and manufacturing benefits.