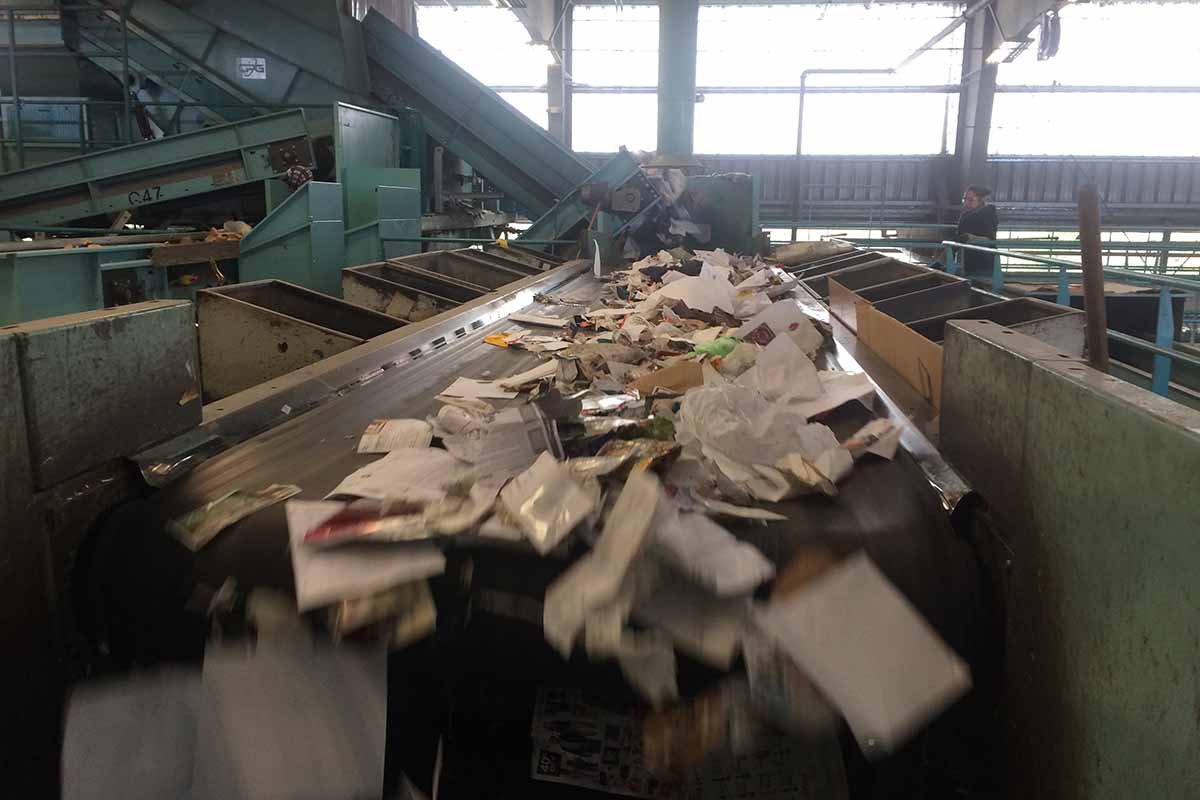 Material on the line at the Balcones Resources MRF in Austin, Texas. The company will begin processing in San Antonio in 2024. | Resource Recycling, Inc.

The seventh-largest city in the U.S. is switching recycling sortation contractors, with a unanimous vote April 7 to approve a contract with Balcones Resources. The city previously had a processing deal with Republic Services.

“The City of San Antonio has a long history of sustainability and being one of the fastest-growing municipalities in the country, they had a very clear expectation for the future of their recycling program,” Balcones President Adam Vehik said in a press release. “Our goal was to deliver a recycling campus that was without peer anywhere in the country.”

According to city agenda documents, the contract to provide the San Antonio Solid Waste Management Department with citywide recycling processing services is worth an estimated $113 million over 15 years. It includes a five-year renewal option and is slated to start Aug. 1, 2024.

Under the contract, Balcones is expected to build a new MRF in the area. According to the press release, the 200,000-square-foot, $47 million facility will include a recycling education center and a wide range of other amenities. It will leverage technology “custom-engineered to prioritize high recycling capture rates, employee safety and quality control,” the press release said. The MRF is expected to create about 70 new full-time jobs.

Arizona-headquartered Republic Services, the second-largest U.S. hauler and MRF operator, holds the current recycling contract with the city, which was approved in 2013. That deal will expire on July 31, 2024.

Breaking down the dollars

The contract estimates a $7.5 million annual payment from the city to the processor, based on the projected tonnage recycled at $92 per ton.

However, under the agreement, the city will get 75% of the revenue generated by the sale of the recyclable materials. The city estimates this will generate $108 million over the 15 years, using a projected revenue rate of $89.04 per ton, city documents indicate.

That pencils out to an estimated net total cost of $4.9 million to the city for its recycling fund over the course of the 15-year pact. The Balcones press release said all recyclable materials will be marketed in North America, prioritizing Texas-based companies.

The city started the process of choosing a new MRF service provider in mid-2021. In September, it received eight proposals for services, which were evaluated and scored based on experience, background, qualifications, proposed plan, price and status as a veteran-owned business or local business.

Of the eight, Balcones was ranked fourth with 72.83 points out of 100, but after the city held interviews with the companies and scored them again, Balcones moved up to first place with 80.50 points. It also scored a perfect 20 out of 20 possible points for price in the evaluation.

The contract also allows for annual consumer price index (CPI) increases of a maximum of 5%.

Built into the contract is that Balcones must pay for all incidentals, including the cost of disposal of contamination below 20% by weight.

According to the city documents, Balcones is considering three, unnamed locations to build a new MRF, but the final location must be agreed upon by both the company and the city.

Under the contract, Balcones has until Oct. 1, 2022, to select, approve and purchase a site.

Balcones has held a municipal recycling contract with the city of Austin since 2012. The San Antonio facility marks the company’s sixth recycling plant and the fourth in Texas.

In 2020, not long after the Closed Loop Partners investment, the company acquired a tech-heavy MRF in Sarasota, Fla.