How a robot is solving San Antonio’s organics challenges 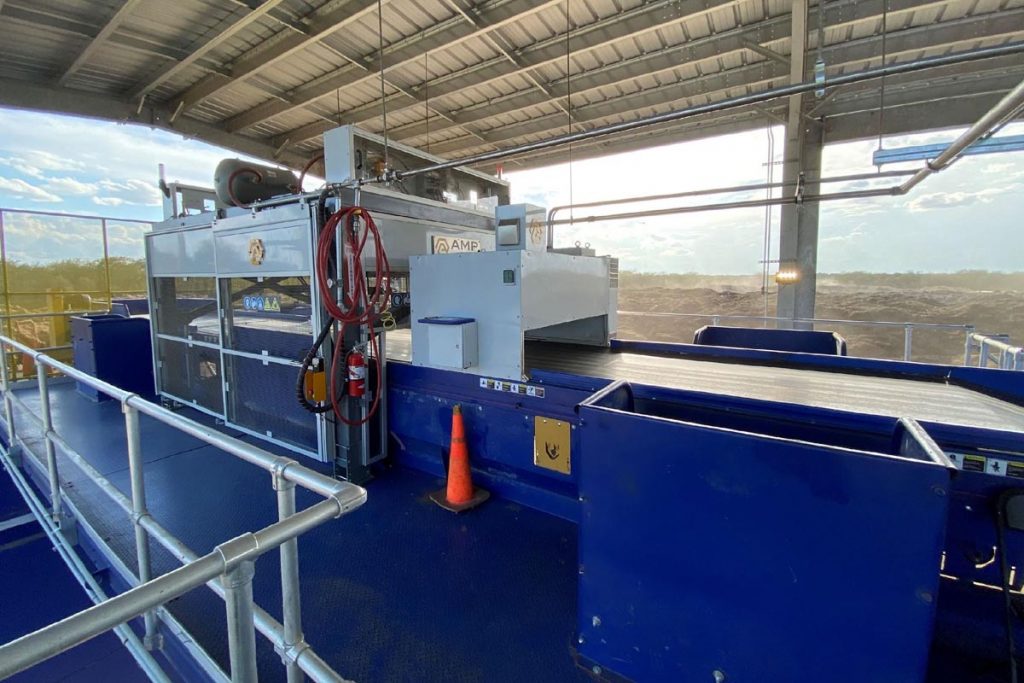 For perhaps the first time, an AI-equipped robot is removing contaminants from the organics stream headed to composting.

Composting company Atlas Organics installed the robot about a year ago when it built a composting facility in San Antonio. Leslie Rodgers, director of sales and marketing at Atlas, talked about the project during a session at the Sustainable Packaging Coalition (SPC) Impact 22 conference in San Francisco earlier this month.

Rodgers said the sorting system has allowed Atlas to provide a reliable home for the organic materials that city crews collect in green curbside carts. Atlas’ composting facility processes over 100,000 tons of organic material a year.

“The city of San Antonio was dealing with loads being denied and their trucks would have to leave,” Rodgers said. “And we have yet to refuse a single city vehicle. That was the goal of this project and this partnership and the technology for Atlas and the city.”

Based in Spartanburg, S.C., Atlas now operates eight composting facilities across Florida, North Carolina, South Carolina, Tennessee and Texas. The company at the beginning of 2021 opened the San Antonio composting facility, which sits at a city-owned brush recycling center and closed landfill complex called Nelson Gardens. It was built as part of a public-private partnership with the city, which is the seventh largest in the country.

In April 2020, city leaders awarded Atlas a lease and 10-year contract (with a couple of one-year extensions) to build the composting facility and accept all incoming city loads of organic material. The contract provided for a $1.87 million payment to Atlas for the first year of the contract, as well as $3.5 million for site and infrastructure improvements and $2 million for sorting and grinding equipment (including the robot) at Nelson Gardens.

Texas company New Earth held the previous contract, under which the city had loads rejected because of contamination, a city official told the San Antonio City Council in April 2020.

Supplied by Denver-based AMP Robotics, the robotic sorting system at Nelson Gardens is removing contaminants, including plastics and some metals, from the yard debris and food scraps stream before the material is composted.

The robot works similar to AI-powered robots at MRFs, PET recycling plants, electronics recycling facilities and other facilities. The system recognizes items on a conveyor belt based on their visual characteristics, and it uses arms with suction cups to pull the items off the belt (Atlas has one visioning system with two sorting “arms”).

In this case, the AMP system is removing non-organic material for disposal. Rodgers noted that contamination at a composting facility damages processing equipment, costs the company both time and disposal fees and devalues the compost product. The goal of the robot is to reduce contamination to less than 1%.

The artificial intelligence improves its recognition capabilities over time, and the system is “drastically” improving its pick rate very quickly, Rodgers said.

“I have been pleasantly surprised at what the robot has been able to pick up,” she said.

The robot is unique in an industry that typically uses manual sorters and trommels to remove contamination. Holt noted that Atlas’ goal with the first sort line is to improve the process and educate manufacturers on the new technology. 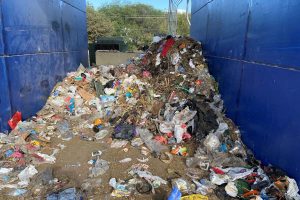 Contaminants removed from the organics stream. | Courtesy of Atlas Organics

Future robots are in the cards for Atlas. The company was recently acquired by Generate Capital, which owns and operates organic scrap processing companies in North America. The transaction brought $200 million “for expansion of Atlas composting facilities in the coming years,” according to a press release (Generate’s president of waste-to-value operations is Bill Caesar, who was CEO of WCA Waste Corporation until the company’s acquisition by GFL Environmental in October 2020. Before that, he held key leadership roles at Waste Management).

After the acquisition by General Capital, Atlas has plans to expand with new facilities and sorting lines elsewhere, Rodgers said.

According to the January 2022 Generate Capital press release, Atlas was already developing several additional composting sites and was awarded a contract to build, own and operate a facility for Salinas Valley, Calif., as part of the city’s effort to comply with the Golden State’s new regulations requiring local governments to provide composting service and purchase compost products.

“We’ve built a solid platform for growth and a partner like Generate will help open the door to new opportunities and deliver on our nationwide expansion,” Joseph McMillin, CEO of Atlas Organics, stated in the release.