Recycling markets elevate earnings for WM and others 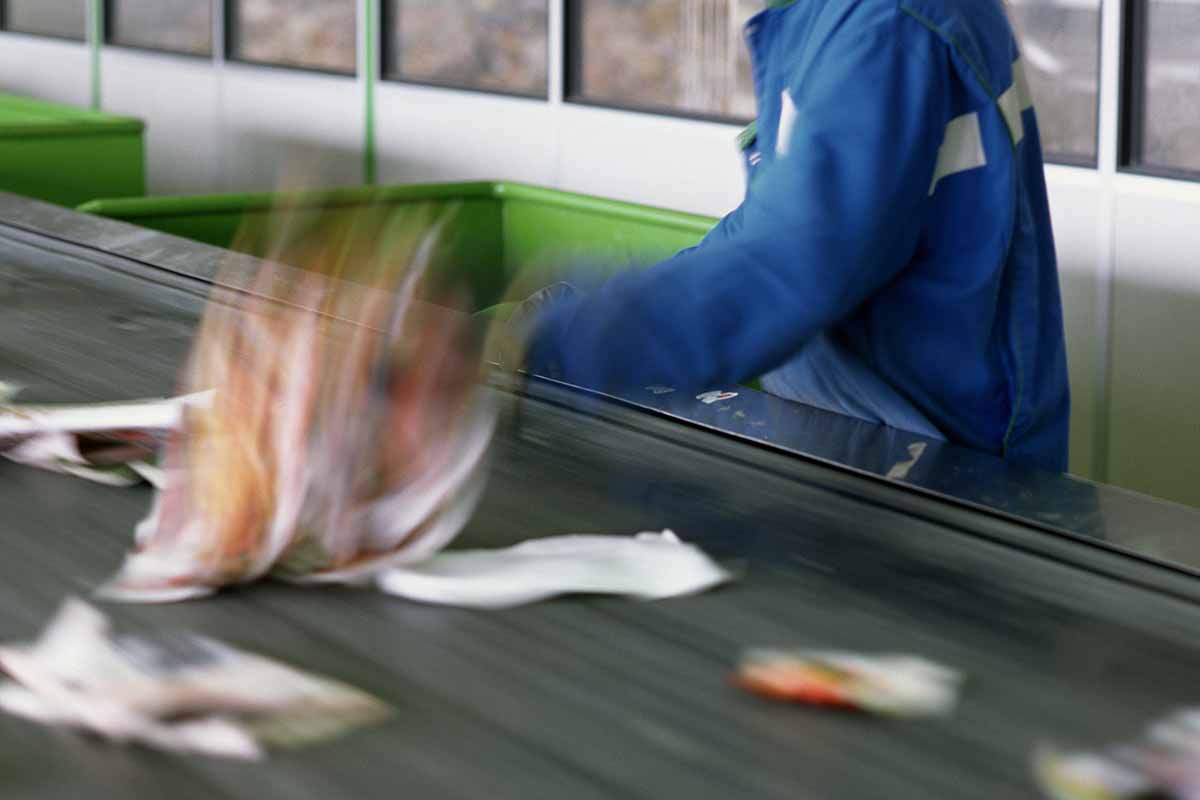 A couple of them, Waste Management (WM) and Casella, also reported big boosts in recycling profits. WM reported that its 2021 recycling earnings improved by $186 million, and Casella reported its recycling income more than doubled.

In a recent call with investors, John Morris, WM’s chief operating officer, said that, in recycling, each quarter of 2021 “earned a spot among our five most profitable quarters of all time, and we’re anticipating an equally strong year in 2022.”

Meanwhile, WM is planning to invest up to $275 million in upgrades at its MRFs this year, and Casella announced an $18 million equipment upgrade project at its Boston MRF.

The following is more details on the full-year and fourth-quarter 2021 financial results for the top five haulers.

“The improvement was driven by an increase in market prices for recycled commodities and labor savings from the Company’s investments in improved technology and equipment,” according to a press release.

WM has spent heavily on capital improvements at its MRFs, and it plans to continue spending heavily. In November, the company announced that it expected to spend $200 million in 2022 to install new technologies, and in the latest release, WM revised that capital spending estimate upward to $275 million for 2022.

To date, WM says it has substantially automated sorting at four of its 49 single-stream MRFs.

From 2023 through 2025, WM expects to invest $525 million “to accelerate our investment in technology automation in a number of our single-stream facilities and to expand our recycling footprint including in under-served markets.”

The MRF technology investments are expected to save the company $60 million to $70 million a year in labor costs, according to the release. In a Feb. 2 conference call, Jim Fish, CEO of WM, said the upgrades could eliminate 1,000 to 1,200 positions over about a four-year period.

“We’re not talking about $200,000 jobs here,” Fish said. “But the high turnover, the high attrition that we see in those jobs really, I think, is – makes this the absolute right move to move away from those, particularly in a time where we have such a hard time filling those positions.”

Meanwhile, WM says the MRF retrofits are producing a greater number of bales that are of higher quality, allowing it to generate more revenue from commodity sales.

All together, WM estimates the MRF capital investments will have a payback period of about six years. That estimate assumes a blended average commodity price of $125 a ton going forward.

WM is also investing in systems that recover gas from landfills.

“These growth investments are intended to further WM’s sustainability leadership position by increasing recycling volumes by more than 1.5 million tons and growing renewable natural gas generation by 21 million MMBtu [million metric British thermal units] by 2026,” Fish stated in a release. “These investments will deliver circular solutions for our customers and drive environmental value to the communities we serve while also providing very attractive returns to our shareholders.”

Recycling now makes up over 10% of WM’s total operating revenue. Overall, the company reported revenues of $4.68 billion and $17.93 billion during the fourth quarter and full-year 2021, up 15% and 18%, respectively.

According to the company’s annual report, the average price for recycled commodities (excluding glass and organics) was $187 per ton in 2021, up from $96 per ton in 2020.

A press release noted that the fourth quarter 2021 commodity price averaged $218 per ton, up 98% year over year.

During a Feb. 10 conference call with investors, Brian DelGhiaccio, Republic’s chief financial officer, said Republic is expecting commodity prices to average $187 per ton in 2022, a number that’s consistent with the 2021 full-year average.

Republic now owns or operates 71 recycling facilities. About 80% of the volume flowing through those facilities consists of fiber, including OCC, ONP and other mixed paper. In 2021, the company sorted and sold 2.2 million tons (excluding glass and organics) from its MRFs, and an additional 2.1 million tons were collected by Republic trucks and delivered to third parties, the annual report notes.

Recycling now makes up nearly 4% of the company’s total revenue. Overall, Republic Services tallied $11.3 billion in 2021, up 11% from the year before.

On Feb. 8, Republic signed a deal to acquire US Ecology for $2.2 billion. Based in Boise, Idaho, US Ecology provides treatment, recycling and disposal services for a range of materials, including hazardous and specialty waste.

The Canada-based company reported its recycling business brought in nearly 359 million Canadian dollars ($282 million U.S.; all dollars below are U.S., converted on Feb. 15) in revenue during 2021. That was up 36% from 2020, according to the company’s annual report.

For the fourth quarter, specifically, GFL reported recycling revenues of $74 million, up 21% year over year.

In a management discussion document, the company noted that higher commodity prices helped boost revenues within the U.S. and Canadian solid waste segments, which include garbage and recyclables collection, disposal and sales. Most of the revenue increases were attributed to the revenue impact of GFL acquiring other companies since Jan. 1, 2020, however. That was particularly the case for the U.S. segment.

As of the end of 2021, GFL owns or operates 30 MRFs in Canada and the U.S. The company’s Toronto recycling campus houses two MRFs with a total of 22 optical sorters, eight balers and three sorting robots.

The following is a look at key fourth-quarter and full-year 2021 recycling numbers from the five largest publicly traded haulers in North America:

GFL Environmental (converted to U.S. from Canadian dollars on Feb. 15)

According to the company’s annual report, revenues from sales of recovered commodities increased by $92.7 million in 2021. The increase in that line item was mostly because Waste Connections enjoyed higher prices for OCC, aluminum, plastic and other fiber, as well as higher volumes of recyclables coming from both residential and commercial customers.

During a Feb. 17 conference call with investors, Mary Anne Whiteney, Waste Connections’ chief financial officer, said prices for OCC averaged $185 per ton during the fourth quarter. The prices are currently around $160 a ton, she said.

The company’s “Resource Solutions” division, which includes recycling operations, recorded $235 million in revenue in 2021, up nearly $39 million, or 20%, from 2020. For the fourth quarter, the division brought in $64 million in revenue, up 26% year over year, according to a press release.

Unlike other large publicly traded haulers, Casella details its income and losses within its recycling business. In 2021, the Resource Solutions business reported $17.6 million in operating income, up from $7.4 million the year before, or an increase of 139%.

In 2021 Casella processed and/or marketed over 600,000 tons of recyclables. As of the end of January, the company owned and/or operated 23 recycling facilities.

In a press release, John W. Casella, the company’s chairman and CEO, said the company plans to perform a full equipment upgrade at its Boston MRF this year. Casella also plans to install sorting robots and optical sorters at other MRFs this year.

“In 2022, we will complete an $18 million equipment upgrade at our Charlestown, Massachusetts recycling facility, which is one of the largest in the country,” John Casella said during a Feb. 18 conference call with investors. “This significant investment ultimately strengthens our ability to continue to meet the sustainability needs of the Greater Boston market. This upgrade will improve throughput, operating efficiencies, the quality of our end product, while driving higher margins. It will also introduce proven technology, including several robotic machines on the line.”

In addition, Casella said the company will invest over $1 million in robots for other MRFs.

The Resource Solutions business now makes up about 26% of Casella’s total operating revenue. Overall, Casella tallied revenues of $889 million in 2021, up 15% from 2020.