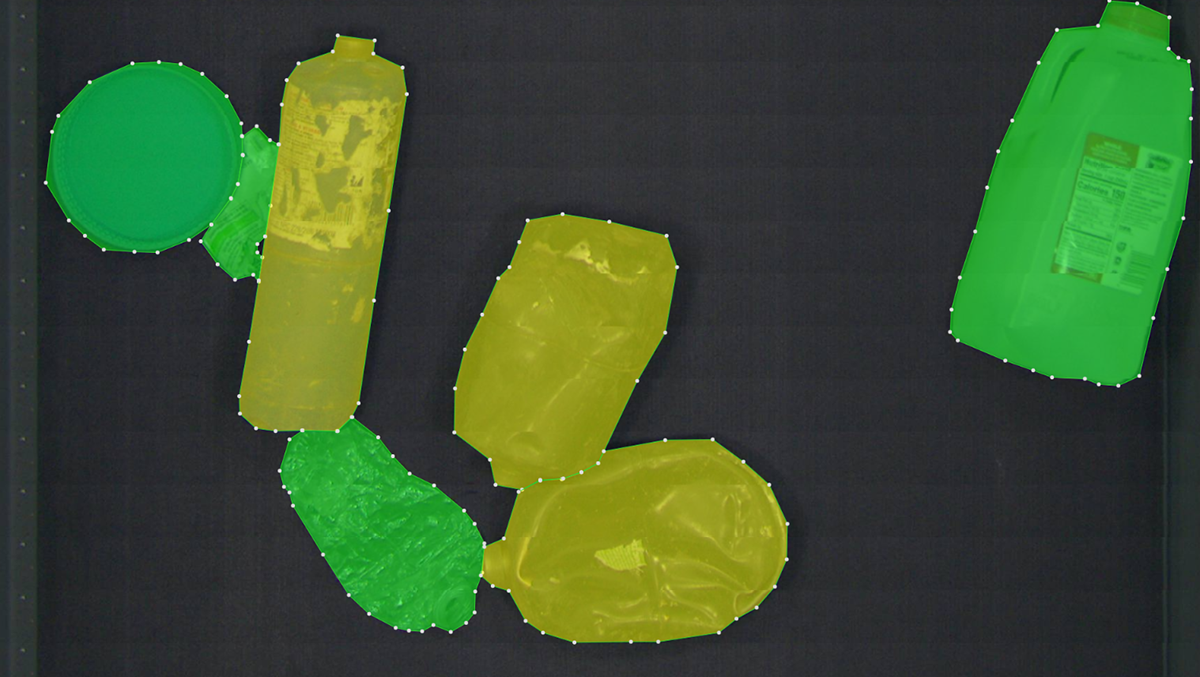 AMP Robotics is training its AI-powered visioning system to identify hazards such as fuel tanks and batteries so MRFs can safely remove them. | Courtesy of AMP Robotics

AMP Robotics is training its AI-powered camera system to identify fuel tanks and batteries on conveyor belts, so the system can alert MRF staff to the hazards.

“Health and safety risks have been a longstanding challenge for the industry, and our commitment to modernizing recycling involves mitigating these issues,” Amanda Marrs, senior director of product for AMP Robotics, stated in a press release.

The Denver-based company supplies AI-powered visioning systems and sorting robots to recycling facilities around the world, including MRFs throughout the U.S.

In an interview with Resource Recycling, Marrs explained that the company is running batches of batteries and fuel tanks in varying conditions and positions under its visioning system cameras so the software can begin to recognize them based on appearance.

The materials are being supplied by The Happy Beetle, a Denver-based, door-to-door recycling subscription service for materials not otherwise accepted in curbside containers. Marrs said AMP first reached out to The Happy Beetle in October 2021, and within a month the company provided the first batch of materials for feeding through the visioning system. AMP plans to continue evaluating hazardous items until the visioning system hits AMP Robotics’ metrics that demonstrate its recognition abilities have reached a high level, she said.

AMP plans to train its system to see a variety of hazardous items, but the company decided to start with batteries, particularly lithium-ion batteries, and fuel tanks because of the substantial fire and explosion risks they present to MRFs, Marrs said.

Starting with batteries and fuel tanks

Fires have become a regular occurrence at MRFs because of the increasing prevalence of energy-packed lithium-ion batteries in a plethora of consumer products. Curbside collection trucks, front end loaders working on tipping floors and shredding and sorting equipment can all damage those items and cause fires or explosions, injuring employees and destroying equipment or entire buildings.

Just recently, on Jan. 14, a Balcones Resources MRF near Austin, Texas experienced a significant fire caused by a damaged lithium-ion battery that was tucked in an incoming load of material. It was the second fire at one of its facilities in a week.

A U.S EPA report last year noted that battery-sparked fires occur throughout the recycling industry, but MRFs “have faced the brunt of the negative impact.” The epidemic of fires is making it hard for some MRFs to find insurance, and it’s raising insurance premiums.

Fuel tanks are another ever-present hazard. For example, a year ago, a fuel tank that was hidden under other material exploded in a shredder at a Sun Services C&D debris plant in Maryland, blowing off the sides of the building and sending workers running in fear. Surveillance cameras captured the explosion on video.

AMP sees value in detecting hazards both in the pre-sort line and further back in the system. Marrs noted that the danger goes beyond the front end of a sorting system.

“As things go through the line, there’s still an opportunity to detect these hazards and pull them out as soon as possible,” she said. AMP’s visioning system and robots are often deployed on fiber and container QC lines, as well as last-chance lines, she said.

In terms of what happens when a hazardous item is detected, that’ll be up to the MRF operator, she said. The system could trigger an audio alarm or light to alert workers. The robotic arms AMP uses, provided by Omron, could pick smaller hazards off the line but not large gas grill propane tanks, for example. And the robot would still need a place to safely drop and store the items.

Marrs said AMP anticipates that customers will initially use the hazard recognition abilities to capture data on the prevalence of hazards in their streams; after that, they’ll look at ways to remove them, she said.

After AMP has fully trained its artificial neural network to identify a wide variety of batteries and fuel tanks, the company will upload that knowledge to AMP systems deployed at recycling facilities. AMP said the release would be “in the near future.”

The company’s robotic and standalone visioning systems are deployed at recycling facilities around the world sorting MSW, plastics, electronics and C&D debris (Marrs noted that not all facilities will likely need the capabilities to recognize batteries and fuel tanks, including secondary plastics reclaimers).

In the future, AMP plans to train its system to identify other hazards to MRFs, including electronics, sharps, bio-hazards and chemicals. She noted the company has already built a foundation of data recognizing needles, which pose substantial risks to manual sorters.