Paper and plastic exports increase in the first quarter 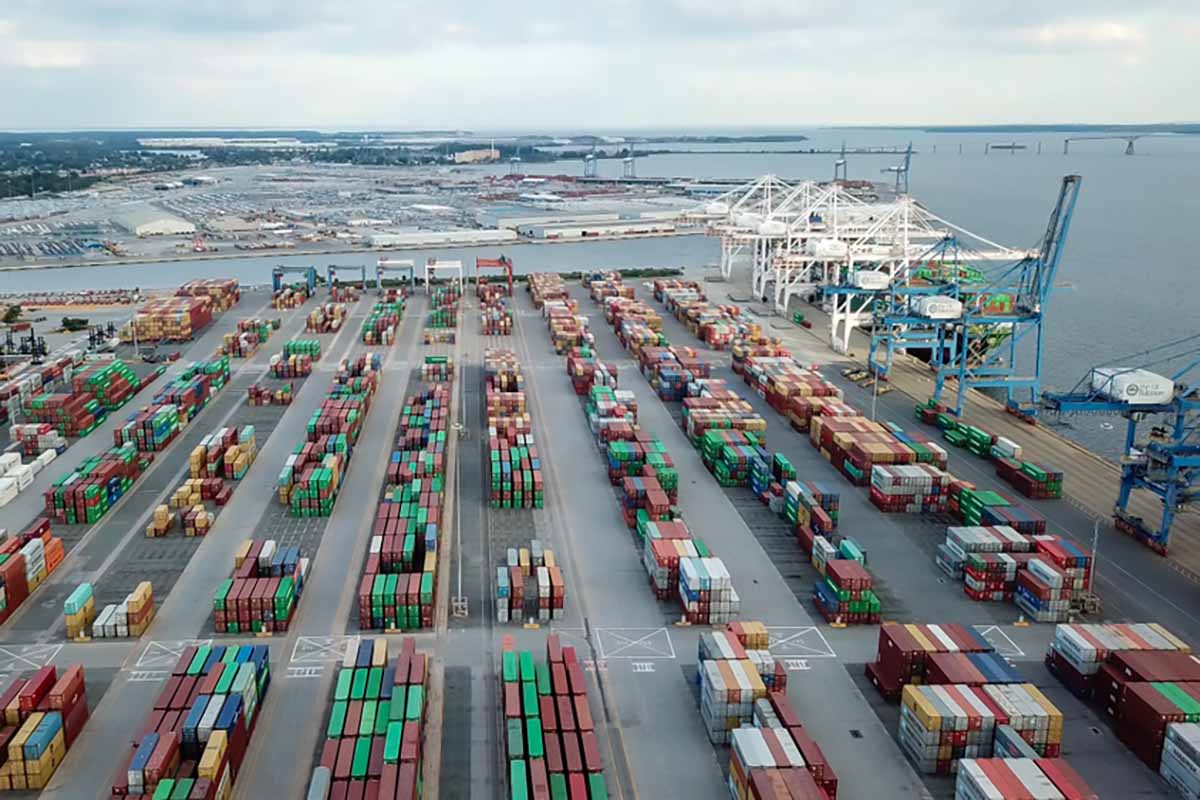 U.S. exports of scrap plastics increased in the first quarter of 2021, with Malaysia as the largest overseas destination. | WWK Photography / Shutterstock

Recovered material exports were up in the first three months of 2021 compared with the prior year. India dominated the paper export market, and Canada brought in nearly a third of all exported plastic.

The U.S. Census Bureau, part of the U.S. Department of Commerce, released March 2021 export figures this month, allowing for a first-quarter analysis.

The data represents the latest look at how the global flow of recovered commodities has shifted since China began implementing its National Sword import prohibition in 2018.

India remains the largest export market by far, bringing in well over twice as much as the next closest importer. India brought in 28% of all U.S. fiber exports in the first quarter. The country imported 1.2 million short tons of U.S. recovered fiber in the first quarter, up from 750,000 short tons a year ago. 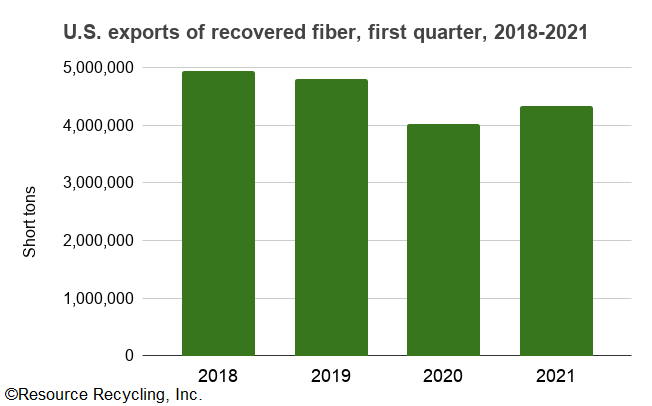 About 43% of that material stayed in North America, however, going to either Canada or Mexico. The rest went overseas. The overseas shipments are especially notable, because this is the first quarter during which new global rules covering scrap plastic shipments are in effect.

Malaysia was the largest overseas importer. Despite the country making prominent policy changes in accordance with the Basel Convention and continuing to reject many inbound containers, U.S. exports to Malaysia were consistent at roughly 22 million pounds per month during the first quarter. 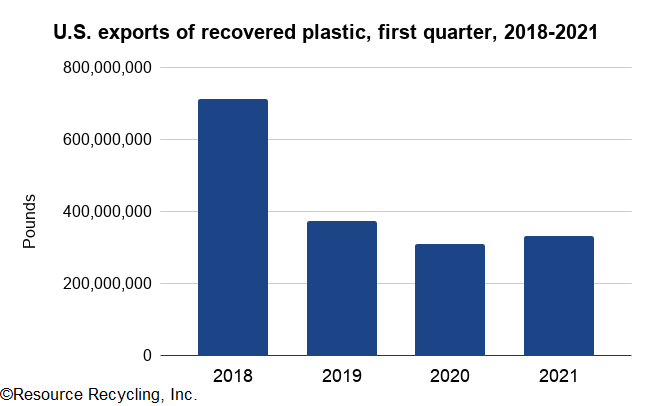