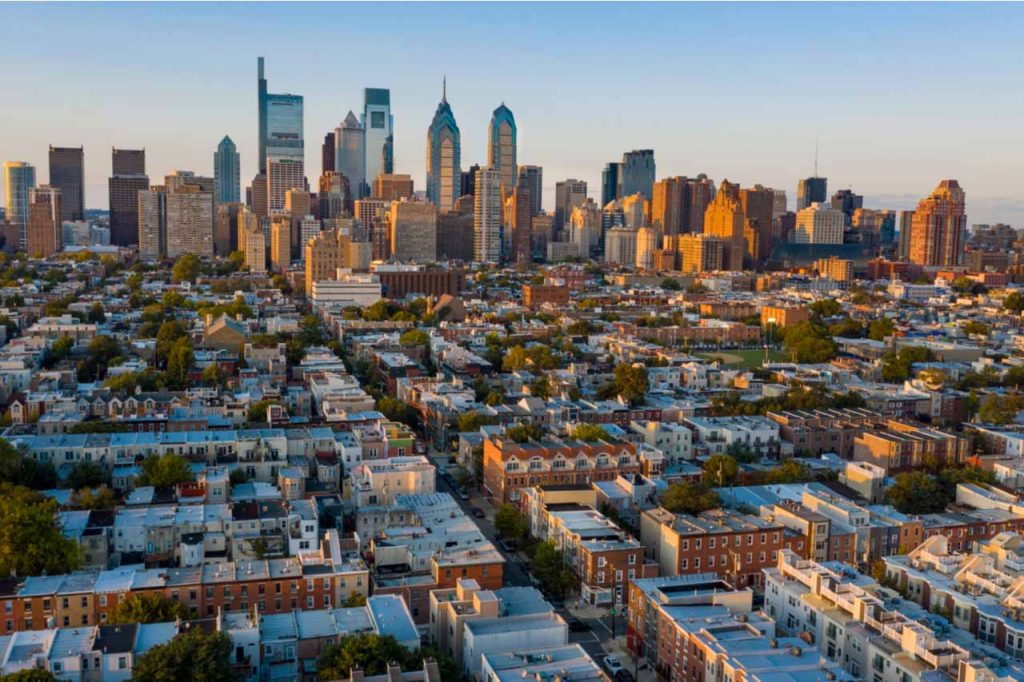 Officials in Philadelphia are prioritizing recycling as an essential service. | Real Window Creative/Shutterstock

As recently reported by Smart Cities Dive, a survey by the U.S. Conference of Mayors and the National League of Cities revealed that almost every single city leader polled indicated they’re now facing budget shortfalls.

Resource Recycling took a closer look at how three cities are addressing recycling as they make cuts: New York City and Santa Monica, Calif., both proposing cuts to recycling programs, and Philadelphia, which wants to protect recycling service alongside police and fire protection.

A bite out of recycling in the Big Apple

The executive budget makes the following cuts to New York Department of Sanitation (DSNY) recycling-related programs, organized from most money saved to least:

On the West Coast, a city that has aggressively pushed for zero waste – and notched some sky-high recycling rates in the process – is considering deep cuts to its programs.

The Los Angeles-area city of Santa Monica, Calif. is looking at cuts in its Office of Sustainability and the Environment, including eliminating zero waste policy and program development, support for compliance with bans on single-use plastic bags and takeout food containers, and more.

Featured as a Community Spotlight in Resource Recycling in 2017, Santa Monica has achieved diversion rates well over twice the national average. It has a goal of achieving 95% diversion by 2030.

But now, with the pandemic-prompted lockdowns stifling tax revenues, the city of 92,000 people is facing a $72 million shortfall in its budget through June 30; then, during the next fiscal year starting July 1, the city is anticipating a $154 million shortfall.

The Santa Monica City Council is scheduled on May 5 to consider a plan to dip into reserve funds, consolidate departments and lay off staff. Among the many impacts, the plan will mean significantly extending the timeline to achieve zero waste, water self-sufficiency and carbon neutrality, according to the city.

“The Office of Sustainability and the Environment will be smaller in size but will remain dedicated to setting current and past work on a course consistent with our value of building a sustainable future and a clean and healthy environment for the generations to come,” according to a summary of the plan.

The city of Philadelphia is looking to implement steep budget cuts, but the administration is prioritizing recycling as an essential service.

In his revised fiscal year 2021 budget and five-year plan proposal, Mayor Jim Kenney is proposing to protect recycling service alongside police, fire and emergency medical services, libraries, recreation centers, education and others. In a statement, Kenney said garbage and single-stream recycling collection will continue, with some adjustments.

In early March, Kenney presented a fiscal year 2021 budget proposal to the Philadelphia City Council. Then, the pandemic crippled the economy, resulting in a $650 million projected shortfall in that proposed budget. Kenney’s administration presented a revised document on May 1.

“We are trimming city services down to the most essential, imposing layoffs on hundreds of workers, and reducing or eliminating some programs that are simply no longer affordable,” Kenney stated. “This is not what I want for our residents – but such drastic actions are necessary as we contend with both a pandemic and an economic catastrophe.”

Also the subject of a past Community Spotlight in Resource Recycling, Philadelphia has a goal of sending nothing to disposal by 2035. City crews collect material from about 540,000 households. They collect about 12,000 tons of recyclables monthly from homes.