Groups warn that ‘recycling is not enough’ 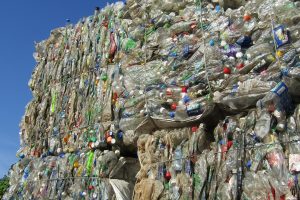 As international leaders consider action in response to plastic pollution, environmental activists are arguing that turmoil around scrap exports is exacerbating the problem.

Greenpeace and the Global Alliance for Incinerator Alternatives (GAIA) today released a report detailing environmental harm from shifts in the global recycling industry over the past two years.

The effort comes shortly before leaders of the Basel Convention, an international treaty that regulates the global flow of waste materials, begin a two-week-long gathering. Among the topics discussed at the Basel meeting will be a Norwegian proposal to increase restrictions on scrap plastic exports.

GAIA and Greenpeace make a case that “recycling is not enough,” and the organizations express support for the Norwegian proposal. For countries that are party to the Basel Convention, the proposal would require shipments of scrap plastic to have prior notification and consent from regulators in both the exporting and importing countries. “We believe the proposed changes will lead to less marine plastic litter, increased traceability, more control and less illegal dumping of plastic waste,” the Norwegian Ministry of Climate and Environment has noted.

The U.S., however, has not ratified the Basel Convention, and some experts have stated the new proposal could shut off all exports from the U.S. to countries that are party to the Convention.

The report from GAIA and Greenpeace also calls for more scrap plastic import restrictions by individual countries, in line with the initiatives adopted by several Southeast Asian nations over the past year. Additionally, the groups promote packaging redesign, source reduction and extended producer responsibility, and they call for end-of-life material to be processed in the country where it was generated.

Greenpeace analyzed data from the top 21 importers and exporters of scrap plastic and charted how trading trends have shifted. The research indicated a trend, also charted by Resource Recycling, since China enacted stringent import restrictions: When one country enacts restrictions, exports spike to another country, leading that country to clamp down.

Many of the Southeast Asian countries that have seen plastic imports increase dramatically are the same countries that have been identified as top contributors to the ocean plastics problem, due to the fact they have major population centers along coastlines and lack sufficient waste management infrastructure.

“Once one country regulates plastic waste imports, it floods into the next un-regulated destination,” said Kate Lin, a senior campaigner with Greenpeace East Asia, in a press release. “When that country regulates, the exports move to the next one. It’s a predatory system, but it’s also increasingly inefficient. Each new iteration shows more and more plastic going off grid – where we can’t see what’s done with it – and that’s unacceptable.”

The report includes numerous accounts from individuals living in Malaysia, Thailand and Indonesia, describing environmental damage associated with the increase in plastic imports. The accounts also chart the actions of illegal plastics recycling companies and describe the difficulty governments face in shutting down these operations.

“The Malaysian government, after taking a stance of restricting plastic waste imports, is shouldering the burden of enforcement,” the organizations wrote. “They receive no tax revenue from the illegal plastic recycling operators but are the ones left with the cost of the clean-up, enforcement and monitoring instead of the industries and countries most responsible for the problem in the first place.”