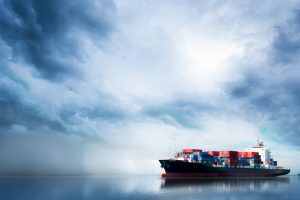 Recyclables exported out of the U.S. are moving to Southeast Asia, where reclaimers and mills are dramatically increasing purchases as China closes its doors to recovered materials. New figures illustrate that shift.

Figures on the shifting market come as China continues to take steps barring scrap from entering its borders. The first round of 2018 import permits shows a stunning drop in plastic tonnages and companies approved for import compared with a year earlier. Also, Chinese officials last week finalized a 0.5 percent contamination limit for recovered plastic and paper imports.

In the past, China has been responsible for 55 percent of global recovered fiber imports and 51 percent of scrap plastic imports, according to data from ISRI. But with the country’s much-discussed imports ban, reduced import permits and upcoming contamination crackdown, that has changed dramatically.

Despite their growth, the market alternatives have “far from enough” capacity to fill the Chinese demand, said Steve Wong, executive president of CSPA and chairman of Hong Kong plastics recycling company Fukutomi. He said the scrap restrictions have created a 5-million-ton supply gap for Chinese end users.

Lee also pointed to alternative recovered fiber markets that have grown substantially in the past year, although he offered a qualification: The increased demand among some countries is not necessarily indicative of long-term capacity boosts due to infrastructure investment or manufacturing increases. Some of these large growth changes may, instead, be due to rejected shipments that had tried to enter China at the end of the summer 2017, and they could be temporary.

Mixed paper has seen the most dramatic impact, because it is outright banned from import into China. Vietnam increased its consumption of mixed paper by 616 percent from 2016 to 2017. India and Canada also increased their purchases of mixed paper.

“However, this kind of pales in comparison to how much China is not going to be consuming in the coming years on mixed paper,” Lee said. The shortage means there will be a weakness in Chinese supply of recovered fiber for containerboard production, he added.

India, Mexico and Vietnam are leading on percentage of growth in OCC imports. India and Vietnam each grew about 150,000 tons in their OCC import demand on U.S. exports. For India, that was a 19 percent rise, but for Vietnam it was 156 percent more.

The increase in Vietnam is largely due to Chinese companies moving their operations to the nearby country. India, meanwhile, may already have most of that infrastructure in place and is simply buying more to fill its existing capacity, Lee said.

China’s Ministry of Environmental Protection approved the first round of permits for scrap importers late last month. The permits indicate a steep decline in approved plastic import volumes compared with a year earlier.

They allow a combined total of 9,335 tons of scrap plastic imported into the country. In 2017, the first round of import permits approved nearly 3.9 million tons. That means the new permits allow just 0.24 percent of the volume approved during the same period last year.

ISRI recently published a translated list of the first set of companies inside China that have gained import permits for recovered metal, paper and plastic. The list also includes the companies’ approved tonnages. However, ISRI leadership said it has been “told that this list is just a ‘proposed list’ of companies likely to be approved for the first tranche of licenses.” The group expects a finalized list detailing the first batch of import permits to be issued soon, followed by a list of the companies approved for the second batch.

The permits continue a multi-year downward trend in plastics volumes. Just looking at PET permits approved during the first issuance round each year, weights dropped from more than 3 million tons in 2015 to 1.1 million in 2016, and then up slightly to 1.5 million in 2017 before plummeting to the current 5,692 tons, according to CSPA.

Although it’s just the first round of permits, the decrease — which China has said for months would happen — provides a bleak outlook for scrap importers.

“If this approval rate is continued for the subsequent import permit approvals, the major recycling operations in China, which used to rely on imports, would be forced to switch to sourcing from domestic supply,” Wong of CSPA said.