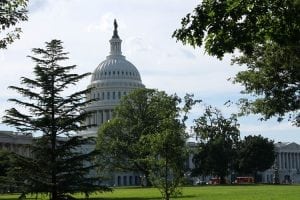 The U.S. EPA’s budget is cut, but not nearly as deeply as President Trump proposed, under a spending plan passed by the House of Representatives last week.

The House on July 19 voted to approve the fiscal year 2019 appropriations bill for the EPA, Department of the Interior and other agencies and programs. The Senate is currently considering a version that gives the EPA the same spending levels it was allocated this year.

The White House expressed concerns about the spending levels, according to The Hill. Trump also proposed deep cuts to EPA’s 2018 budget, but Congress ultimately passed – and he signed – a bill maintaining its budget.

For the 2019 bill, the House Appropriations Committee noted in its bill report that it doesn’t support the proposed elimination of the Resource Conservation and Recovery Act (RCRA) Waste Minimization and Recycling program. Resource Recycling previously reported on how this program supports municipal recycling efforts.

The bill passed in a 217-199 vote. No Democrats supported it and 15 Republicans crossed over to vote against it.