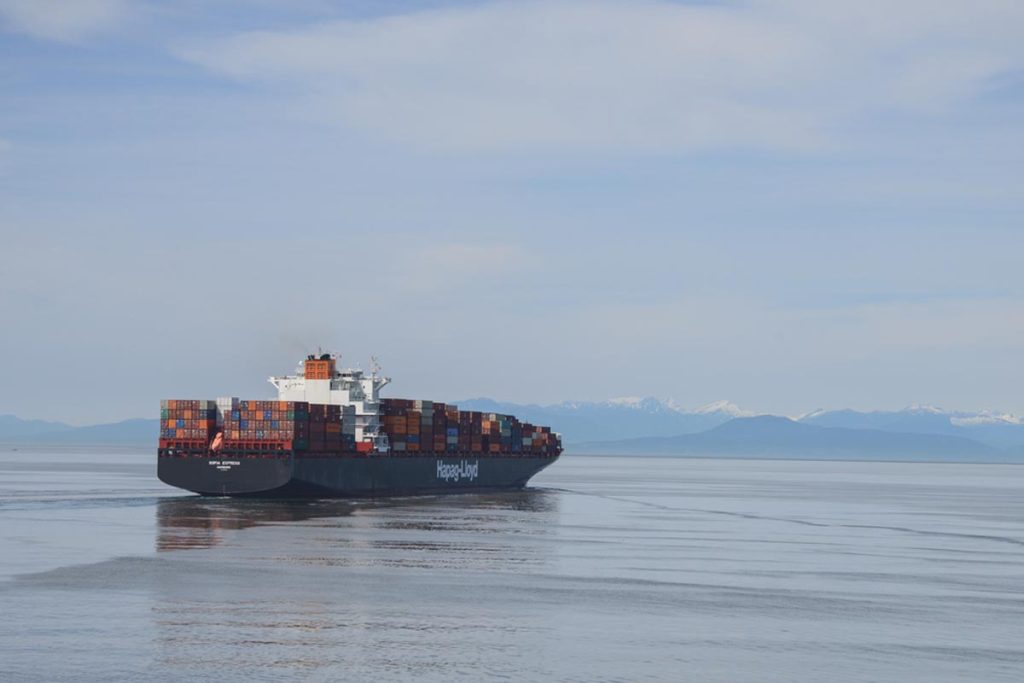 Hapag-Lloyd Aktiengesellschaft took legal action against materials exporter Golden Trust Trading on March 18, 2022, after the shipping giant said it transported 33 containers of PET, PP and PVC film bales from Vancouver, British Columbia to Bangkok in spring 2019 that were rejected by the Thai government. | John Crux/Shutterstock

A federal judge ruled that a Burnaby, British Columbia company owes an international shipping company $4.3 million Canadian dollars over plastics shipments rejected by the Thai government, the second such suit brought against the company.

Hapag-Lloyd Aktiengesellschaft took legal action against materials exporter Golden Trust Trading on March 18, 2022 after the shipping giant said it transported 33 containers of PET, PP and PVC film bales from Vancouver to Bangkok in spring 2019 that were rejected by the Thai government.

According to court documents, Golden Trust contracted with Hapag-Lloyd to ship the containers, but due to a change in Thailand’s environmental import standards, the contents of the
containers were rejected once they arrived. Hapag-Lloyd claimed that the containers remained in the port unclaimed for 782 days, racking up fees, until the company was able to re-export 30 of the 33 containers.

In late January 2021, Hapag-Lloyd sent a letter of demand to Golden Trust, asking it to take possession of the containers, and followed up with a second letter of demand in December 2021. That second letter notified Golden Trust that Hapag-Lloyd had not been allowed to auction, salvage, sell or re-export some of the containers, so the contents were destroyed.

Hapag-Lloyd originally claimed $3.1 million in demurrage, terminal storage and destruction costs in its March 2022 legal action, later upping the amount to $3.9 million for added containers and compounded interest. The company then filed a motion for default judgment in September 2022 after Golden Trust missed an April 2022 deadline to file a statement of defense.

In September 2022, a lawyer representing Golden Trust filed a motion for an extension of time and also submitted a statement of defense, claiming that Golden Trust had not been notified of the stranded containers until December 2021. The company also claimed it missed the deadline to file a defense by four months because it had not gotten an updated case status from Hapag-Lloyd’s lawyers.

Golden Trust further argued that the court did not have the jurisdiction to cover the case, but the judge disagreed.

The judge, Sébastien Grammond, wrote that he denied the motion for extension and granted a partial default judgment “mainly because Golden Trust failed to show that its defense had some merit and that it had a reasonable explanation for the delay.”

However, Hapag-Lloyd’s motions also had several mistakes relating to the number of containers shipped and left in port, and the judge commented that “it is not too much to ask a multinational corporation such as Hapag-Lloyd to be able to describe correctly and precisely what is at stake in a claim amounting to several million dollars.”

For that reason, he awarded the judgment only for the 27 containers in the original statement of claim, not the higher, revised amount of 33 containers, adding that “as the six additional containers are not the proper subject of this action, Hapag-Lloyd may bring a separate action if it wishes to do so.”

No other actions have been filed in the system thus far.

Hapag-Lloyd called the conflicting numbers “an oversight from the plaintiff’s side.”

“It takes a lot of time to get updated information from Thailand and communication is slow due to 12h time difference between Canada and Singapore and documents are received in a scattered manner due to multiple parties and departments being involved, thus explaining the discrepancies,” the shipping company noted in the documents.

A similar case was brought against Golden Trust by Canada-based Yang Ming Shipping in March 2021 in the Vancouver court system, and the parties were ordered into mediation as of November 2022.