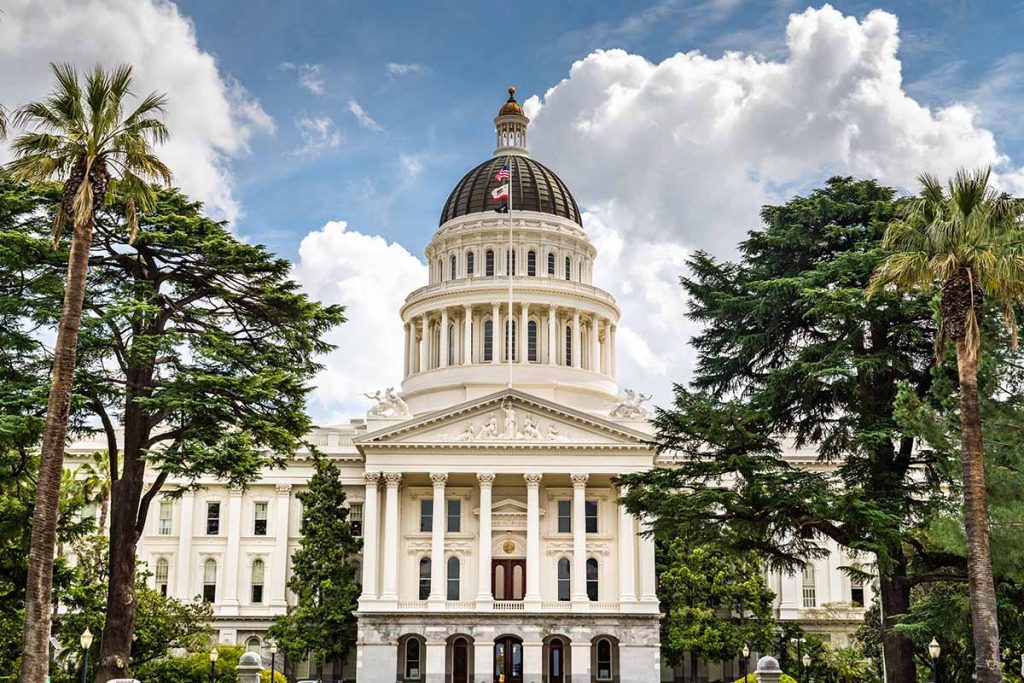 California legislators sent a number of recycling-related bills to the governor at the end of this session. | Leonid Adnronov/Shutterstock

When California’s legislative session ended Aug. 31, a number of recycling-related bills passed just before the deadline. Here’s a roundup of bills currently waiting to be signed into law and that have already been signed.

SB 1013 underwent major amendments prior to passing the Senate and Assembly.

It now adds wine and distilled spirits to the state’s container redemption program and also authorizes market development initiatives and processing infrastructure improvements for recovered glass, as well as creates several grant programs and removes the option for retailers to choose to pay a $100 daily fee instead of accepting returned containers, requiring them to either accept the containers or join a dealer cooperative.

The legislation covers a huge category of food and beverage packaging, and requires thermoforms to average at least 10% PCR starting in 2025.

AB 2440 creates an extended producer responsibility (EPR) program for loose batteries that can be removed by consumers. It awaits the governor’s signature.

The original bill text included battery-embedded products, but that was removed in favor of covering those products in a separate bill (see SB 1215 details below).

Producers can either set up collection programs individually or through a stewardship organization, according to the bill text, and will be responsible for fully funding training, collection and disposal. Program operators will also have to achieve a minimum recycling efficiency rate of 60% for rechargeable batteries and 70% for primary batteries by Jan. 1, 2027.

In the wake of its passage, Call2Recycle CEO Leo Raudys said in a statement that “proper battery recycling is not just a safety imperative, it’s also an environmental and social responsibility.”

SB 1215 adds battery-embedded products to the state’s existing e-scrap program. As of Jan. 1, 2026, consumers would be charged a point-of-sale fee to cover the end-of-life costs of the devices. The bill awaits the governor’s signature.

A covered battery-embedded product is one containing a battery “that is not intended to be easily removed from the product by the consumer with no more than commonly used household tools,” the bill’s text states, excluding medical devices, energy storage systems and electronic nicotine delivery systems. The bill is on the governor’s desk.

SB 54 was signed into law June 30. It creates a producer responsibility organization (PRO) to run a collection and recycling program, with state oversight, for printed paper and packaging.

Also known as the Plastic Pollution Prevention and Packaging Producer Responsibility Act, the bill mandates a 25% reduction of single-use plastic packaging and foodservice products by 2032, with nearly half of that reduction coming from the direct elimination of plastic packaging or switching to reuse and refill systems, instead of switching to another single-use material.

A version of this story appeared in Resource Recycling on September 7.