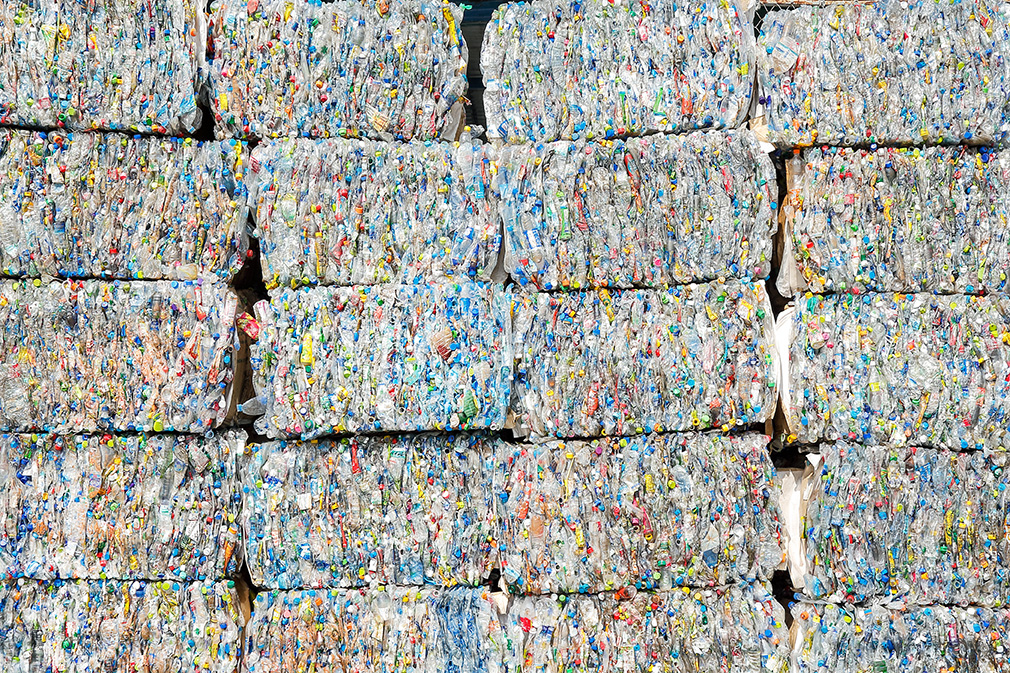 Greystone Logistics is installing shredding and pelletizing equipment so it can purchase more lower-cost scrap polyethylene, as opposed to recycled resin. And Unifi is opportunistically buying PET bottle bales while it works to pass feedstock cost increases on to buyers of its recycled polyester.

There were a couple of key takeaways from recent annual financial reports from the two manufacturers, which are major end users of recycled PE and PET. The filings generally cover the latter half of last year and the first half of this year, a period that saw high bales prices.

Since then, post-consumer PET and HDPE values have taken a dive, according to RecyclingMarkets.net.

Repreve brand fiber, which is made from post-consumer PET bottles, made up about 36% of the company’s sales revenue during the 2022 fiscal year, down from 37% the prior year, according to a press release. Unifi’s goal is for Repreve to constitute 50% of sales.

“We saw U.S. bale bottle prices in April and May reach historic levels,” Unifi CEO Eddie Ingle said during an Aug. 11 conference call with investors. He noted that PET bale prices and recycling yields are the most important cost inputs for the company’s recycled fiber products.

“But we have implemented further price adjustments in July and August to mitigate the impact of these cost pressures on our margin profile and are seeing some relief in raw materials,” he added. Executives say the price increases will allow Unifi to return to more normal profit margin levels in the U.S. this fall.

Additionally, since those high points in April and May, bale prices have returned to more normal levels, Ingle said, “and we are being opportunistic in buying some bottles at the lower price.”

During the call, Ingle was asked about the impacts of extended producer responsibility (EPR) and minimum-recycled-content mandates coming into effect for PET bottles. For example, California law requires bottles covered by the state’s container redemption program to average 15% PCR by 2022, 25% by 2025 and 50% by 2030, although the statutes provide beverage companies ways to avoid the RPET requirements.

Ingle said the demand stimulated by the policies will increase collections in the long term, benefitting Unifi. Part of what drove high PET bale pricing in the second quarter of 2022 was very poor PET bottle recycling rates in the U.S., he said.

“So, I see it as a positive long term to encourage people to increase collections,” he said. “We will mitigate some of our needs for bottles. But again, that pressure is going to be on the West Coast and all of the models that we collect in the U.S. are on the East Coast or predominantly on the East Coast.”

Greystone Logistics, which annually recycles about 88 million pounds of post-consumer polyethylene into pallets, pulled in $74 million in sales during the 2022 fiscal year, up 14% from the prior year, according to the company’s annual report.

The company attributed its increase in sales revenue to an 8% increase in the price of Greystone’s products – a pricing adjustment that transferred higher feedstock costs to customers – and a 6% increase in the number of pallets sold, primarily to distributors.

Despite the better result, the company reported that its costs of sales increased substantially during the 2022 fiscal year. Greystone pointed to several reasons: resin prices increasing faster than the company could increase its pallet prices, a shortage of personnel, higher wages and machine downtime.

In response to higher recycled resin prices, Greystone is working to purchase more unprocessed scrap to reduce its average cost of resin, the annual report notes. The company’s recycling operations are in Bettendorf, Iowa.

“Currently, Greystone’s capacity to process resin is at a maximum thereby creating more reliance on purchasing processed resin at a relatively higher cost per pound,” the annual report notes. “To increase the capacity for processing resin, Greystone has purchased a new shredder and pelletizing system, which are expected to become operational during the period from November 2022 to February 2023.”