How new California law is ‘putting the industry on notice’ 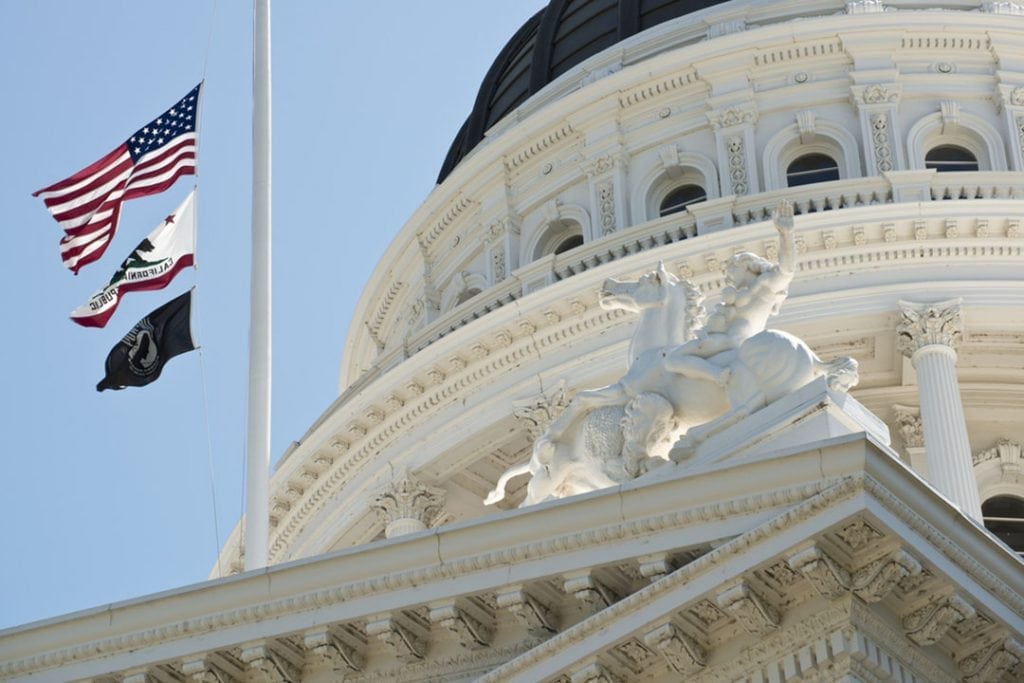 As part of the agreement, environmentalists removed the California Recycling and Plastic Pollution Reduction Act ballot measure from the Nov. 8 ballot. The measure, originally submitted in November 2019, would have addressed plastic pollution with a plastic tax paid by manufacturers.

Nick Lapis, director of advocacy for Californians Against Waste, said after briefly switching its support to the ballot measure, in the end his organization supported the final version of SB 54.

“The amendments that the Assembly took really addressed most of our concerns,” he told Resource Recycling. “They put in significant backstops to make sure that we’re not just putting all of our eggs in the basket of an industry-run PRO.”

Those backstops include more state regulatory power, an explicit prohibition on waste-to-energy processes, oversight of what gets shipped out of the state and stronger language on polystyrene.

“All of those were huge improvements that brought us back into supporting it,” Lapis said. “We’re happy to be back in support. We were supporters of the bill from the first day, so it was definitely awkward spending a week opposing the bill – a week out of four years.”

Sen. Ben Allen, one of the authors of the bill, said, “California was able to show that we can pass strong environmental legislation with bipartisan support.” He thanked the ballot measure proponents “who helped to force this issue.”

“With this new law, California continues its tradition of global environmental leadership – tackling a major problem in a way that will move and grow markets in sustainable innovations, create incentives for investment and give tools to other states and countries to help play their part in this fight,” he said.

In the days leading up to the deadline, the bill was amended multiple times to strengthen environmental protection and government oversight and enforcement.

The changes include more clarification that CalRecycle will revoke approval of the PRO if it fails to meet the requirements of the bill. Lapis said that was one of the amendments he was most excited about, as it matched the vision of the ballot measure.

“I feel like that’s putting the industry on notice,” he said. “You have a few years to really get going and if you mess up, we will directly regulate you. I think that’s incredibly strong.”

The amendments also clarified that the definition of recycling does not include combustion, incineration, energy generation or fuel production except for anaerobic digestion.

On the enforcement side, the bill allows CalRecycle to adopt regulations to verify that materials shipped out of state meet processing and contamination standards, prevents EPR fees from being listed as separate items on a receipt or invoice, and establishes fees to incentivize producers to shift away from materials with heavy metals, pathogens or additives.

One previous area of contention had been over an outright ban on expanded polystyrene, which ballot measure supporters wanted, versus setting a high recycling target that would create a de facto ban. The bill originally called for a 20% recycling rate for polystyrene by 2025, but the amended version sets a 65% rate by 2032, with interim steps of 25% by 2025, 30% by 2028 and 50% by 2030.

CAW’s Lapis said the new polystyrene language “really puts the onus on the manufacturer” to prove it is meeting recycling rate targets.

The bill also sets up a California Plastic Pollution Mitigation Fund to address existing environmental damage and health impacts. The PRO would fund the account via an environmental mitigation surcharge, which would start at $500 million per year from 2027 through 2037, with 60% of the fund’s dispensations focused on low-income, disadvantaged and rural communities.

Anja Brandon, U.S. plastics policy analyst at Ocean Conservancy and a principal contributor to the bill’s text, said it was “hard to capture how momentous this feels.”

“The United States is the No. 1 generator of plastic waste in the world and a top contributor to the ocean plastics crisis,” she said in a press release. “We can’t solve this problem without U.S. leadership, and by passing this law, California is righting the ship. This is a huge win for our ocean.”

However, he said the legislative method will be the “surest outcome for impact.”

“Historically, ballot initiatives face an uphill battle for implementation even when passed, meaning it could be years before any of its provisions would go into effect,” Mallos said. “Not only is SB 54 as strong or stronger than the ballot in many ways, but we are looking at guaranteed action on this critical issue immediately.”

Heidi Sanborn, executive director of the National Stewardship Action Council, said the bill represents EPR 3.0+ and that she is “confident this program will deliver.” Shareholder activist group As You Sow also applauded the bill’s passage, as did the Institute of Scrap Recycling Industries. The Product Stewardship Institute said the bill is in keeping with its packaging EPR model legislation, which it drafted in 2018.

Glass Packaging Institute President Scott DeFife said the bill “evolved into a balanced and comprehensive effort to upgrade waste management and recycling policy in California, and will dramatically improve the quality of glass and all recyclables in-state.”

Steve Alexander, president and CEO of the Association of Plastic Recyclers (APR), said the success of the bill depends on how it’s implemented, but the bigger question is whether it will be able to funnel more material to recyclers.

“It’s yet to be proven that any EPR model actually solves the issue. The recycling industry has the capacity to recycle more material,” he said, it just needs to be provided with it. Alexander said he was hopeful. (APR owns Resource Recycling, Inc.)

Some organizations, like the American Chemistry Council (ACC), had called for the ballot measure to be withdrawn in favor of the bill.

“The law is not perfect, as we outlined in our previous statement,” Joshua Baca, vice president of plastics at ACC, said in a press release. “However, SB 54 is a better outcome than the withdrawn anti-plastics ballot initiative.”

Baca said ACC will focus on working with lawmakers, regulators and other stakeholders to “help ensure the implementation of SB 54 matches its intent: eliminating plastic waste and improving plastics circularity, while minimizing costs on Californians.”

“Nobody got everything they wanted in SB 54, but we remain steadfast in our belief that all stakeholders can do more to benefit California by working on constructive solutions rather than attacking each other,” Baca said. “We want to be a partner in sustainability so society can retain the benefits plastics provide to our modern lives while ending plastic waste in our environment.”

The American Institute for Packaging and the Environment (AMERIPEN) also said it supports the goals of SB 54, but the bill itself is “an impactful but somewhat flawed piece of legislation.”

“It is not an ideal model, as it has been touted, for packaging producer responsibility in California or anywhere else,” Executive Director Dan Felton said, adding that it will “create an administratively burdensome system” and will not satisfy the need for more material to be collected.

The Association of California Recycling Industries (ACRI) also preferred the ballot measure, saying “while we appreciate the Legislature’s stated goal to target problematic single-use consumer packaging waste and plastic single-use food service ware, several of the amendments published in the last couple of days will have a devastating impact on recycling in California.”

Locally, Martin Bourque, executive director of the Berkeley Ecology Center, said in a statement he was “thrilled to finally place the responsibility where it belongs, on the shoulders of the producers, while also ensuring funding for clean-up in the most impacted communities.” He called SB 54 the “biggest development in waste reduction policy in more than 30 years.”

“As the nation’s longest-running curbside recycling program, we know firsthand how devastating the aggressive switch to plastic packaging has been on recycling programs, disadvantaged communities, public health and the environment,” Bourque said. “The plastic industry spends millions of dollars every year to trick the public into thinking all plastic packaging is recyclable. Now they will have to rethink their packaging strategies or pay full cost for their impacts.”

The Berkeley Ecology Center, established more than 50 years ago, operates Berkeley’s curbside recycling program and calls itself an “environmental and social justice nonprofit organization.” The group is a member of the Alliance of Mission-Based Recyclers, which formed a year ago to argue in favor of recycling and zero-waste policies as lawmakers look at policies such as EPR.

Bourque added that the PRO will “require more watchdogging than ever to ensure it does not follow age-old industry tricks, false promises and greenwashing,” but he’s “satisfied that CalRecycle will have the necessary authority to ensure the PRO lives up to its legal requirements.”

The energy in the Capitol building the day the bill was signed felt “like the end of a long saga,” CAW’s Lapis said, but he feels that the bill is just the beginning.

“We have our work cut out for us,” he said. “The success of the whole program will come down to how engaged the NGOs are, how engaged the legislature is, how good of a job the regulators do. It’s an experiment, it’s a huge experiment and we will do everything we can to make it successful.”

A version of this story appeared in Resource Recycling on July 6.