How a startup will track scrap plastic shipments 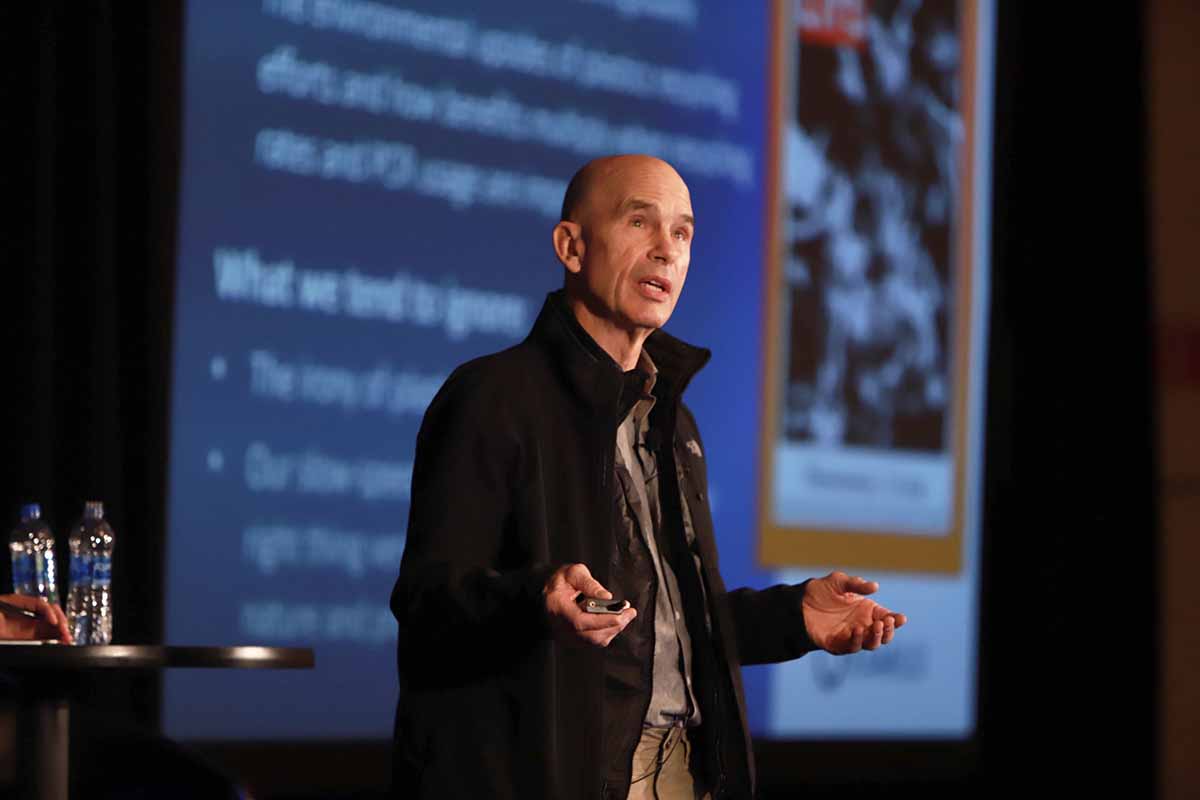 The U.S. EPA has provided funding to Kamilo, Inc., which uses technology to monitor material moving through the recycling chain, with a goal of increasing the value of recycled resins.

The EPA in December awarded a $100,000 grant to Kamilo, an Oakland, Calif.-based startup that uses advanced software to help the value chain track material shipments. Founded in late 2019, the for-profit public benefit corporation is the brainchild of Anna-Marie Cook and Bill Robberson, both formerly U.S. EPA staff members.

The goal of Kamilo’s technology is to provide accurate plastics recycling supply chain data, which is lacking, Cook, the company’s co-founder and CEO, told Plastics Recycling Update in an interview.

“It’s very granular compared to anything that’s out there now,” she said, “and we’re hoping that it’ll bring much better measurements and much better data for what’s going into products that call for recycled materials.”

The user inputs a few elements, including shipment weight and the polymer, and takes photos, and the information is uploaded to a quantum ledger database (QLDB) hosted by Amazon Web Services. QLDBs provide immutable, transparent and cryptographically verifiable transaction logs.

Kamilo’s technology is hosted on a geospatial portal provided by Esri, a geographic information systems (GIS) software company, allowing information on shipments of bales, flakes, pellets or interim or final products to be integrated with GIS layers containing information on transportation systems, land use, natural features, utilities and more.

Subscribers have access to a dashboard where they can access the information in real time, Cook said. “We can watch the movement of plastic as it goes from facility to facility,” all the way to the final product, Cook said.

When they worked for EPA’s Region 9, which includes California, Hawaii and the Pacific Island territories, Cook and Robberson visited Hawaii’s Kamilo Point. In Hawaiian, “kamilo” means twisting or swirling currents.

At the southern tip of the Big Island, the beaches there are inundated with plastic litter, said Cook, who started EPA Region 9’s marine debris program. That program is now the EPA’s Trash Free Waters program that is receiving funding through the Save Our Seas Act 2.0 passed and signed into law in December 2020.

Cook said she and Robberson made a pact that, someday, they would start a for-profit company together aimed at lifting the value of plastics so they wouldn’t be discarded and end up in the environment. Robberson left the EPA in August 2018 and Cook left in February 2021. They incorporated Kamilo, Inc. in November 2019, although work developing the startup didn’t proceed in earnest until early 2021, she said. Robberson is company co-founder, president and chief technology officer. The small team also includes Chief Financial Officer Dave Reilly, who joined in 2020.

For customers, the data generated by Kamilo’s technology provides assurances to consumers and brand owners that they’re receiving products made with recycled resin, potentially allowing Kamilo to provide verifications of recycled content that are required under legislation coming on-line in a number of states, including California, Cook said.

The data also gives materials recovery facilities (MRFs) and other upstream participants confidence that the bales they’re shipping out are being recycled, not burned or landfilled, she said.

Kamilo is also able to offer levels of anonymity for companies that don’t want to be identified by name as buyers or sellers of the material, while still providing generic data to indicate where the material traveled, Cook said.

The inclusion of Ersi’s geospatial data helps value chain participants know where to send their plastic to reduce their greenhouse gas (GHG) emissions, Cook said, and it can help inform decisions about facility siting. The software relies on the EPA’s Waste Reduction Model (WARM) to calculate GHG impacts of using the recycled resins, shipping impacts and more. Robberson spoke about his company’s GHG emissions data capabilities during a GHG-focused plenary session at the 2022 Plastics Recycling Conference, which was held March 6-8 near Washington, D.C.

The EPA money Kamilo received was a Small Business Innovation Research (SBIR) Phase I grant (because of her former work on microplastics for the EPA, Cook said she consulted with and followed guidance from EPA’s ethics attorneys in applying for a grant).

The money from the Phase 1 grant, which runs through May 31, 2022, helped Kamilo launch pilot projects around California, Cook said. The organizations Kamilo is working with primarily handle HDPE and LDPE film, with a little PP.

“By and large, I’d say the response has been overwhelmingly positive,” she said.

Kamilo also plans to apply for EPA SBIR Phase II funding, which pays to bring a technology to full commercialization, she said.

The technology can be used to track shipments of any materials, including other recyclables, she noted. For example, people who are participating in the pilot project have expressed interest in tracking downstream shipments of cardboard, she said.