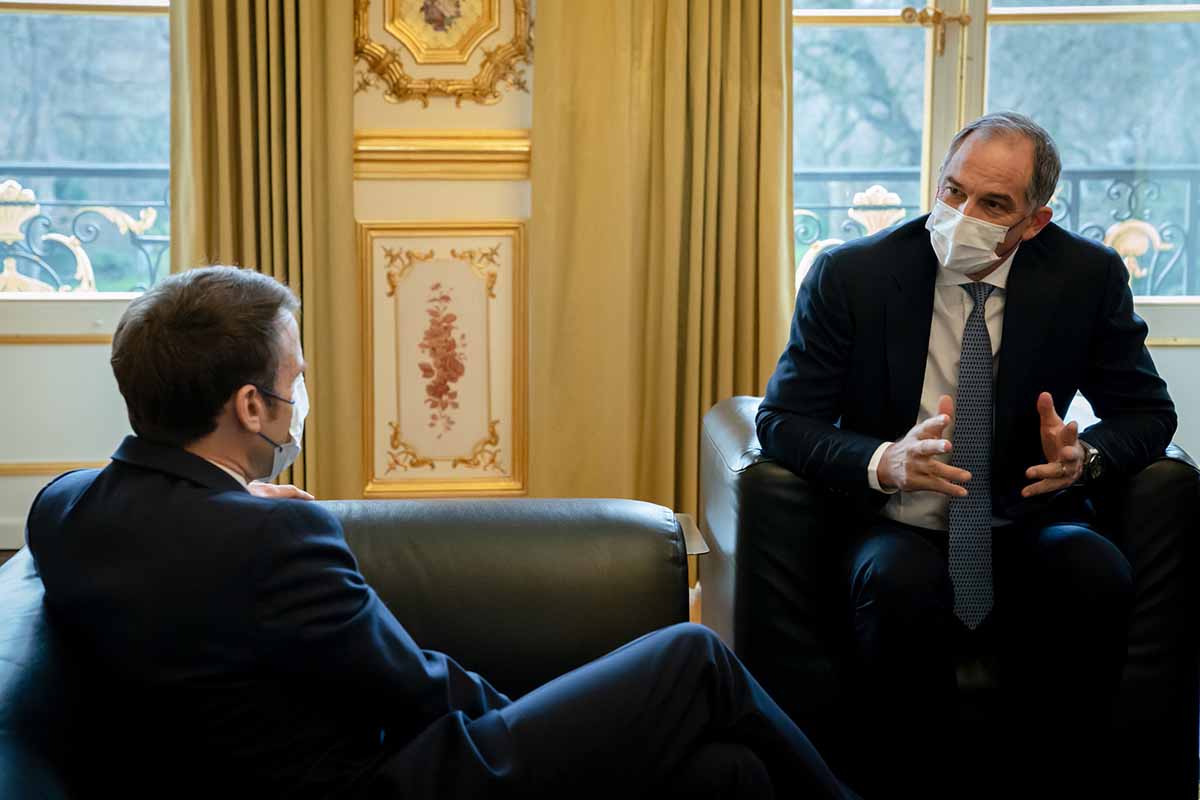 Procter & Gamble, Danone, L’Oréal and other global brand owners have signed letters of intent to buy chemically recycled resin from a $1 billion plant Eastman is planning in France.

The Kingsport, Tenn.-based plastic and chemicals producer announced on Jan. 17 that it plans to spend up to $1 billion to build a polyester depolymerization facility in France. The investment is so large that Eastman CEO Mark Costa was invited to announce it at a one-on-one meeting with French President Emmanuel Macron at the Élysée Palace.

The facility, which would bring in bales of hard-to-recycle plastic and produce new polymers, will be capable of processing up to 160,000 metric tons of plastic a year, or over 350 million pounds. According to a press release, the facility will include equipment to break mixed-plastic bales and prep material for processing, a methanolysis unit to break down PET and other polyester scrap into the chemicals dimethyl terephthalate (DMT) and ethylene glycol (EG), and a unit to purify and re-polymerize the chemicals into Eastman’s branded polymers for use in packaging, textiles and other products.

Eastman already uses its methanolysis process, which it calls “polyester renewal technology,” at its Kingport headquarters location. The publicly traded company is spending $250 million over two years to build out that plant, which will have a capacity of 100,000 metric tons.

The facility in France will be even bigger. In a FAQ sheet, Eastman noted that nearly 30% of its business revenue comes from Europe, and building a plant there will reduce the company’s carbon footprint from shipping plastic to customers outside the U.S.

“The plan to build the world’s largest plastics recycling facility in France is an important part of our overall circular economy strategy,” Costa stated in the release. “Today’s announcement is a key milestone towards our commitment, and we expect to achieve additional milestones in the coming months, including agreements related to securing the plastic waste that will be raw material supply, securing government incentives, and the site location decision.”

Eastman’s Holli Alexander will be among a range of key stakeholder voices in the “Next Steps for Chemical Recycling” panel at the upcoming Plastics Recycling Conference outside Washington, D.C. The session takes place Monday, March 7 at 3:30 p.m. Eastern. Register today!

A number of brand owners have already signed letters of intent to buy recycled-content resin produced at the factory in France. According to the release, they include LVMH Beauty, The Estée Lauder Companies, Clarins, Procter & Gamble, L’Oréal and Danone.

Eastman also plans to establish an “innovation center for molecular recycling” at the French site.

The construction schedule is still a bit uncertain until Eastman chooses a facility location, which is expected to happen in coming months, according to a company FAQ sheet; however, Eastman noted the facility could be operational as early as 2025.