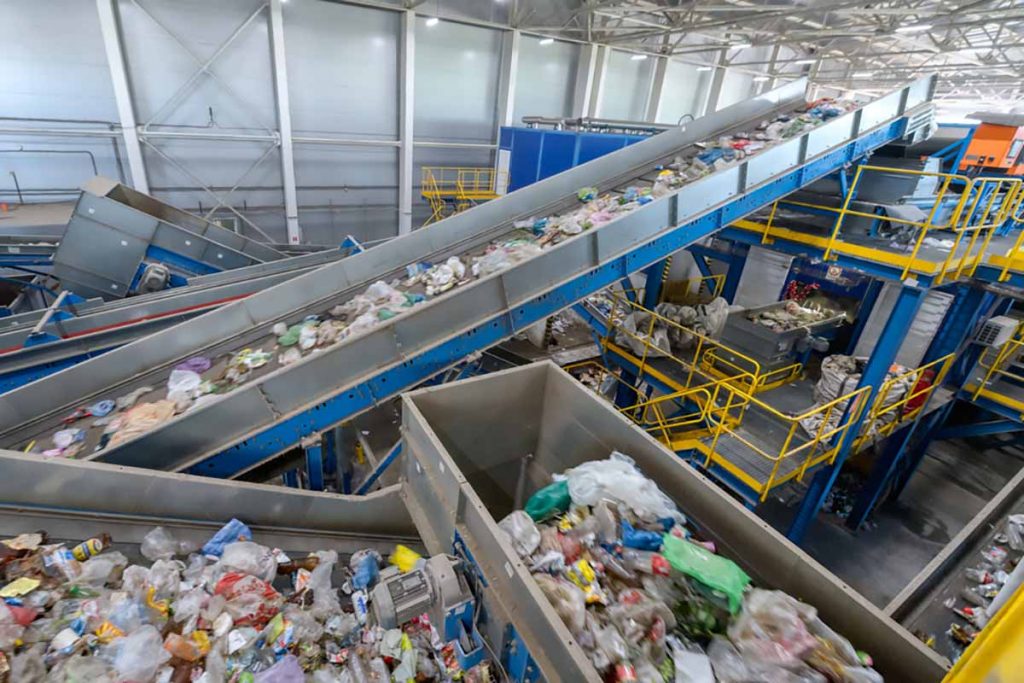 The California Statewide Commission on Recycling Markets & Curbside Recycling in late June published an expansive report aimed at providing recommendations for California lawmakers and regulators. The 183-page document suggests a wide array of policies that the commission “unanimously considered most urgent,” according to the report.

The commission centered on policy changes that would further four key goals: reducing safety hazards to recycling facilities, workers and surrounding communities; eliminating packaging that impedes recycling; improving recycling market efficacy; and ensuring recyclables are processed in a way that conforms to “the environmental and social intent of recovery efforts.”

In all, the commission made 30 specific recommendations. However, it was a single determination for polypropylene (PP) packaging that generated immediate industry chatter.

As part of its recommendations, the commission created a list of products that are “recyclable and compostable and regularly collected in California curbside recycling programs,” using specific parameters to determine which materials make the cut. The group recommended the state only allow materials included on this list to be marketed and labeled as “recyclable” in the state.

“In addition to reducing contamination in the solid waste system, this proposal allows consumers to make informed purchasing decisions based on the recyclability of the items they purchase,” the report states. “The proposal will also send a signal upstream to manufacturers to choose recyclable packaging choices and to support California’s recycling markets by purchasing recycled material at sustainable prices.”

PP plastic was not included on the list. The decision comes in the wake of the How2Recycle program last year downgrading certain PP packaging formats from “widely recycled” to “check locally.”

In its recent report, the California commission said local programs should be “encouraged to accept only products and material types and forms that are separated into individual marketable grades, not requiring secondary sorting or separation, and reused as raw material for new products.” However, it added the policy does not intend to outright prohibit local programs from accepting certain materials, even those not on the list.

Shortly after the commission’s report was released, several industry organizations countered that PP should be on the list, in light of a national push to increase collection and demand for the resin.

The Recycling Partnership, the Association of Plastic Recyclers (APR) and Closed Loop Partners issued a July 1 joint statement outlining how the report “concerns our organizations” due to the list, which includes PET and HDPE bottles but no additional plastics.

The Recycling Partnership has recently worked to boost PP recovery through its Polypropylene Recycling Coalition, which is providing grants to MRFs to increase collection of the material. APR serves in an advisory role to the coalition. Closed Loop Partners, meanwhile, has conducted research and analysis on improving polypropylene recovery and demand. (APR owns Resource Recycling, Inc., publisher of Plastics Recycling Update.)

“We believe the recommendation not to include PP on the list underestimates the recycling access, capture, and marketability of PP in California and could prove detrimental to PP recycling and waste reduction within the state and nationwide,” the groups wrote.

Heidi Sanborn, chair of the California commission and executive director of the National Stewardship Action Council, told Plastics Recycling Update the accepted material list is not static and that there’s a process for adding and removing materials.

Under criteria laid out in the report, a material type must be separated into an individual grade by at least 75% of curbside MRFs in the state for that material to be eligible for “full acceptance” on the recyclable list. Materials separated by at least 60% of MRFs are eligible for “conditional acceptance,” provided that an additional 15% of MRFs have agreements to separate a given material within 12 months.

For material separated by even fewer MRFs, advocates can submit a plan to CalRecycle for how the material can hit 60% separation, and upon approval the material can receive “conditional acceptance” status.

“We want people to be able to get onto the recyclable list, but they have to actually achieve the goal; they can’t just talk about achieving the goal,” Sanborn told Plastics Recycling Update.

The commission process was kicked off by the 2019 California Recycling Market Development Act and subsequent legislation, which sought recommendations on how the state can meet its recycling goals. Those targets include recycling, composting or source-reducing at least 75% of solid waste generated in the state by 2020 (the state missed this goal, hitting an estimated 37% in 2020).

In a release, the commission noted the report has significance beyond California’s borders.

“The problems facing California are virtually the same as those being faced by other states, and we hope these recommendations can inspire policymakers across this country to take action,” Sanborn noted in announcing the report.

The commission approached its recommendations with a few priorities above all others: stop the export of recycled materials from California to countries that lack the ability to properly handle the materials, ensure those products have markets within the state, and increase the number of container redemption centers in the state.

“The public is less likely to participate in recycling if it is inconvenient, if they feel items are not actually being recycled, or if environmental justice concerns are not being addressed,” the report states.

To these points, the commission recommends California encourage federal action to ratify the Basel Convention. The group also said mixed plastics that are exported should be considered “disposal” when it comes to a community meeting its disposal reduction targets.

Additionally, the group said the California Department of Resources Recycling and Recovery (CalRecycle), which regulates recycling within the state, should ensure residents have access to “clear information on where their recyclable materials are sent, including the names and locations of the specific facilities where material is sent once it leaves the United States, even if it is being handled by a broker.”

To improve container redemption access through the state’s deposit return system – which has been plagued by mass closures of redemption facilities across the state – the commission recommended the state budget $10 million per year to assist with opening or reopening redemption centers, and provide up to $10,000 per month to help new locations in underserved areas.

The report also suggests CalRecycle be given greater authority to make temporary changes in response to redemption program needs.

A version of this story appeared in Resource Recycling on July 7.