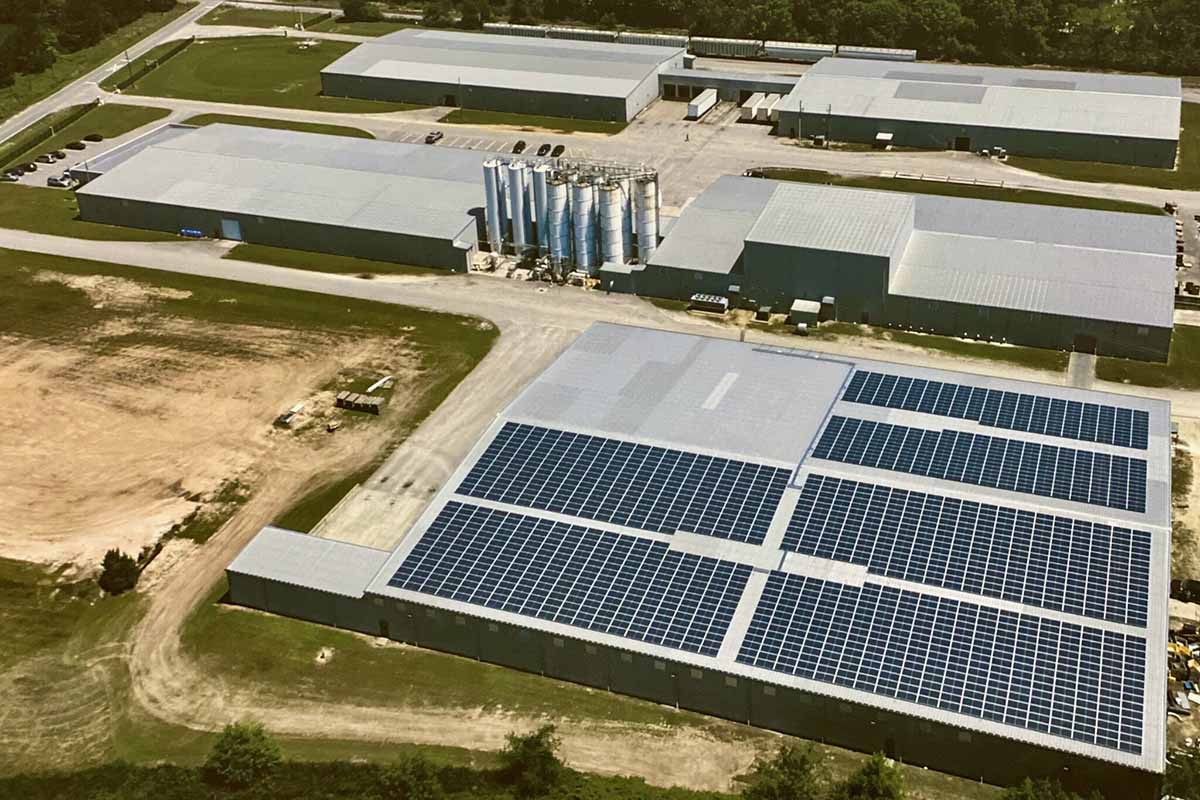 PolyQuest has invested more than $50 million in the Darlington facility since 2004. | Courtesy of PolyQuest

Headquartered in Wilmington, N.C., PolyQuest has been steadily expanding its Darlington, S.C. facility in recent years. Most recently, the company added 25 million pounds of annual recycled PET processing capacity in 2020.

Currently, the Darlington facility has the capability to process 160 million pounds per year of recycled PET. In order to fully utilize that capacity, the company this month announced a series of facility upgrades, a project PolyQuest says marks the eighth expansion of the South Carolina plant.

In an interview, Tod Durst, the company’s president, said the latest expansion focuses on improving the facility’s materials handling and transport abilities.

“As we continue to grow our footprint, not just in PET and recycled PET but also into polypropylene and also into polyethylene, we need adequate infrastructure in place to be able to service our customers in the way they need to be serviced,” Durst said. “That was our primary driver in this expansion.”

PolyQuest is adding four buildings that together total 225,000 square feet, which can be used for storing feedstock and finished goods. The square footage can also be used for sorting and grading inbound recycled PET feedstocks, Durst noted.

The storage capacity is particularly important in light of the business disruptions over the past year.

“Because of supply constraints and delays and production disruptions, it’s imperative that we’re holding the type of stock we need to service our customers,” Durst said.

Beyond the square footage, PolyQuest is adding two new rail spurs to the Darlington site. When the expansion is complete, the 525,000-square-foot site will have the capacity to hold 38 rail cars.

“A lot of our customers like to receive material in rail, and the added rail spur space allows us to meet their needs to provide more railcar shipments,” Durst said.

All told, PolyQuest has invested more than $50 million in the Darlington facility since 2004, the company announced.

Analysts have questioned whether the brand owner demand will continue amid pandemic-driven disruptions and low virgin pricing. Additionally, major PET reclaimer CarbonLite recently declared bankruptcy and stated that part of the business trouble was due to end users refusing to pay higher prices for recycled resin.

“We see, really, no wavering from the brand owners from their commitment to increasing the recycled PET content and the packaging they put their products into or the products they make in general,” Durst said.

He noted it is still a challenging market and there are many hurdles to overcome, particularly when it comes to resin pricing. But he said the demand from the consumer for recycled material in packaging is strong, ensuring brand owners will continue buying post-consumer resin.

“In the 14 years we’ve been in recycled PET, brand owner demand for recycled PET content has never been higher,” Durst said. “And we do not really see that falling off in the next several years.”